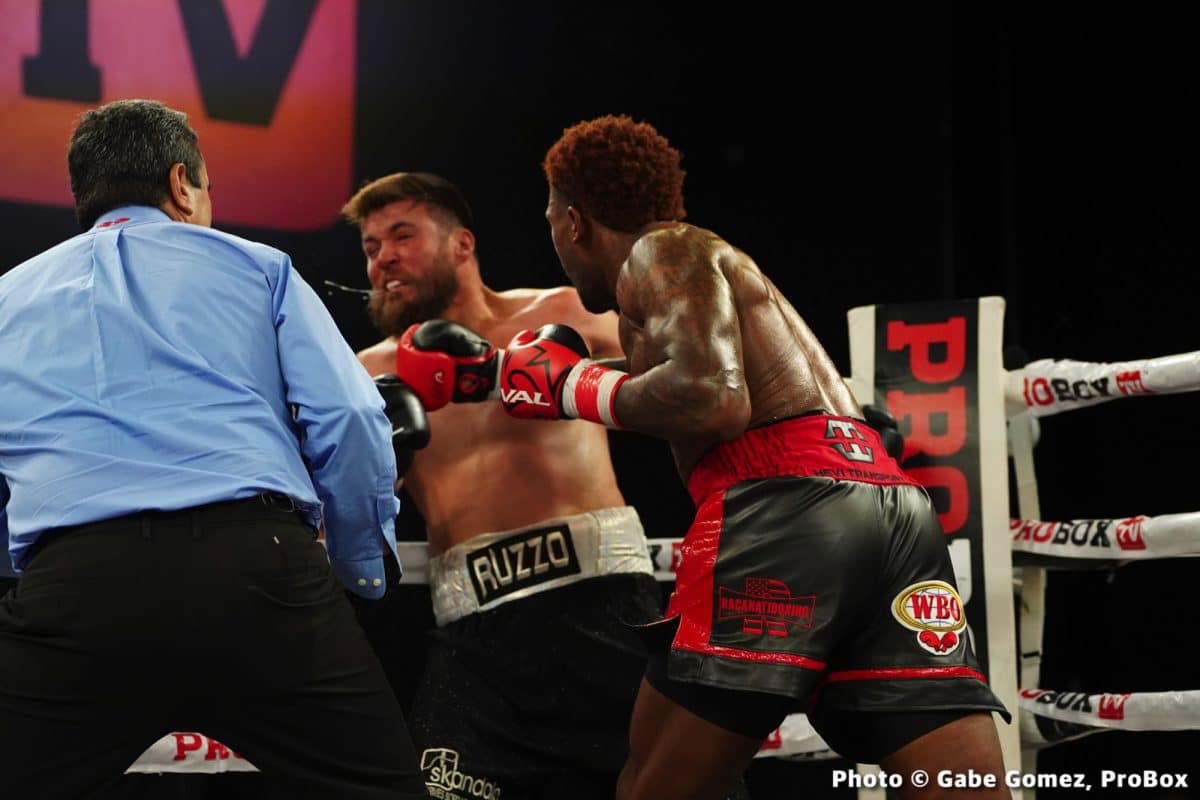 Brandon Glanton had another quick night of work.

The cruiserweight remained unbeaten Friday night, knocking out Mario Aguilar in the second round of a scheduled 10-round affair at ProBoxTV Event Center in Plant City, Florida.

With the win, Glanton (17-0, 14 KOs) picked up his third consecutive knockout.

From the onset, "Bulletproof" looked to put his adversary on the defensive, and he was successful as he backed up Aguilar against the ropes and unloaded combinations.

From the opening bell, Glanton was the aggressor, putting Aguilar on the defensive. Glanton would back the game Aguilar up against the ropes and throw two-punch combinations.

In the second round, Glanton hurt Aguilar and appeared on the verge of stopping him. Moments later, referee Jose Rivera attempted to intervene but was drilled by an errant left hook from Aguilar. Rivera stumbled backward but remained on his feet as Glanton knocked out Aguilar with a left hook to the body just seconds later. moments later, Glanton landed a left hook to the body that dropped Aguilar to one knee. Aguilar remained in that position as he was counted out at 1:09.

“He came out just like I thought he would,” said Glanton after the fight. “He came out punching. But I don’t know why he decided to make it a battle of attrition because that’s my game.

“He can punch. I could see (me landing the body shot) coming from a mile away though. He gave it to me. Body, head. But I did not expect it to come so easily. I thought I was going to knock him out cold because he kept giving me the chin shot, but I went to the body and it was all over.”

The 30-year-old Glanton was coming off a fifth-round knockout of DeShon Webster on July 9, which also took place at the ProBoxTV Event Center.