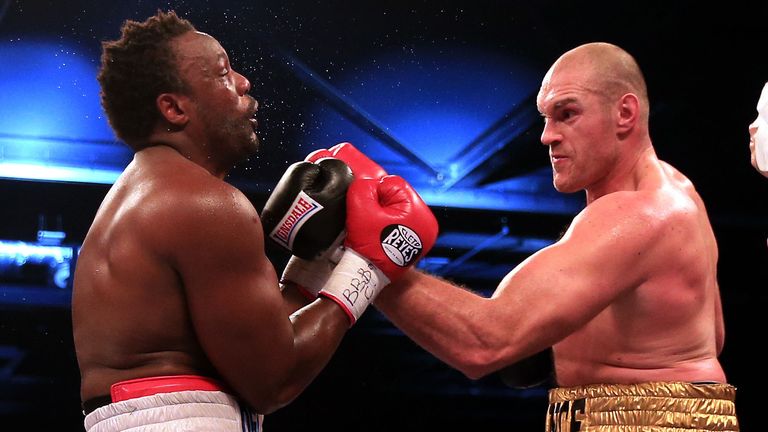 On December 3rd, 2022, at the Tottenham Hotspur Stadium in London, the WBC Heavyweight Championship will be on the line as Tyson Fury takes on Derek Chisora.

According to the betting sportsbooks, this will be a one-sided fight, though surprises do happen, even in the heavily stage-managed world of professional boxing. But if you’re confused about why this fight is happening, what it means and why Tyson Fury is no longer retired, here are five things to know:

Even by boxing standards, Tyson Fury’s retirement was short. Back in April, he knocked out Dillian Whyte and announced to the world that he was retiring.

For a few months, that remained his position, and fears over the effects of the damage he had sustained in his earlier trilogy fight with Deontay Wilder made that a reasonable position. He certainly seemed to mean it.

However, it seems that he didn’t take well to retirement and boredom eventually began to take its toll. Initially, Fury teased his return by talking about fights against Hafthor Bjornsson and Francis Ngannou. He then appeared to unretire, called out his old foe Chisora, and retired again, in the space of a few weeks.

In the fall, he unretired again and speculation about his next opponent was renewed.

A matchup no one asked for

Initially, Fury was trying to line up a fight against Oleksandr Usyk, who holds the WBO, IBF and WBA titles. But after he beat Anthony Joseph in August, Usyk was said to want more time off. A new date for the fight of February 2023 emerged, but Fury also made it clear that he wanted another fight before then.

The obvious solution was to take on Joshua in another all-UK fight. That seemed to be a distinct possibility, but negotiations broke down, reportedly over money, with Fury wanting a 60% split.

Once Joseph was out of the question, attention switched to Chisora, a fighter he has already beaten twice. It is fair to say that no one in the boxing world was eager to see another edition of this matchup, not least of all because Chisora is a long way off his prime.

Chisora is not a contender

Derek Chisora is an admirable fighter and at one time, a genuine contender. Born in Zimbabwe, Chisora moved to the UK as a teenager and started training at the age of 19, at the same club where Anthony Joshua later trained. He won 20 amateur fights and made his professional debut in 2007.

He won his first 14 professional fights, before losing his British and Commonwealth titles to Fury in 2011.

Between 2011 and 2014, Chisora was considered one of the main heavyweight contenders and the peak of his career came in 2012 when he took on Vitali Klitschko for the WBC heavyweight title in Munich, losing to a unanimous points decision.

Since 2014, he has been in steady decline, losing seven of his last 15 fights, including two defeats to Joseph Parker in 2021, but managed a decision win against 41-year-old Kubrat Pulev in July this year.

Fury is in line for a threepeat

The relative positions of these two boxers in the overall pecking order have changed dramatically since they first fought back in 2011. At that time, Fury was not well known and Chisora was a rising star. In the early stages, Chisora started strongly and appeared to have hurt his opponent, but eventually, Fury was able to assert himself to win a points decision and deliver Chisora’s first professional loss.

Their second fight took place in 2014, and by this time Fury had become a genuine title contender, while Chisora was arguably already in decline.

Unlike the first fight, this one was a one-sided contest in which Fury dominated and at one point asked the referee to stop the fight to prevent Chisora from taking any further punishment. It was eventually stopped in the 10th when Chisora’s corner threw in the towel.

No one expects it to go the distance

Derek Chisora is one of the most durable fighters around and has plenty of heart, but it would be an extraordinary achievement if he was able to take this one the distance.

The problem for Chisora, aside from the fact that he is a long way past his best, is that Fury is not just a puncher whom he can frustrate into mistakes. Fury certainly packs a punch, but he is known as one of the more technical boxers in the sport, with the ability to land punches at will.

He will also know from first-hand experience how tough Chisora can be, and with his eye on bigger fights ahead, will not be in the mood to drag this fight out.

This may not be quite as one-sided a fight as the odds in the betting markets may suggest, but no one expects it to go the distance or to end in anything other than a convincing win for Fury.