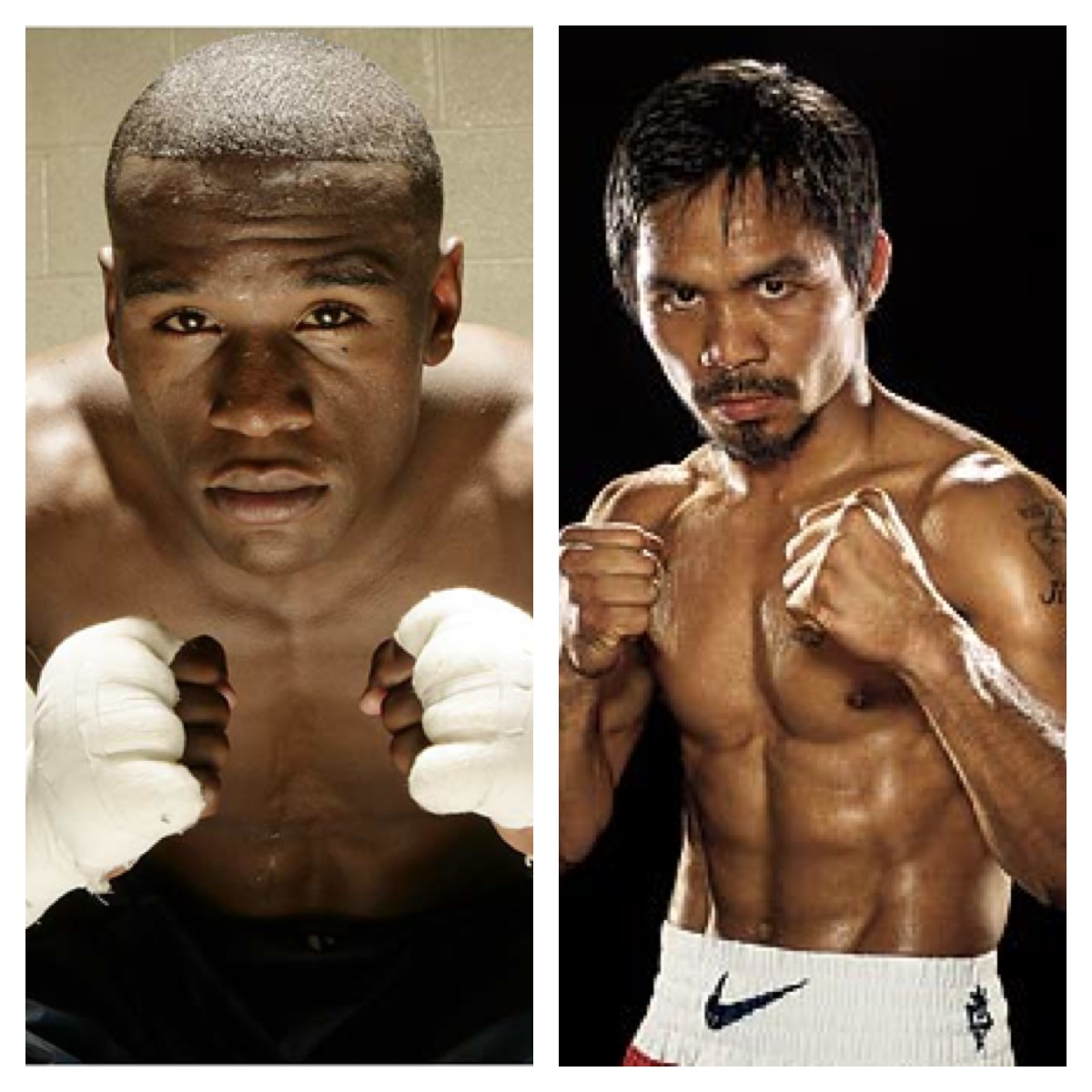 Floyd Mayweather and Manny Pacquiao have been the two hottest PPV sellers in the industry for a very long time. Together they account for nearly 22.5 million PPV buys since 2007. That’s a lot of money. It’s no wonder why they both found themselves on the Forbes highest paid athlete’s list over and over again. They have taken the sport of boxing, without any aid from the heavyweight division, and have put it on their backs. They are the life of the sport when it comes to selling PPV’s.

With that said though, both Mayweather and Pacquiao have a problem as they both look to schedule their 2014 fall opponents in the coming weeks. Mayweather’s last fight against Maidana was rumored to bring in less than 900k buys, and Pacquiao’s fight against Bradley was estimated at around 750k buys. Now, these aren’t horrible numbers, and those numbers are  better than any boxing or UFC event in 2014, but when you make the type of money that Mayweather and Pacquiao make, Mayweather at $32 million and Pacquiao at $20 million per fight, well then it becomes a problem for the promoters involved. Because in the end they need to make money too, and 900k for Mayweather, and 750k for Pacquiao, well, that just isn’t going to cut it.

Since there is no chance of them fighting each other, they are left to fend for whatever is out there. Both have proven that they can hit the 1.5 million buy range with a big named opponent. However, for the fall of 2014, that big named opponent is lacking. Only Miguel Cotto and Saul Canelo Alvarez seem to have enough steam to their names to draw some big numbers, and ironically enough the big match for 2014 is likely to see them square off against each other rather that of Mayweather or Pacquiao. So what’s left for either fighter? Well with the recent rift in Golden Boy, that’s a question that nobody really knows how to answer. Mayweather has closed the door to Golden Boy and Pacquiao may be open to it. Both need big opponents, and it’s likely they will both end up in rematches that both intrigue and bore the fans:

The undefeated pound for pound champion may be the biggest seller in boxing history when it’s time to sail into the sunset. His ability to sell a fight with his charismatic personality and undefeated record goes unprecedented. But with a $32 million guarantee, Mayweather needs to draw more than 800-900k buys per fight for himself and Showtime. With Golden Boy out of the picture it’s up to Mayweather and TMT promotions to promote his next fight. It will be the first time since Mayweather has been a free agent that he will not have Golden Boy behind his promotions. Of the three fights that he has had under his contract only one of them has produced over one million PPV buys. The Canelo fight has them in the green because of a 2.2 million buy rate but they are going to need higher numbers than 900k per fight to keep them there.

There’s big problems though when trying to get Mayweather’s next opponent. Mayweather refuses to work with Golden Boy and Top Rank making his list of opponents scarce. Guys like Danny Garcia, Shawn Porter, and Amir Khan are out for September as two of the three are looking at August bouts and Khan is out for religious purposes. Cotto works with Top Rank on a fight to fight basis so it’s likely he’s out too. Mayweather is only left with Marcos Maidana or Keith Thurman. But can either of them sell? The Maidana rematch is the best option but it’s a risk. Did he really pose enough of a threat in the first fight that will make more people buy the second fight? It’s hard to tell. There were thoughts of Mayweather pushing that September fight back. According to many sources close to Mayweather though, September 13th is going to be a go. It’s very likely we get the Maidana rematch on September 13th.

One good thing going for Mayweather is that if Canelo beat Lara, and Canelo and Cotto square off in December, Mayweather may take on the winner next year which could be a huge event, especially if Mayweather can make history by fighting for the middleweight title. The names and followings of both Canelo and Cotto is enough to sell and it’s likely one of them will be coming out of the 2014 year on fire. Right now though, Mayweather and Showtime may have to bite the bullet and take another PPV fight that is likely to do less than one million buys.

Bob Arum is so disappointed in the numbers that Pacquiao is bringing in that he is taking his fighter back to Macao. With a PPV system in place in China, Arum hopes to get some extra money buy charging the Chinese audience $5 per PPV. Out there it won’t matter who Pacquiao fights, and he will still get some money from the US fans who still love to watch Pacquiao regardless of who the opponent is. That’s a good thing, because Pacquiao doesn't have many options in Top Rank for his November fight.

When the name Chris Algieri is mentioned as a possible opponent for Pacquiao then you know there is a problem with opponents. Nothing against what Algieri did by beating Provodnikov, but his name is hardly a name worth mentioning next to Pacquiao’s yet. For Pacquiao, a rematch with Juan Manuel Marquez seems to be the only option. Marquez wants big time money though, and it doesn’t look like Arum would be able to afford it going off Pacquiao’s previous fights. Even with the Mexican and Chinese audience added, Marquez has been edging along the $20 million mark for his Pacquiao rematch payday. That’s a lot considering Pacquiao is likely to earn around $30 million.

Other opponents that had been mentioned sound unreasonable right now. Rios already fought him, Alvarado just lost, Provodnikov just lost, Jessie Vargas is fighting in August, and Mikey Garcia is on ice with a lawsuit against Top Rank. Just like Mayweather though, Pacquiao does have something good working for him. Now that Golden Boy and Top Rank plan to work together Pacquiao can add some opponents in the mix. Fighter’s like Marcos Maidana, Lucas Matthysse, Amir Khan, and others can be mentioned as possible foes. They may not make the cut for this November while Golden Boy sorts out which fighter’s are actually there’s but the Spring of 2015 looks promising once Golden Boy figures out who is in their stable.

The final thought here is that neither Mayweather or Pacquiao look to have a super selling fight lined up for this fall. It’s likely we get Mayweather-Maidana II with an outside chance of Mayweather-Khan in September. It’s also likely Arum figures out a way to get Pacquiao-Marquez V. If not, whoever he finds to face Pacqauio will not be someone that deserves to be in there with him unless buy some shocking last minutes surprise he gets a Golden Boy fighter. Unfortunately, despite it being the perfect time for a Maweather-Pacquiao showdown, it’s not going to happen.