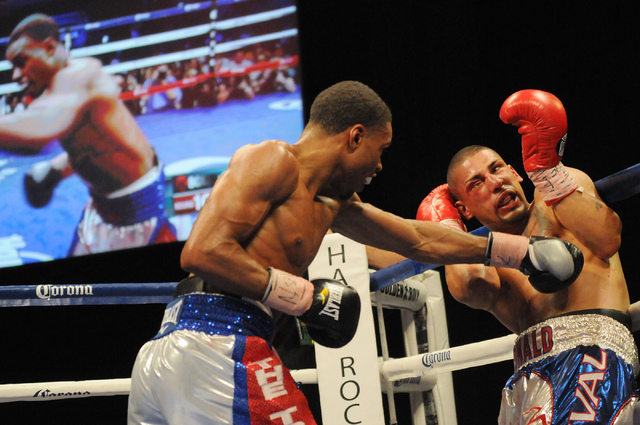 Through the constant regeneration of fighters in boxing, we sift through the abundance of young prospects looking for that little sign of uniqueness that can separate a boxer from the rest of his peers.  Sometimes it’s a signature punch or style that makes a young fighter stand out or even a distinctive personality.  Prospects aren’t guaranteed anything in a sport where there is no remorse for faulty projection or failure.  They have to earn true recognition or they will be exposed…quickly.

There’s isn’t a more highly touted prospect in boxing today than Dallas, TX native and former U.S. Olympian Errol Spence Jr. (13-0, 10 Kos). He’s earned “Top Prospect of the Year” in 2012 ESPN’s Dan Rafael and is considered by many to be a future star in the sport.

Last night was a big step for Spence. His bout with Ronald Cruz (20-4, 15 KOs) on ShoBox was easily the young prizefighter’s toughest opponent. It was Errol Spence’s first test in a long line of tests to come. What Spence showed last night was a sign of something special.

He didn’t knock Cruz out… but the display of accuracy and power punching was simply a microcosm of the type of fighter Errol Spence Jr. is destined to be. The kid wants to punish you in the ring. He’s devastatingly accurate with his left hand and lands with pinpoint precision. The body work he showcased was tremendous and he never waivered or fatigued throughout the entire ten round bout. He was relentless. Cruz was a beaten and bludgeoned fighter by the end of the night.

I consider it a solid performance by Errol Spence Jr., as he did exactly what he needed to do in his first test. He dominated an average fighter and displayed all the attributes that made him a top prospect. There’s a lot we still need to learn about Spence. What happens when he gets hit… hard? How does he react to being hurt? Does he have true knockout power?  As the fights pile up, those questions are sure to be answered. But for now, that little sign of uniqueness is shining bright enough to guide our imaginations. We may be seeing the ascension of boxing’s next star.