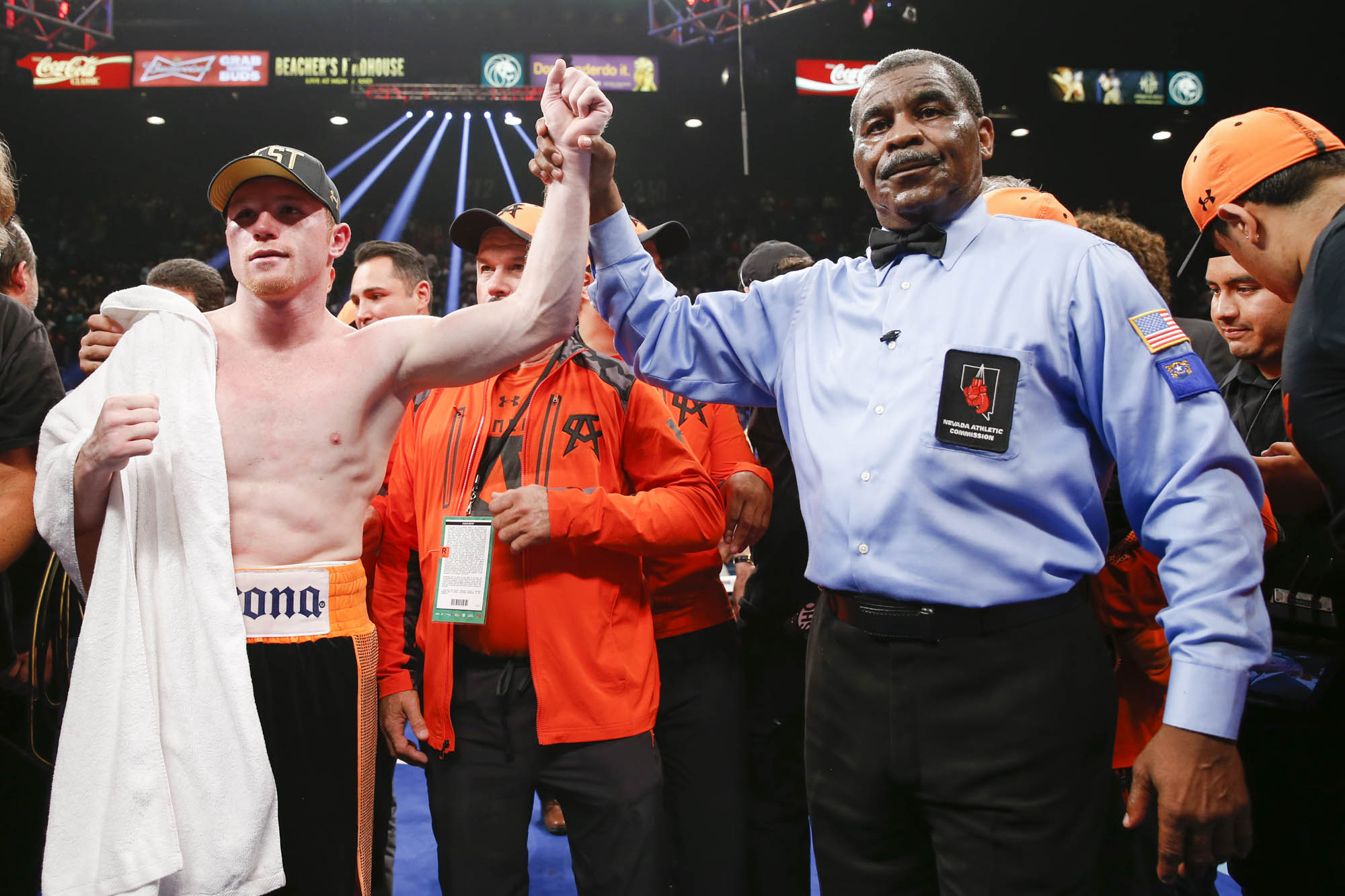 Round 1: Tonight boxing took another black eye... I've been saying all year the judging has been horrible and suspect... tonight was the icing on the cake. Very bad day for boxing.

Round 2: I scored the fight 116-112 for Lara and felt that almost every round was pretty decisive.  How ANY judge scored it 117-111 for Canelo is preposterous.

Round 4: Before the fight, I said if Erislandy Lara stuck to his gameplan for the entire fight... he would win easy... and he did.  Should have been a decisive win for Lara.

Round 5: Lara did an incredible job of sticking and moving... landing one-twos and using his lateral movement to control the fight.

Round 6: He frustrated Canelo... and showed throughout this fight that he is the better fighter.

Round 7: Canelo is extremely one-dimensional... and this fight showed Canelo's kryptonite.  Movement. The fight looked like Floyd-Canelo2.

Round 8: Props to Paulie Malignaggi on speaking the truth... Judge Levi Martinez had Canelo winning during the national anthems.

Round 9: I'm on the hook for putting myself out there by saying Canelo was the future of the sport... boy was I wrong.  He's nothing but a glorified puncher who thinks he's a boxer.  Very disappointed.

Round 10: For some odd reason, Canelo has an identity crisis.  He thinks he can outbox pure boxers.  He gave away the first three rounds simply by trying to stand on the outside and box one of the slickest boxers in the sport.  In round 4 he got aggressive and did some good body work that paid off later in the fight, but there were so many opportunities for Canelo to make the fight rough... and he'd let Lara off the hook.

Round 11: Much respect to Lara for not letting his pride get the best of him and fall into the trap of trading with Canelo.  I didn't think he could do it on that big of a stage... after all the trash he talked... but he did and that showed me the type of professional he is and will be.  Erislandy is going to be a problem for a while.

Round 12:  A rematch? No way in the world that happens... I doubt you'll even see the two fighters matched up in the same month.  Canelo will go on to bigger fights with Cotto and such... while Lara will be avoided for years.  It's a tough break for Lara in so many ways.  He wasn't well known... and out-boxed one of the biggest fighters in the sport.. and got robbed.  Real tough break.  I truly hope he gets another shot at a big fight.  I'm still excited for Canelo-Cotto because stylisticly it's gonna be great... but unless something drastically changes in the next few fights, Canelo is not an elite fighter. Sad sad day for boxing.