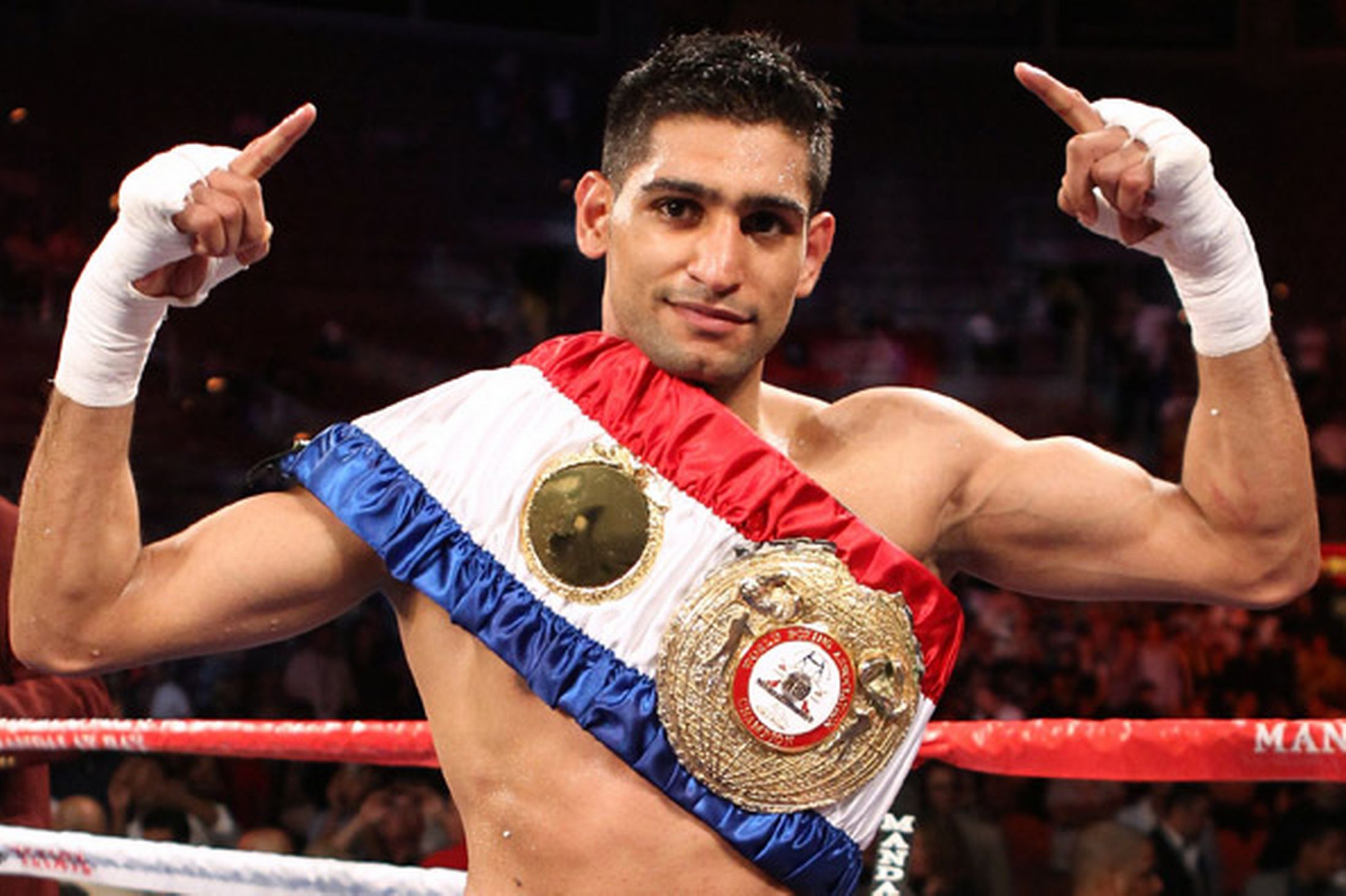 Perhaps the most interesting thing about the Amir Khan vs Chris Algieri fight this weekend on Spike is not what is going to happen during the fight Friday night when they face off in the squared circle at the Barclay's Center in Brooklyn, NY, but everything leading up to it. I for one have always made it known of my criticism for Amir Khan. The quotes make me cringe most of the time along with his continuous attitude that he is this great fighter when he has yet to prove it for the most part. I felt that the best win of his career was this past Decemeber when he beat Devon Alexander. That could be argued by his win over Marcos Maidana a few years back though. But other than those two victories he has built a resume fabled with over the hill fighter's.

So I find it surprising that in the year 2015 I am on the same side as Amir Khan. I've never doubted his quickness or his ability to excite every time he steps into the ring. He has always been a fun fighter to watch. Exciting fighters are what make the boxing industry keep ticking. I have doubted his ability to beat young fighter's in their prime as Danny Garcia and Lamont Peterson have proven that theory. But when I saw Amir Khan flip out on a reporter for asking him about Manny Pacquiao or Floyd Mayweather I gained a certain respect for him. I smirked to myself because I realized something. He's learned from the past. He understands that he is likely next in line to face Floyd Mayweather in September, or land that big fight against Manny Pacquiao next year. He's been in this position before.

Back in 2011 I went on record saying that I felt Amir Khan was the only person that could beat Floyd Mayweather. That was even over the likes of a prime Manny Pacquiao. I felt that his style would fluster Floyd because he might be able to land punches on Mayweather without having to lunge at him where Mayweather fights at his best. Khan was calling out Mayweather back then. I was a huge fan of the fight. All of that changed though when he faced Lamont Peterson in 2011 and suffered a somewhat controversial loss. I still held on to some hope, but when Danny Garcia defeated him by 4th round TKO in his very next fight, my mind changed about him being able to beat Floyd. I saw the flaws that Floyd could expose. The fight's against Peterson and Garcia put doubt in my mind. It wasn't just me though, it was the entire boxing world that felt that. Khan had been exposed. People didn't want to see Floyd fight him because he presented no threat to beat him. Faith in him diminished so much so that fans chose Marcos Maidana, someone that Khan had previously beat, to face him instead of Khan.

Fast forward three years later. Amir Khan is once again in line to face Floyd Mayweather for his final bout in September. In fact, he's likely first in line. This time though, he's focused on Chris Algieri. Instead of using this entire media week to say how he would beat Floyd Mayweather he's lashing out at reporter's that even mention the fight making it known that he is not looking past this fight. He doesn't need to be reminded. He knows that he's the closest to facing Floyd that he's ever been. He also knows that there is a chance Floyd doesn't fight in September at all. Khan is making it a point this week to try to steer away from any talks of future fights and focus on the task at hand. He's been in this position before and has failed.

Khan knows he has to look impressive though I doubt even a first round knockout over Chris Algieri would have fans believing he can beat Floyd again. He doesn't have to sell the Floyd fight though. He just has to win. Floyd's "boring" win over Manny Pacquiao has shattered any chance of his next PPV being a big seller anyways. It doesn't matter who Floyd faces next and because of that Khan is in a perfect position yet again. Out of all the realistic options available he is in fact the most interesting fight. All he has to do is win. In the past this has been his struggle so the big question is, can he avoid the upset to once again put himself in line to face Floyd Mayweather? I believe he can.