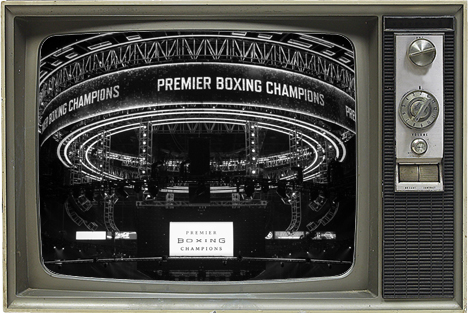 The first Premier Boxing Champions card was broadcast by NBC on March 7, 2015. Almost a year later and we in the boxing industry want to know.. “Is mainstream America watching?” Are the average sports fans who watch football on Sunday tuning into boxing on NBC? Or are the reported rating the same fans who would have watched the fights on HBO, Showtime, & ESPN?

In my opinion I don’t believe that PBC has reached inside the household. I don’t think that the average sports fan has been converted to a boxing fan. Nor do I believe this will happen. One point to bring up is that you have to be a real hardcore boxing fan to want to watch all the fights. Hardcore fans like myself will watch any boxing on TV. Matchups like Lara vs Zaveck, Charlo vs Alcine, Tarver vs Cunningham, Stevenson vs Karpency & Figueroa vs DeMarco are bouts that only hardcore fans will watch. These were not the fights that mainstream audience said “I have to watch boxing again”. Another problem I see is that it has broadcast cards on NBC, NBC Sports Network, CBS, ESPN, Spike, Fox Sports 1 and BounceTV. Its not like football where you watch it on Sunday @ 1pm or 4 pm or Monday Night Football. Remember ESPN Friday Night Fights? When you knew to tune into @ 9pm on Friday. If you look at Spike boxing schedule or ESPN at the time of this article nothing is schedule and we don’t know when the next bout is coming up.

Also there is a lot of controversy with PBC. Golden Boy Promotions and Top Rank filed lawsuits against Haymon and the investors of PBC, arguing Haymon is serving as both a manager and promote, actions which are forbidden under the Muhammad Ali Boxing Reform Act. With the lawsuit and the politics involved this means that PBC, Golden Boy & Top Rank will not work together to make great match ups that boxing fans want to see and the mainstream American NEEDS to see. Another issue is the HBO vs Showtime / PBS. This stops great fights from happening like Sergey Kovalev vs. Adonis Stevenson . A fight that may just convert the average sports fan & bring these fighters into the house as a known professional athlete.

No.. I don't believe PBC is making an impact in the mainstream. The people who are watching the fights on NBC, Spike, & BounceTV are the same boxing fans that are watching it on HBO, PPV and Showtime.

Mainstream American… are you watching?