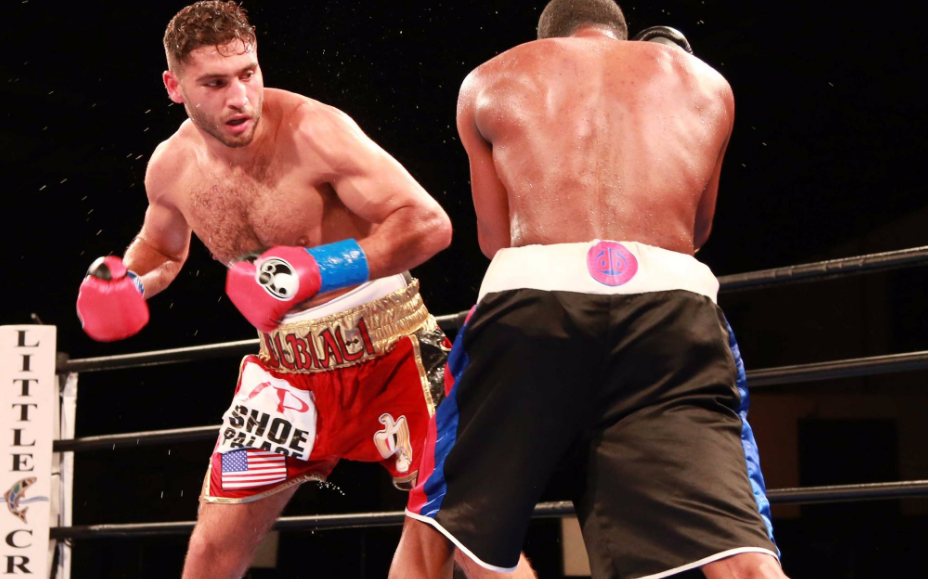 Tuesday night at Fitzgerald's Casino & Hotel in Tunica, Mississippi, USA on FOX Sports 1, Derevyanchenko defeated Kemahl Russell within five rounds. Kemahl Russell comes out in round one using the jab trying to touch Derevyanchenko. Russell was successful landing the quick one two. Derevyanchenko stayed back reading the landscape looking like he wanted to set up the big right hand. A lot of action in round two as both fighters picked up the pace putting together combinations. Derevyanchenko showing success with the jab and working the action. Russell using his counter punching was landing the right and hook. At the end of the fourth round Derevyanchenko started putting on a lot of pressure landing some big punches & hurting Russell. The fifth round Derevyanchenko unloaded and landed a big right hand that started a rhythm of punches that cornered Russell. The ref watched closely as Russell had no answers to the volume of heavy punches landing. The ref jumped in and stopped the fight in the 5th round.

Jamontay Clark stuck to his game plan and defeated a tough Takahashi on PBC FS1. Takahashi took the fight on a 10 day notice. He came out in round one strong landing some big shots. Jamontay Clark in a southpaw stance using his long reach to set down on his punches and land the jab. As the fight continued both fighters show a lot of spirit trading some big punches and showing a lot of heart. Going into the 5th round Gaku Takahashi started taking a lot of punches to the head. However toward the end of the round he fought back letting his hand go & landing with success. As the fight contiuned Clark keeping his cool and sticking to the game plan kept landing the jab and touching the body. Going into the late rounds Jamontay Clark started landing at will as Takahashi face started showing a lot of wear and redness. Takahashi’s corner saw enough as he was taking to many punches by the end of the 6th round. The corner called the fight, Jamontay Clark defeated Gaku Takahashi by TKO.

Ahmed Elbiali coming off a long 14 month layoff from a broken left hand came out strong using his jab and upper to start out the round. Then he landed a BIG right hand dropping Jackson Junior to end the fight in the first round.