Gonzalez loses in a WAR! 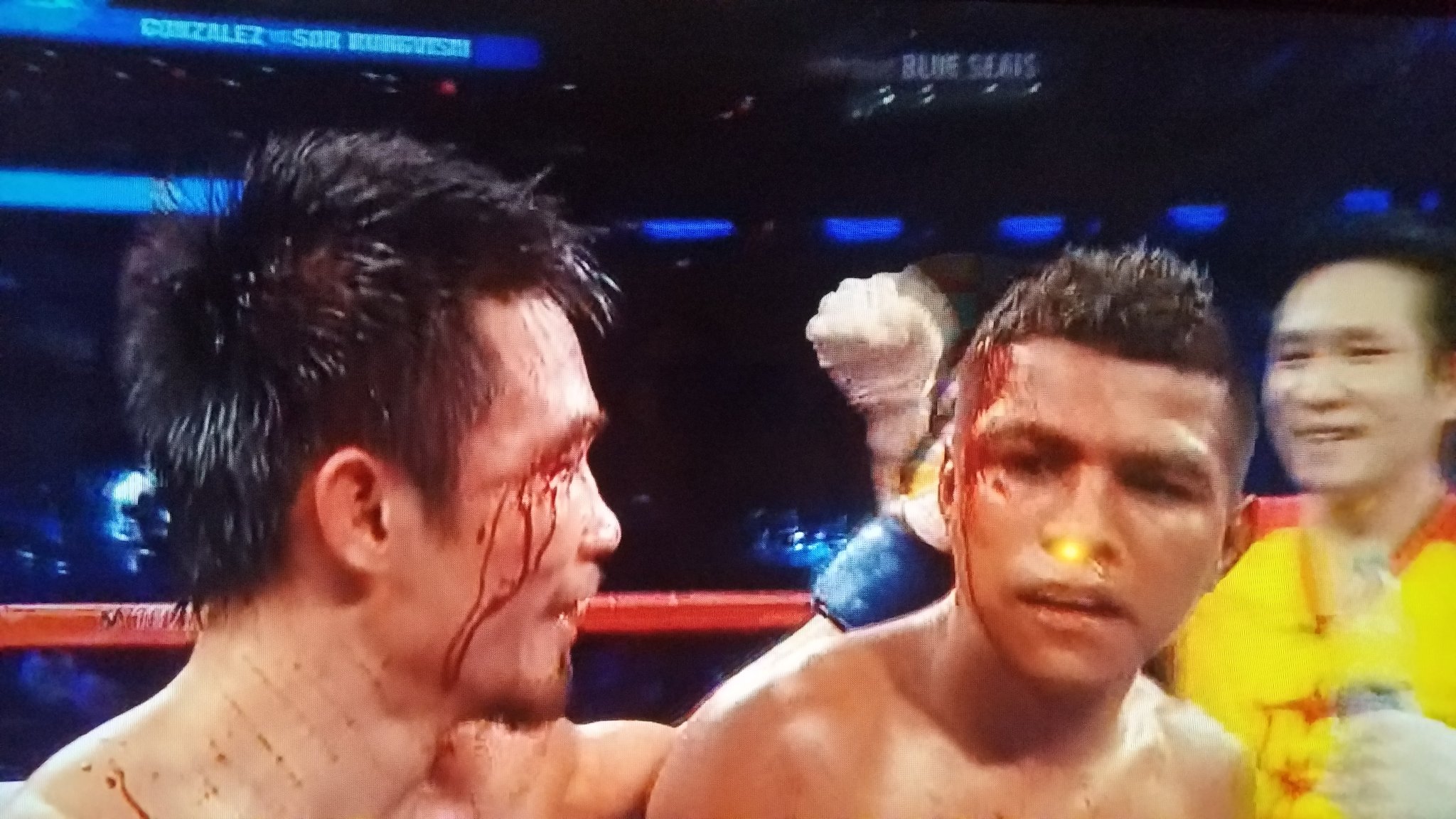 As expected the fight started with some serious leather being thrown. in a surprise Rungvisai scored a knockdown as he landed a hard body punch. It was the first time Gonzalez has been down in 10 years. After taking the 8 count the round ended. Then both fighters came out with fury in round tow trading some heat in a all out war! In round three Gonzalez suffered a cut over his right eye from a clash of heads. Going into round four Gonzalez was looking to dig himself out a hole and landing the straight one tow. Gonzalez takes the lead in punch stats going into the 5th round in what turned into a phone booth war. Gonzalez let his hands go in R5 landing some big shots as he was warming up with laser accuracy. Chocolatito power was starting to unfold on Rungvisai as he was not showing much head movement. In round 6 Gonzalez had Sor Rungvisai badly hurt dominating the round and unloading some real power. Then the ref took a point from Gonzalez for head butting with cut Gonzalez again. Gonzalez’s face was covered in blood. The fight at neck to neck and tow to toe Rungvisai comes back and takes the 7th round. Starting the 9th round Sor Rungvisai was throwing everything at Gonzalez not backing down. Gonzalez has blood streaming down his face and spitting blood from the head butt early on. HBO Harold Letterman had Gonzalez up by only one point going into the 10th. With the fight going into the 10th both fighter showed a lot of pain on their face but that did not stop them from trading punches. Going into the last round Gonzalez landed 400 - Sor Rungvisai punches 269.