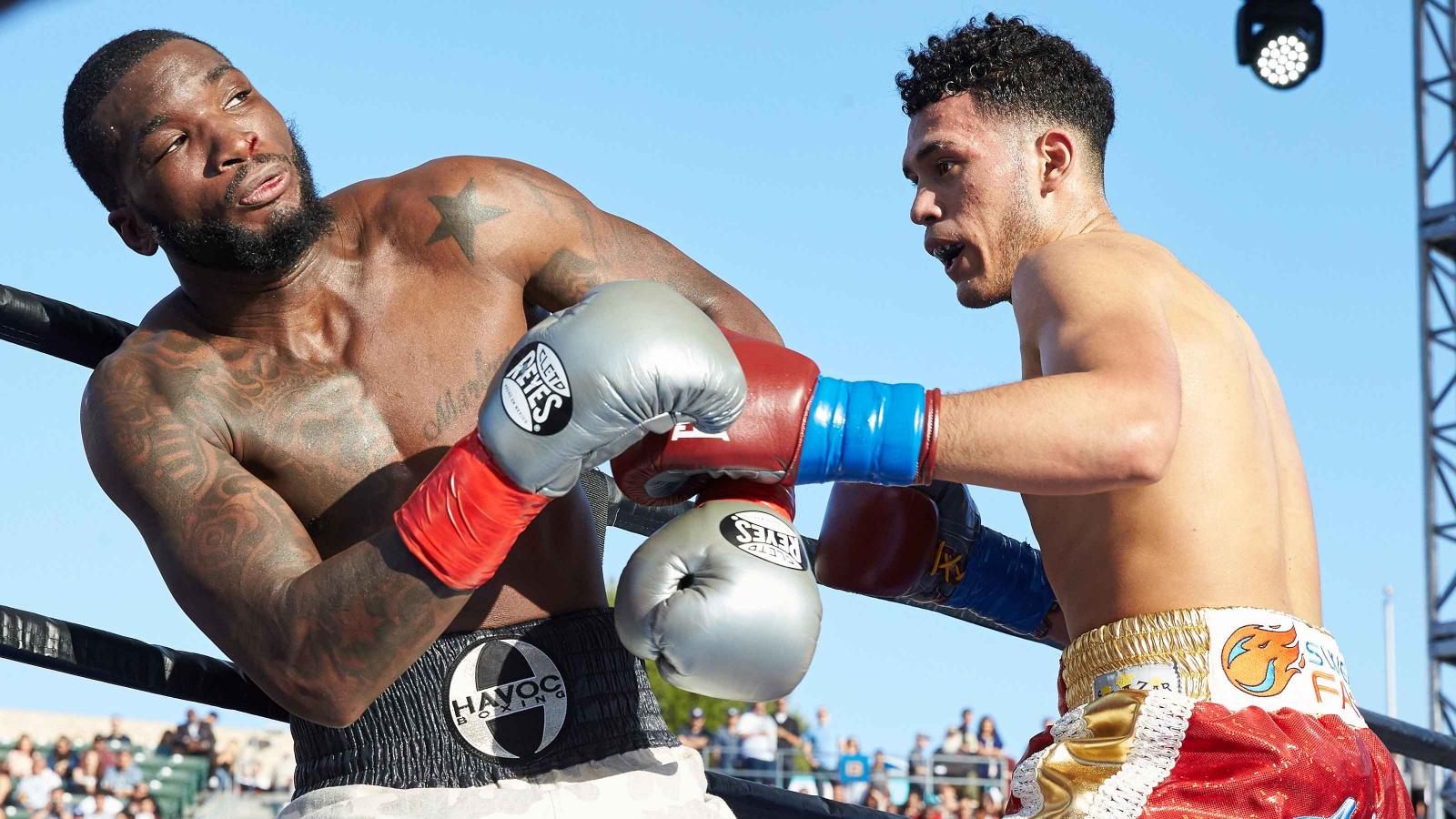 David Benavidez gets to bring his knockout streak to the title stage.

The unbeaten 20-year old from Phoenix will move forward with the toughest test of his career, as he faces Mexico's Rogelio "Porky" Medina in a final title eliminator, as approved on Friday by the World Boxing Council (WBC). The date and venue has yet to be determined, but the winner will be first in line for the victor in the upcoming vacant title clash between Callum Smith and Anthony Dirrell.

"This is the biggest opportunity of my life and I'm not going to let it go to waste," said Benavidez (17-0, 16KOs), who spent the past few weeks helping unbeaten, unified middleweight titlist Gennady Golovkin prepare for his recent victory over Daniel Jacobs. "I'm going to destroy this guy like I do everybody else. I have never trained this hard for a fight and I feel that, come fight time, I'll be extremely strong and do it up."

Benavidez has fought just once so far in 2017, scoring a 2nd round knockout of Sherali Mamajonov on the undercard of Leo Santa Cruz' win over Carl Frampton in their rematch this past January in Las Vegas, Nevada. The work put in during Golovkin's camp, however, served as the perfect opportunity not just to fill the down time but to also get a taste of boxing life on the championship level.

Of course, he was able to experience that from the outside looking in, as his older brother Jose Benadivdez Jr. briefly served as a super lightweight titlist. Both boxers are trained by their father Jose Benavidez Sr., who is confident that his younger boxing son is ready for this opportunity.

"We are excited and working really hard," stated Benavidez Sr. "This is the toughest fight of his career, so we're taking it super serious. This is a big opportunity for us to shine and look good and go to the next level. We were training with Golovkin here in Big Bear (California) and we've decided to stay here and keep training until the fight."

Such sentiment is shared by Benavidez' promoter, Sampson Lewkowicz who boasts an impeccable reputation for scouting talent.

"This is the final test for David Benavidez," said Lewkowicz. "If he does to this guy what he did to so man other fighters, it will be time for the world to acknowledge that David is going to be a star in boxing. This test will show everyone that he is truly everything we've been saying he is since he was a teenager. I am proud of the hard work he is doing and look forward to this great victory."

Benavidez will head into the fight carrying a nine-fight knockout streak. Overall, he has scored knockouts in all but one fight. The lone occasion on which he was extended the distance happened to come on his 18th birthday, going six rounds in his Phoenix hometown. The night marked one of just four times in his career he has fought beyond the second round, having quickly gained a reputation as a one-hitter quitter.

His recent bouts have proven he is more than just a knockout-first slugger, though. Benavidez showed poise well beyond his youthful presence in a Fox-televised knockout of Phillip Jackson Benson last April, as well as in step-up tests in going seven and ten rounds in respective knockouts of Francy Ntetu (unbeaten at the time) and Denis Douglin last summer,

Both bouts were considered the toughest of his young career, though such a status that figures to change in his next ring assignment.

Medina (37-7, 31KOs) is a veteran gatekeeper who delivered perhaps his best performance in defeat when he pushed defending super middleweight titlist James DeGale to the brink in their Showtime-televised clash last April. The scrappy brawler from Mexico was considered unfortunate by most viewers to have come up short on the scorecards - especially by such wide margins - but gained the respect of the boxing community with his brave stand and in exceeding pre-fight expectations.

"I know he's a tough fighter and he's been in a lot of wars, and he has a lot of experience, but I'm very motivated for this fight," acknowledges Benavidez. "We have a month and a half in training with Golovkin in camp already. Camp with him is hard work and training here in Big Bear gets you to the next level. The hard work I'm doing here will definitely get me this win."