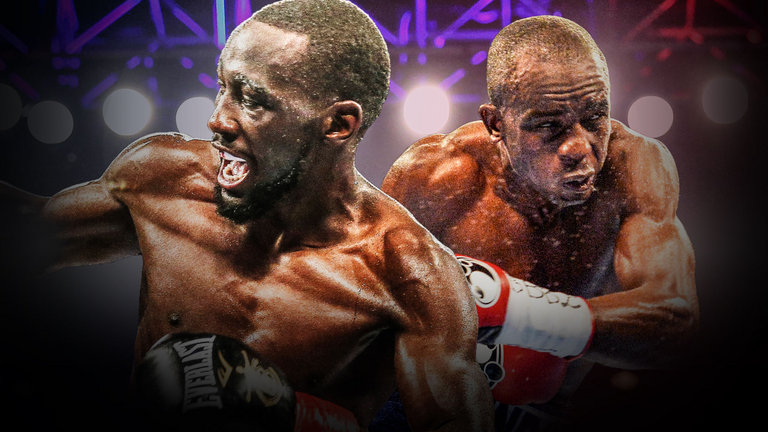 Terence Crawford and Julius Indongo will fight for the IBF, WBC, WBO, WBA World unification super lightweight titles. The event will take place this Saturday, at the Pinnacle Bank Arena, Lincoln , Nebraska, USA. It will air live on ESPN @ 10:00 p.m. ET. Kicking off the telecast will be Oleksandr Gvozdyk vs. Craig Baker for the NABF Light Heavyweight Title scheduled for 10 rounds. The night starts online at ESPN3, where prelims will stream starting at 6:30 p.m. Crawford is the 140 pound champion for WBC, WBO, & Ring Magazine.

Terence Crawford is boxings raising star. Sporting an impressive boxing resume defeating well known fighters. He fought three times in 2016 and twice so far in 2017. Crawford is coming off a win against Felix Diaz this past May winning the fight by a TKO in the 20th round.

Julius Indongo comes in off a very good April win over Ricky Burns by a UD, Scores, Howard John Foster 120-108 | Leszek Jankowiak 118-110 | Jose Roberto Torres 116-112. Currently undefeated he is a puncher boxer with a 50% knockout ratio. Taller then Crawford he stands at 5'11". Indongo, does not have the boxing resume Crawford sports and honestly not many known fighters on his record. Burns is the only notable name other then Troyanovsky which only hardcore fans would know.

The winner of this fight will hold 100% of the major titles in the 140lbs division. Currently no other division is close to this. History will be made Saturday night.