Mayweather-McGregor Round By Round Prediction 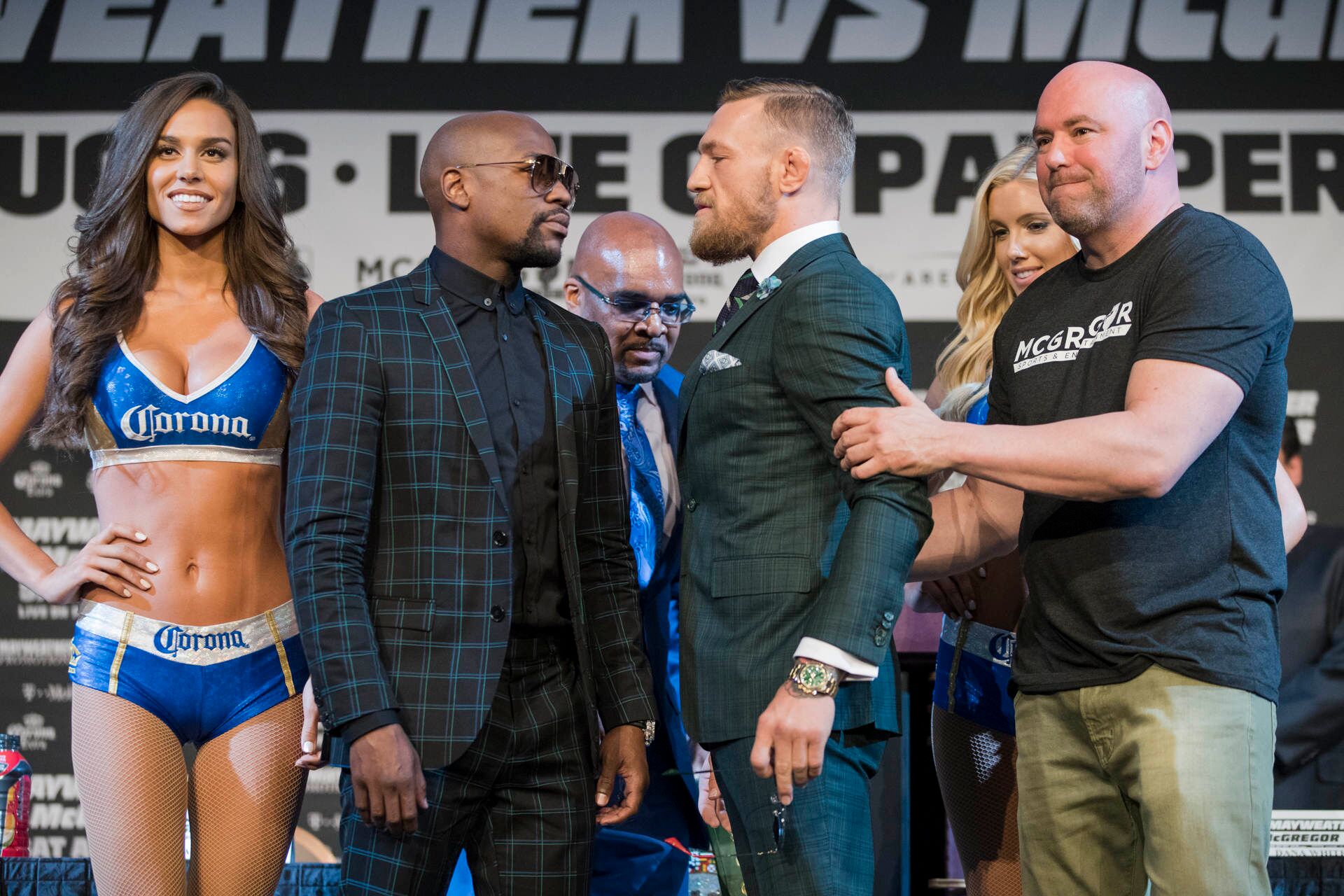 The biggest draw in boxing vs. the biggest draw in the UFC. That match is upon us as Floyd Mayweather Jr. and Conor McGregor are set to fight Saturday at T-Mobile Arena in Las Vegas. Mayweather (49-0, 26 KO’s), a five-time division champion, will return from a two-year hiatus to face two-division UFC lightweight champion Conor McGregor (21-3 in MMA). While the bout may not sellout, it still carries the possibility of breaking the all-time pay-per-view record of 4.6 million buys set by the 2015 fight between Mayweather and Manny Pacquiao.

Based on our calculations, McGregor averages approximately 1.46 million pay-per-view buys. Diehard fans from both side of the isle will pay up to $100 to watch the fight, and casuals who are curious enough to throw out that much money, will follow suit. McGregor is a massive underdog in this fight, but the one advantage he has is power. At UFC 194, in 2015, the Irishman knocked out Jose Aldo 13 seconds in the first round, handing the Brazilian his first loss in over a decade. It was mightily impressive as McGregor KO’d Aldo while stepping back, exemplifying that he is a naturally powerful puncher.

That is the one area where Mayweather lacks in. “I ain’t gonna say a knockout,” Floyd Mayweather Sr., Mayweather’s father and trainer, told Fox Sports 11 last week. “That’s a true story, he got a hand problem. He gonna make Conor McGregor look like a fool. Believe me.” However, boxing is not all about who hits the hardest, but as we have seen, especially in Mayweather fights, it comes down to who doesn’t get hit, and the American has spent the past two decades doing just that. Now, FightNights.com has put together this round-by-round prediction.

Round 1: Mayweather feels out McGregor and outboxes him.

Round 4: It’s over. Corner throws in the towel.

Mayweather will likely be a billionaire by the end of the night and McGregor will make at least $100 million to get his tail whipped. On another note, we predict he will land less than seven punches in the fight, but that also might be generous.