Jessie Vargas On Next Move: My advisor is working on the details 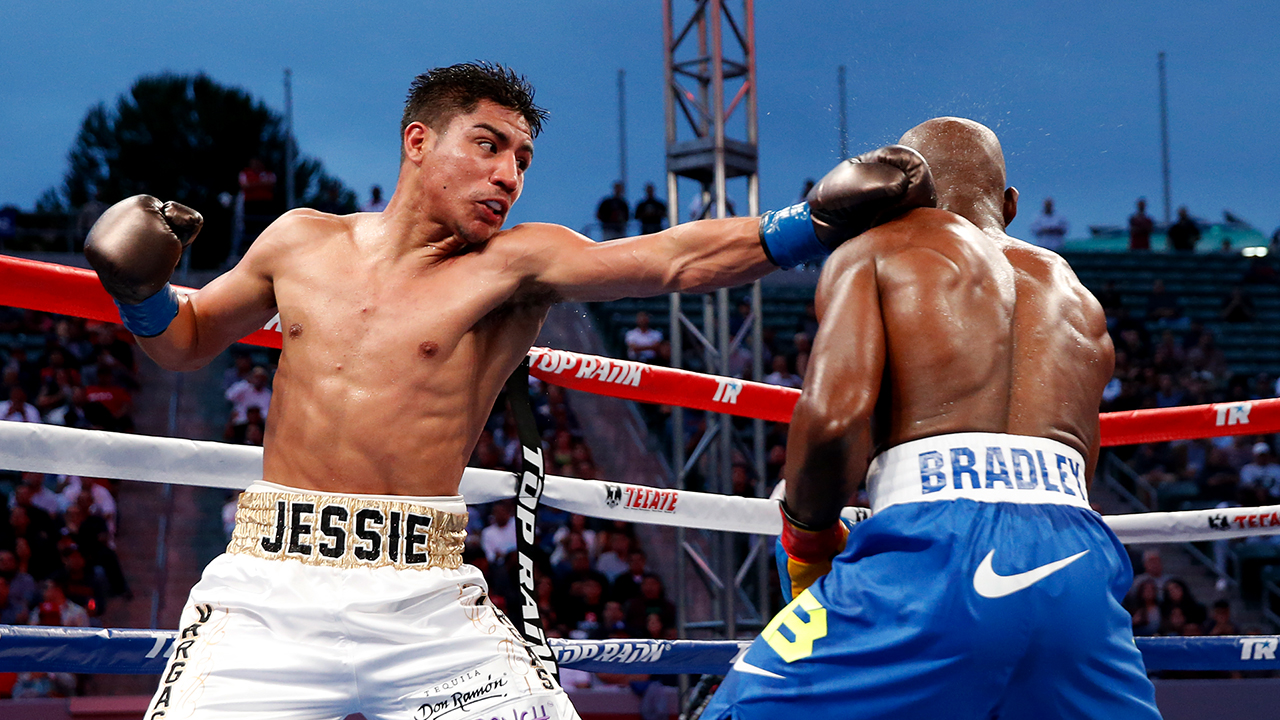 Former WBO World welterweight champion Jessie Vargas has not fought since losing a clear-cut decision to Manny Pacquiao last year, and it doesn’t appear he has a fight lined up anytime soon.

Vargas, 28, was in attendance for the Floyd Mayweather Jr. vs. Conor McGregor fight August 26 at T-Mobile Arena in Las Vegas and was asked whether he was a free agent or if he remains under contract with Bob Arum’s Top Rank.

“My advisor is working on all the details right now, and soon we’ll have the latest news,” Vargas told FightNights.com.

Although Vargas (27-2, 10 KO’s) hopes to fight soon, he offered no specifics as to when he could return to the ring. Vargas is currently the No. 4. And No. 9 ranked contender by the WBC and the WBO, respectively. A majority of the top fighters in the welterweight division, like Keith Thurman, Danny Garcia, Shawn Porter, and Lamont Peterson, are all signed by Al Haymon, which makes it seem like there’s a distinct possibility of Vargas leaving Top Rank.

However, if Vargas decides to stick with Top Rank, he could have an opportunity to fight former interim WBC World super-lightweight champion, Lucas Matthysse, who is coming off a fifth-round stoppage of Emmanuel Taylor on the undercard of Canelo Alvares vs. Julio Cesar Chavez Jr., in May.

There was a rumor in June that the WBO was considering a title eliminator between Vargas and Matthysse with the victor facing off against the winner of Pacquiao-Horn. Of course, Horn won a controversial unanimous decision. With the Pacquiao-Horn rematch in jeopardy for November, this could happen. However, it all depends on what Vargas decides to do next. From a long-term perspective, he might be better off leaving Top Rank to pursue the bigger, more lucrative bouts.