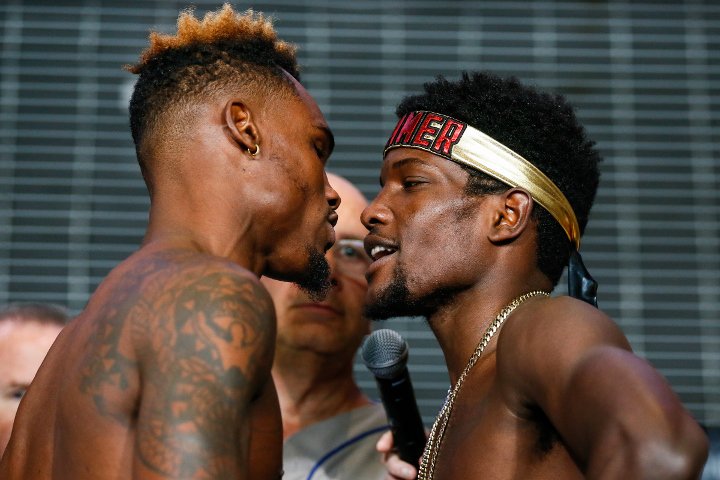 If you think Jermell Charlo vs. Erickson Lubin is a Fight of the Year candidate, you aren’t too far off.

Both fighters are displaying a tremendous amount of confidence leading up to their truly 50-50 fight on Saturday (Showtime, 10 p.m. ET) at Barclays Center in Brooklyn, New York, where the winner will talk away with the WBC junior middleweight title, currently held by Charlo.

While Lubin (18-0, 13 KO’s), 22, of Orlando, Florida, has less professional experience, he poses a significant challenge for his opponent. Not only is he a southpaw, but he also exemplifies power in both hands, is a prolific body puncher, and won the 2013 Golden Gloves tournament as a welterweight. Lubin, who turned pro in 2013 after rejecting an opportunity to qualify for the 2016 Summer Olympics in Rio de Janeiro, was also named the 2016 ESPN.com prospect of the year.

Charlo (29-0, 14 KO’s), 27, of Texas, who is known as “Iron Man,” is coming off two big knockouts in his last two fights. He knocked out John Jackson to take the vacant WBC title in May 2016. Although he was getting outboxed for most of the evening, Charlo closed out the show with a brutal right hand that knocked Jackson out on his feet along the ropes in the eighth round. His April title defense against Charles Hatley was also an impressive one. He dominated the action and knocked Hatley out cold, again with a right hand, in the sixth round.

Charlo-Lubin has the making of being a throwback classic. Let’s take it round-by-round.

Round 1: One-two combination lands for Lubin. Charlo isn’t pressing much and is spending the first round studying his opponent, who also scores with a right hand.

Round 3: Charlo lands with a straight left to the body and connects with a stiff straight right to the head. The champion traps Lubin in the corner and digs in with a hook to the body.

Round 4: Charlo snaps Lubin’s head back with the jab. Lubin lands with a combination of his own, but he also takes a heavy combination to the body from Charlo. Action-packed round a close round indeed. Judges give it to Charlo.

Round 5: Lubin is fighting more from the outside and is catching Charlo with the hook coming in. He continues to pop Charlo with the jab, who is trying to find a place to counter.

Round 6: Charlo rips off two quick jabs and rocks Lubin with a counter left hook, who was also trying to time his opponent with a hook of his own. Lubin covers up as Charlo attacks the body with vicious left and right hands.

Round 7: Charlo connects with a one-two right down the pipe. Lubin retreats into the lower corner and lands with a hard jab, but is tagged with an uppercut, and misses with a big counter.

Round 8: Both fighters take a breather. Lubin lands with the cross and follows up with a hard left. Charlo hurt from a combination but clinches.

Round 9: Charlo traps Lubin in the corner and connects with a wicked right hand and a left hook. Another combination lands for Charlo.

Round 10: Lubin scores to the body and goes upstairs with a series of hooks to the head. The challenger is staying away from his opponent’s reach and the ropes.

Round 11: Lubin hurts Charlo with a devastating three-punch combination, but he comes back with several lefts and rights to the body. Now, Charlo is forcing Lubin to chase him around the ring.

Round 12: Both men are content with surviving. Lubin appears to do enough to win the round, connecting with is signature lead left hook, and jabs to the body.