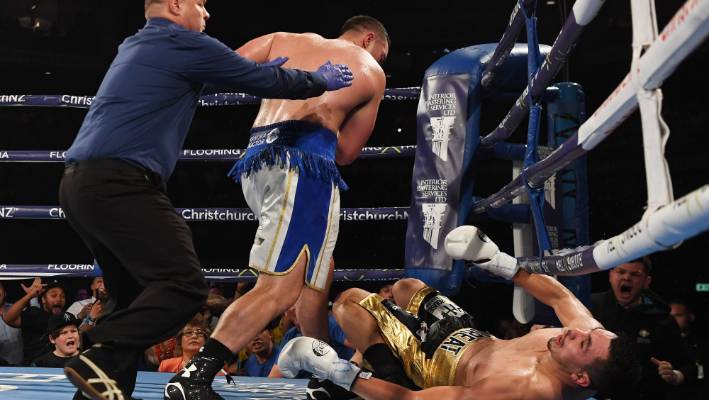 Alexander Flores was confident he was going to knock out Joseph Parker and come away with a victory, but on Saturday night at Horncastle Arena, Christchurch, New Zealand, it was Flores who was staring at the ceiling.

Parker (25-2, 19 KO's), a former heavyweight world titleholder, knocked out Flores (17-2-1, 15 KO's) in the third round to get back in the winners' column after back-to-back defeats earlier in the year.

Parker lost his WBO belt in March when he dropped a unanimous decision to three-belt heavyweight titlist Anthony Joshua, and was also outpointed by Dillian Whyte in July. However, Parker was motivated to cap off a tough year with a W.

In the third round, Parker targeted the body and floored Flores with a right hook. Flores beat the count, but Parker trapped him on the ropes and knocked him out cold with a beautiful right hand.