The Joshua-Miller press conference was an embarassment 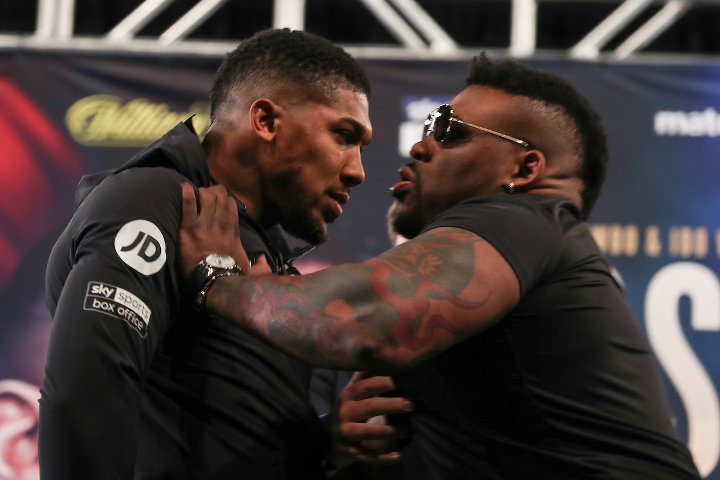 NEW YORK -- Well, at least they aren't vying for an Academy Award.

However, Tuesday's press conference was a personality-driven spectacle, and both men ended up resembling actors in a D grade pornography film.

It was a spectacularly debasing race to the gutter, and Joshua (22-0, 21 KO's), 29, of the United Kingdom, the 2012 Olympic super heavyweight gold medalist, got things cooking.

It was only a matter of time before Miller responded, and yes, it became a 'yo mamma' show.

"Your mom think I hit hard, though. Where’s your mother? I am paying her rent with this. She will come here and watch a real champion fight," Miller said.

"Where's your mom? I pay her rent now," Joshua fired back. Bow to me when you see me. I'm your landlord."

And for the finale, Miller dove right for the gutter.

Joshua even blew a kiss at Miller's actual mother, and Miller went as far to call him an "Uncle Tom."

The press conference, while designed to promote the fight and also to invigorate each fighter's fan base, did none of that. Instead, we got the hype for a Yo Mamma vs. The Other Mamma.

While nothing close to the absurdity of the Mayweather-McGregor world tour, it is still disgusting and an insult to the spirit of sportsmanship that boxing is supposed to represent.