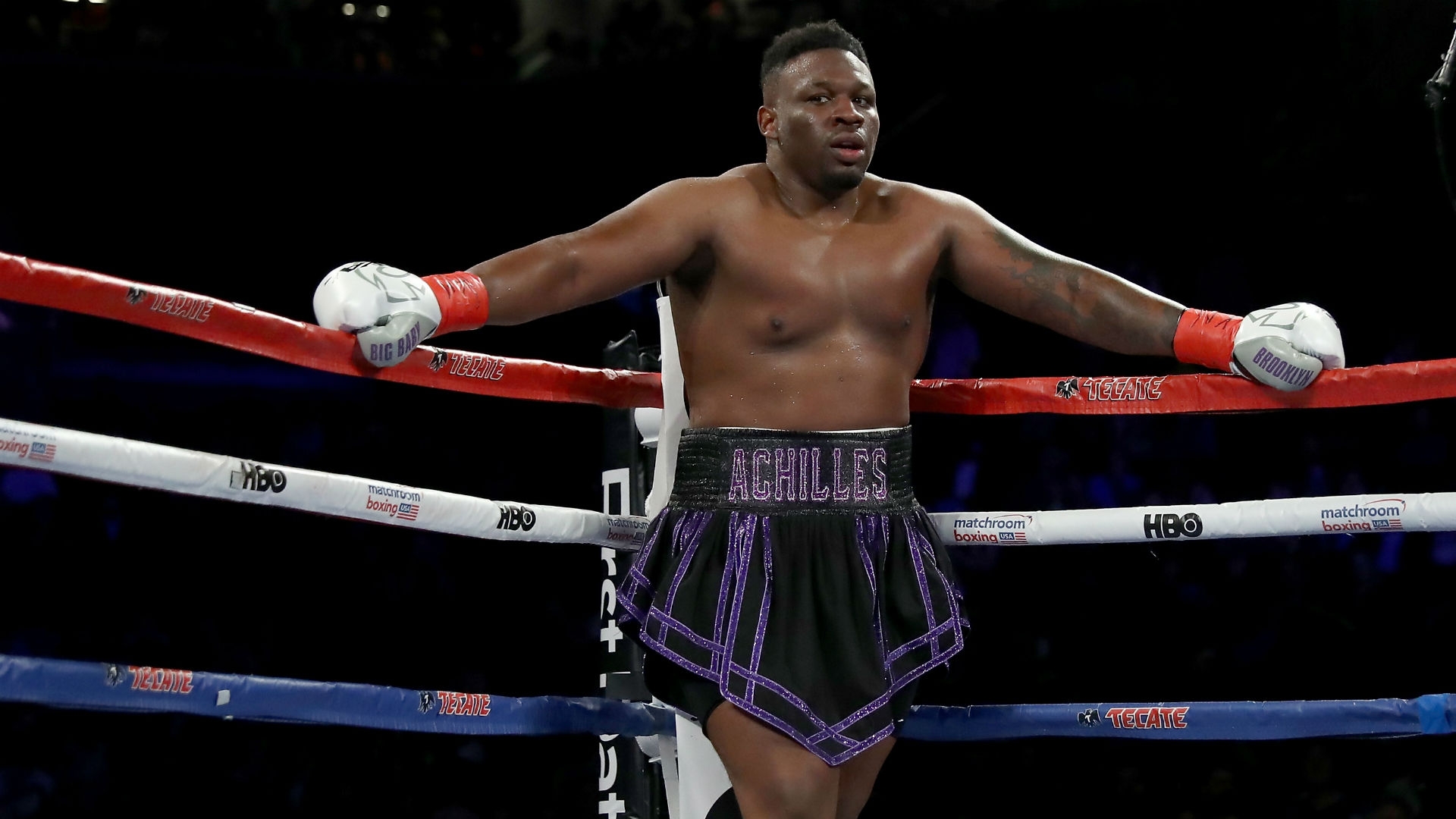 From a hero to a zero.

It has been a lousy week for heavyweight contender Jarrell Miller, and the hits just keep on coming. Happy 4/20 everyone.

According to multiple sources reporting exclusively to FightNights.com, Miller (23-0-1, 20 KO's), 30, of Brooklyn, refused to take a drug test following a seventh-round stoppage against Donovan Dennis in January 2016.

The fight was the fifth of a nine-bout knockout streak that spanned from April 2015 to April 2018 when Miller went the distance with ex-title contender Johann Duhaupas.

Miller (23-0-1, 20 KOs), 30, has failed three, yes, three drug tests in less than a week. On Tuesday, he tested positive for the banned substance GW1516 (Endurobol), a result of a random urine test conducted by the Voluntary Anti-Doping Association (VADA) on March 20. The New York State Athletic Commission refused to issue Miller a boxing license, which cost him a shot at unified titleholder Anthony Joshua on June 1 at Madison Square Garden. Then, on Friday, Miller scored a hat trick by failing two additional tests for a total of three banned substances.

The results from a blood sample collected from Miller by the Voluntary Anti-Doping Association on March 31 were positive for human growth hormone (HGH), and a separate sample also received on the same day returned positive results for EPO, which increases the oxygen-carrying capacity of blood, and Endurobol (again).

"I want to thank all of my supporters who have stood by me since day one and especially during this extremely difficult time. I have not been tuned in to social media and any other media outlets to focus and channel all of my energies into working hard with no distractions," Miller stated on social media.

"I am absolutely devastated upon hearing the news my boxing license has been revoked in NY State, and I will be vigorously appealing this decision. I have never knowingly taken any banned substance, and when I found out the news last night, I was totally shocked.

"My team and I stand for integrity, decency & honesty and together we will stand to fight this with everything we have! This was a voluntarily test that I was very happy to do and these results came just one week after another voluntarily test that I had taken which was completely clean. I refuse to just lie down and let my dream be taken away from me when I know in my heart that I've done nothing wrong."

Miller's tone completely changed on Friday after the third positive test was revealed.

“This is your boy “Big Baby” Miller here,” Miller said. “A lot can be said right now. I’ma get straight to the point, I messed up. I messed up; I made a bad call. A lot of ways to handle a situation, I handled it wrongly. And I’m paying the price for it. Missed out on is a big opportunity, and I’m hurtin’ on the inside. My heart is bleeding right now. I hurt my family, my friends, my team, my supporters. But I’m gonna own up to it. I’m gonna deal with it, I’ma correct it, and I’m gonna come back better. I’m humbled by the experience; I understand how to handle certain things. I’m gonna leave it at that. I love you guys, and I appreciate you guys out there, and as fighters, we go through a lot, I don’t wanna make it a bad name for ourselves. It’s time to do right, and get right. So I thank you guys.”

Miller also previously served a nine-month suspension from the California State Athletic Commission after testing positive for Dimethylamylamine when kickboxing in 2014.

This is not just one mistake or one "mess up." We are talking about four, five -- at this rate, maybe 10.

But one thing we know for sure, we will not be seeing Jarrell Miller in the ring again for quite some time, maybe ever.

Joshua will still defend his unified titles on June 1 at Madison Square Garden in New York against an opponent to be announced.