Beginner Guide to Betting on Boxing 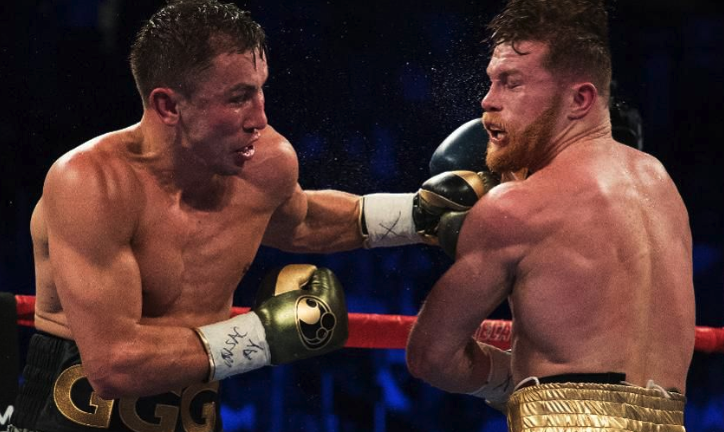 Boxing has been one of the UK's fastest growing sports of previous years. Through the 00’s and the 10’s, participation and popularity of Boxing sky-rocketed and today, the sport is one of the most popular in the country, and one of the most watched when the Heavyweights come to blows.

The sport is also a favourite to bet on. Attending a high-class boxing bout has become the fashion for celebrities and the wealthy, who lump hundreds of thousands on the fights – one punter stuck over £100,000 on Antony Joshua to beat Dillian Whyte back in 2015. But for those with less capital and less experience betting on the sport, here’s your definitive guide to doing so.

There’s a million places to bet on the Boxing, but only a few are worth doing so. The best place to bet in shop is William Hill. The High Street bookmakers struck a partnership with Eddie Hearn's Matchroom Boxing promoters back in 2016, when they first sponsored a Joshua fight against the American Charles Martin. AJ has since become the brand ambassador for William Hill, and the bookies logo can be found plastered on the ring during Matchroom bouts. Hence, William Hill will usually give you best price on the Boxing, particularly on AJ fights.

Another online bookmaker which is becoming more prevalent in the United States is Bet365. The have a very easy to use website, and offer good odds all of the big fights. If you’re unable to watch the fight, they also have a live streaming on many fights.

What to bet on

Before, a bet on a boxing event would either be win or lose. But there’s plenty more markets for you to have a flutter on these days. Bout betting (betting on either fighter to win the bout) is still a popular bet, but often in Boxing there's a clear favourite in the bout, so the odds and profit you can make aren’t always great. Also, when bout betting, you can bet on the bout to be won by decision.

One of the most popular bets to have in Boxing in group round betting. This is different to round betting, which is where you bet on a round for the fight to be won, so for example ‘Joshua to win in Round 6’. Group round betting offers a bit more leeway to this, as you bet on a group of rounds (usually three rounds) for the fight to be won in – ‘Joshua to win in Rounds 6-8’ for example (Source: https://bestbetsfree.com/betting-guides/beginner/sports-betting-for-beginners-basics/)

There’s plenty more markets for you to bet on though, and another popular one is method of victory. As noted before, you can bet on how the fight will be won. Either TKO or decision is how the fight can be won, but with decision there can be a split decision (where the majority of judges believe one fighter has won) or a unanimous decision (where all judges agree on the victor).

A lot of Boxing betters also like to bet on how many rounds the fight will last. This is done in the over and under style, where the bookmaker offers you a number of rounds, and you bet on whether the number of rounds in the fight will be under or over that number. E.g Joshua v Whyte bout to be over/under 6.5 rounds. *

*Note that over/under betting is always done by a .5 figure.

As with every sport there are specials you can bet on. Most bookmakers both on the High Street and online, offer specials on the Boxing. This could include bets like ‘the colour shorts that AJ will wear’ and what song will he walk out to, plus many more.

Whenever you’re betting, whatever sport it be on, always do your research. There’s not often the upsets and drama in Boxing that the likes of the Premier League has, but when there’s a big bout with a lot of bets on the line, the odds can be a lot tighter. That’s why it’s important to wise up on your boxing knowledge before having a bet. Getting the latest news and opinion from the world of Boxing, and you can research previous fight results of each fighter to give you the edge when betting. The best place to do this is on our website’s news section here: http://fightnights.com/news