Fury’s father thought Wilder would paralyze him; he proved otherwise 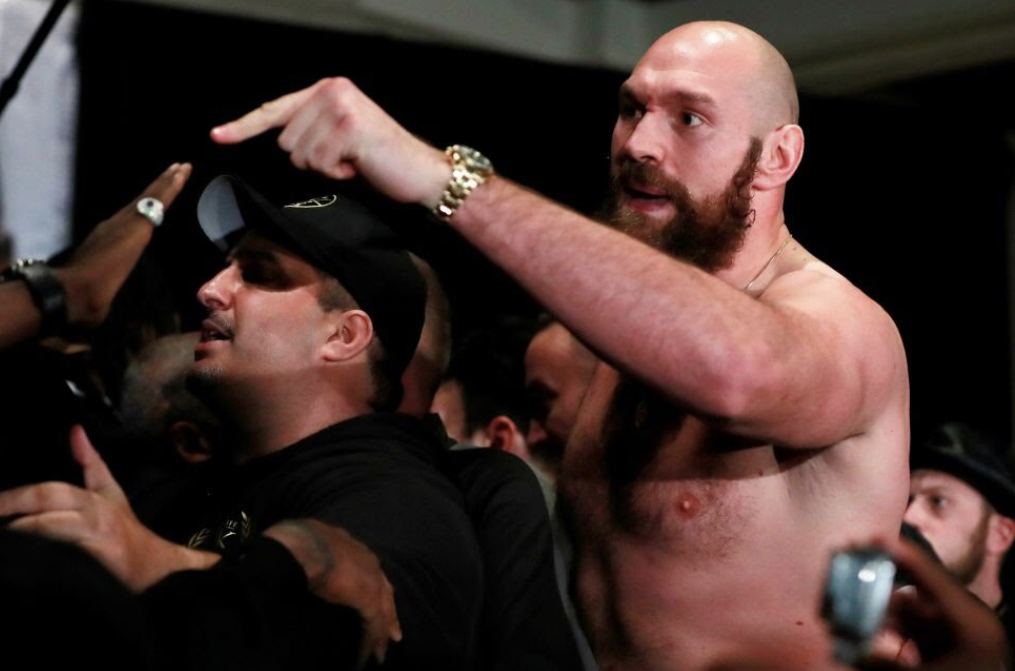 For the first in his life, Tyson Fury was doubted by his own father.

John Fury knows a thing or two about boxing. While fans today know his unbeaten son as the “Gypsy King,” the elder Fury was “Gypsy.” Born in the East Anglian county of Suffolk in the United Kingdom on May 22, 1964, Fury was a well-known bareknuckle boxer who turned pro in 1987.

His career was a short one, with his most significant bout coming against former heavyweight champion and 1988 Olympian Henry Akinwande in October 1991. Fury lost in a third-round knockout.

After a handful of fights, Fury took his son under his wing until 2011 where they enjoyed much success.

Since then, Fury has witnessed his son become heavyweight champion of the world. On the same token, he has seen his son overcome the worst of odds, including drug and alcohol abuse, mental illness — including depression and suicidal thoughts — and weight gain from around 247 to 400 pounds.

But according to his son, Fury was positive that his son was going to get knocked out, even paralyzed by WBC heavyweight champion Deontay Wilder, and urged his son to not take the fight.

“I believe in life that the higher the risk, the higher the reward,” said Fury recollecting his father’s concerns. “While I did fight Wilder after being back for five months active, it was a dare to be great move. My own father said to me I’d probably get knocked out.

For the first time in my life, he doubted me,” he continued. “‘Deontay Wilder will bury you,’”. Those were his words to me. He said ‘not just knock you out, but he’ll probably put you in a wheelchair, too.’”

At Staples Center on December 1, 2018, the two fighters met. Fury outboxed Wilder for most of the fight, but Wilder dropped Fury twice, once in the sixth, and once more in the 12th — a thunderous knockdown that Fury somehow survived — , and the bout ended in a controversial split draw.

FightNights.com, like many, had Fury winning the fight with a score of 114-112.

Fury had a point to prove, not just to his father, but to the millions of boxing fans around the world.

It is imagination that makes us progress. If you look into the history of man, it is the imagination that propelled the human race. The human mind is capable of anything as long as you put your heart, soul, and mind to the task.

Fury, in part with motivation from Wilder, got his life back under control. And without his impressive performance against the heavyweight division’s most fearsome, destructive puncher, perhaps Top Rank would not have seen just how talented, valuable, and skilled he really is.

Fury returns to the ring on Sept. 14 against unbeaten, yet unheralded Otto Wallin. Wilder will defend his heavyweight title for the 10th time Luis Ortiz in a rematch in late November. If both win their respective bouts, Fury and Wilder will square off once again on Feb. 22 in Las Vegas.