Joshua points finger at referee for stopping fight too early 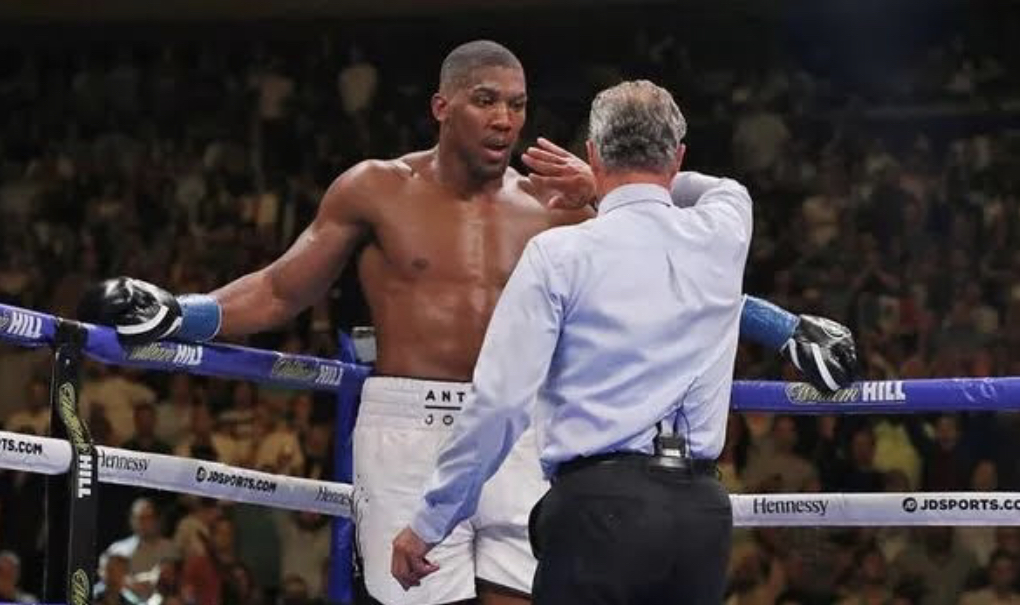 Joshua (22-1, 21 KO’s), who held three of the four heavyweight world title belts, was dropped four times and lost his titles in a seventh-round knockout to Ruiz on June 1 at Madison Square Garden in New York.

The former heavyweight champion said that he and referee Michael Griffin miscommunicated and that led to him stopping the fight.

“So, the mouthpiece comes out, you go to the corner,” Joshua said. “You know, I think the referee had already done his [eight] count. So, I’m in the corner now and then they put the mouthguard in. Or you rinse it, and they say, ‘Are you ready to fight?’ I said, ‘Yeah.’ So, before my mouthpiece was even in my mouth, he had called off the fight. So, I’m like looking at him. ‘You haven’t even put my mouthpiece in? What you want me to do? Yeah, I’m ready,’ and walk out without my mouthpiece in. So, me and him had a miscommunication.”

Joshua spat out his mouthpiece prior to getting dropped for the fourth time in the fight with just under two minutes remaining in the seventh round. Joshua got up and walked back to his corner and rested against the ropes, with his arms spread on the top rope.

“Yeah,” Joshua said after Griffin asked if he was ready to box again.

Joshua appeared dazed and out on his feet, bleeding from his nose. Then, Griffin took matters into his own hands and stopped the fight anyway.

Joshua will get his chance at redemption against Ruiz when they rematch on Dec. 7 (DAZN) at a soon-to-be-constructed 16,000-seat outdoor stadium in Diriyah, Saudi Arabia.

The 2012 Olympic gold medalist said that it is his job to ensure that he does not put himself in a position where the referee could potentially impact the outcome of the fight.

“I always said when I was winning, in the amateurs and in the pros, I always say my job is to fight,” Joshua said. “If you listen to what I say, my job is to fight, the referee’s job is to ref and the judges’ job is to judge. So, that’s his call. So be it. And next time, it’s not my duty to leave it down to the ref. I’ll go out there and do my business – take it out their hands. That’s what I’m saying.”