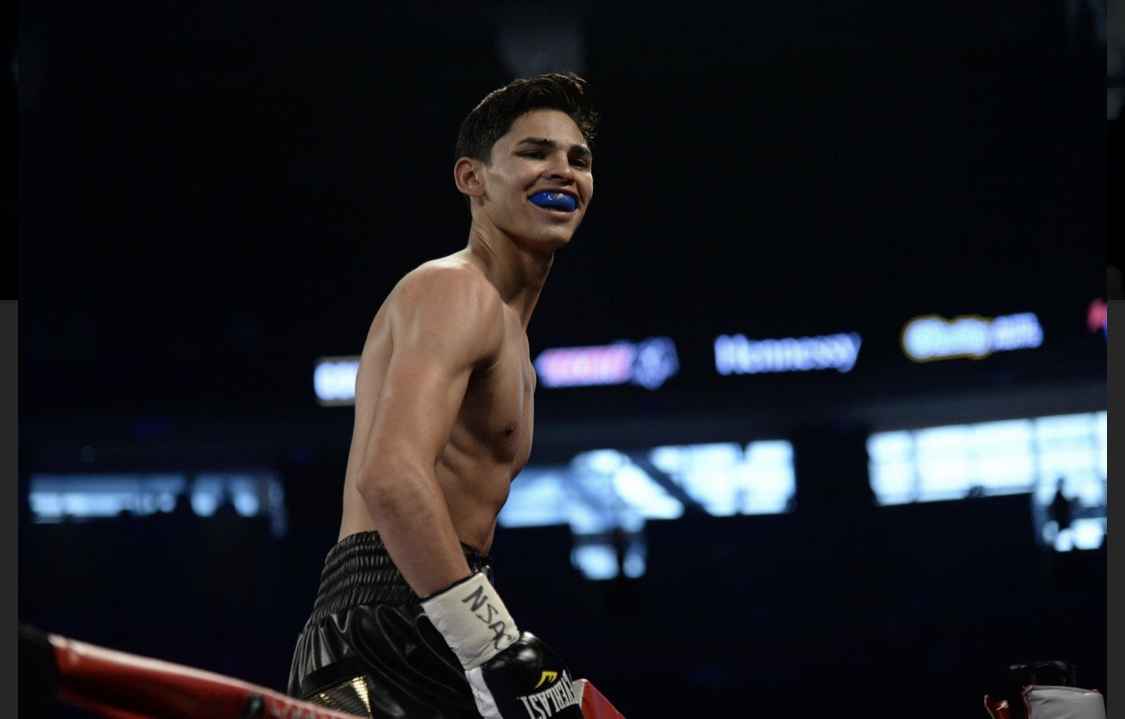 Lightweight prospect Ryan Garcia had a chance to fight a replacement opponent on Saturday night after his original one was arrested.

Avery Sparrow (10-1, 3 KO’s) was set to face Garcia (18-0, 15 KO’s) in a 10-round lightweight contest night (DAZN) in Carson, California, but the fight was removed from the card after U.S. Marshals apprehended Sparrow.

Fellow 135-pound fighter Romero Duno was also slated to fight Ivan Delgado on the card, but his opponent failed to make weight. This left Garcia and Duno without opponents.

Duno expressed his interest in fighting Garcia. However, Golden Boy Promotions President Eric Gomez told The Athletic that Garcia turned down the opportunity because ‘He’s too tough.’

According to The Athletic, Garcia still has a chance to change his mind on Duno. However, his handlers at Golden Boy are on the prowl looking for other replacement opponents as we speak.

Clarification: Gomez later clarified on Twitter that it was Team Garcia, not Garcia himself, that felt that Duno was too tough.