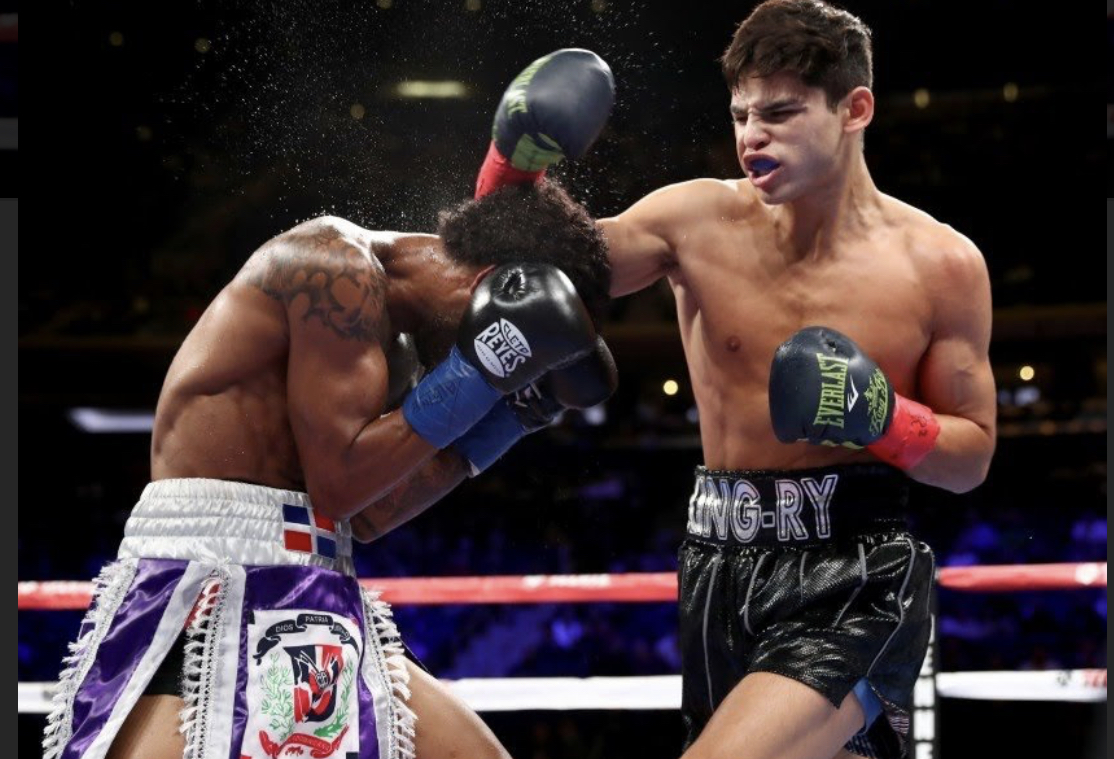 Ryan Garcia is understandably incensed after his slated fight with Avery Sparrow was nixed because Sparrow was arrested Friday just hours before his scheduled weigh-in.

Sparrow's promoter, Russell Peltz, said the fighter was wanted by police for allegedly brandishing a handgun in a domestic dispute in April.

As a result, Garcia (18-0, 15 KO’s), 21, is left without an opponent for tomorrow night — for now, His handlers at Golden Boy Promotions are on the hunt for a replacement opponent, but that is not entirely why Garcia is upset.

Duno was also set to box Ivan Delgado on the card, but he failed to make weight.

The Ring’s Ryan Songalia also reported that Garcia’s team offered step-aside money to Duno so he could face Delgado.

Gomez later clarified his comments and said that it was Garcia’s team who felt Duno was too tough, but it was too late.

When asked by reporters why his promoter would release such a statement, Garcia left it up to the media to answer.

“What do you think? I know you’re smart,” Garcia said.

Garcia later tweeted: “I really wish y’all didn’t have to put out fucking lies!!!! Sad asf! Never in my life have i ever said someone is too tough LMAOOO trying to cover there fu** up.

“You’ll do anything to make the blame on me! I had no clue Avery had a warrant! He got arrested! The card in Risk bc i sold and got the viewers, remember when i didn’t have value! Now a bull**** story comes out that I’m scared of duno! Peanuts I’ve been given and guess what...”

Garcia, who fights at 135-pounds, was initially slated to face Duno all along on Sept. 14, but the baby-faced prospect did not agree with the idea.

He explained in August: “To all my fans, yes I was supposed to fight Romero Duno in September,” Garcia (18-0, 15KOs) announced on Twitter. “I decided to not go with that because I wanted to fight him as main event in November and not be some co-main event on a card that will be driven by me.

“The bottom line is I deserve the right promotion for fights with the full time to promote and not be thrown into a fight and have myself do the whole promotion. Knowing my fan base, they will tune in no matter what but I deserve to have a full promotion fight with Duno!”

Garcia could still fight Duno on Saturday night, but according to Gomez, the decision is up to him. Former 135-pound world title challenger Petr Petrov is also an option. However, according to The Athletic, the bout would be contested at the junior welterweight (140 pound) division, meaning both fighters would move up in weight.