Why boxing needs to regulate advisors 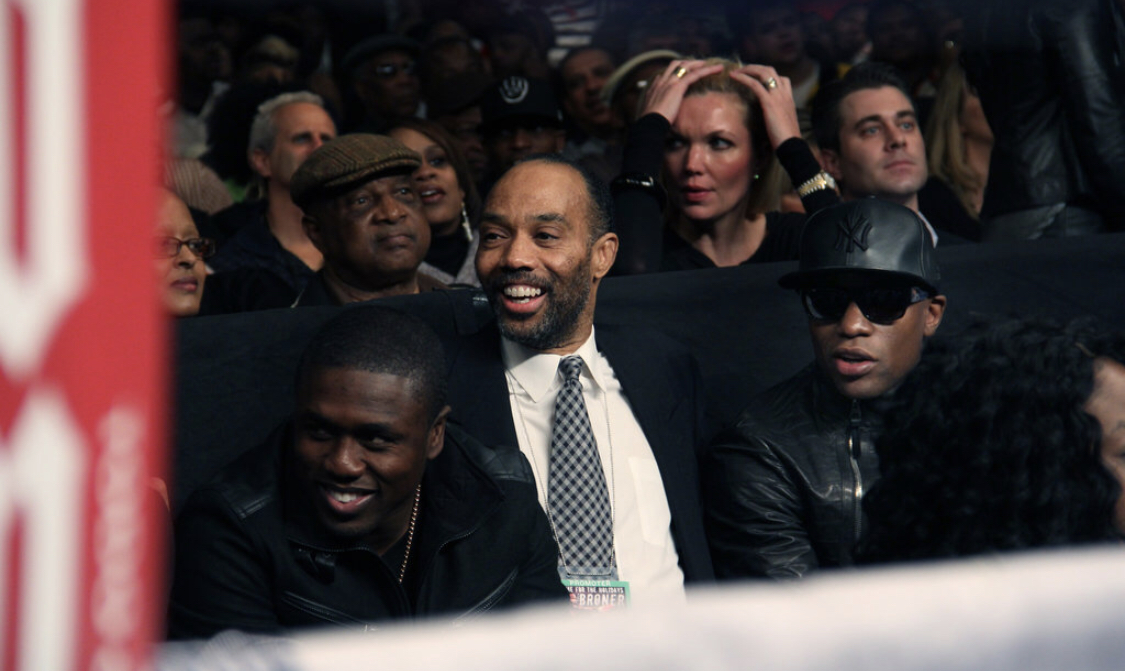 There is a prevailing attitude among people in this business to make money off a fighter, and some find it necessary to do it without their knowledge.

Making money from a fighter’s purse is a necessary part of doing business in the fighting world. However, I have also met fighters who were all too willing to waste everyone’s time, whether it be a trainer or a manager.

Then, they become frustrated when it turns out their team has not made much money at all. In those cases, the team has to take steps to protect themselves and their position. An example of this would be the Terence Crawford-Viktor Postol pay-per-view in 2016. Top Rank lost money from that fight after it generated around 55,000 buys.

The economic and regulatory atmosphere in the sport has created a new category of operative. The category is that of the “advisor.”

The advisor isn't a promoter, although it might in reality apply to some people who have promotional contracts with fighters who don't promote fights. He's not a manager, either.

The advisor sort of just exists and may succeed, by slipping through the cracks between what the current state and federal laws regulate, and what the individual state commissions care to deal with.

Of course, that doesn't necessarily mean that an advisor is a bad actor. Many good people have operated in boxing without a license; without being classified as anything specific.

Sometimes, however, there are other motivations of an advisor who is a “bad” person.

Because an advisor isn't a promoter or manager, he does not fall within the regulatory restrictions that promoters or managers normally do. For example, a manager is limited in most states to a percentage that is equal to 33-1/3% of a fighter's purse. Restrictions on promoters are loose; yet in the U.S. you can't take a percentage from a fighter's purse as a manager would, and you can't officially be the manager and promoter of record for the same fighter. Also, as you'll see below, by federal law a promoter can't have a direct or indirect financial interest in any individual fighter (whether it's enforced consistently is another issue).

None of these restrictions currently exists for the advisor. Therefore, theoretically, an advisor can take as much as he can, whether it is directly from a fighter's purse, or as part of a “side deal”, to the extent that he can get away with it, and as long as he can find a third party (i.e., a promoter who uses his fighter) to comply.

Perhaps more importantly, there is the legal issue of disclosure as well. In Section 13 of the Muhammad Ali Act, “(b) DISCLOSURES TO THE BOXER- A promoter shall not be entitled to receive any compensation directly or indirectly in connection with a boxing match until it provides to the boxer it promotes– `(1) the amounts of any compensation or consideration that a promoter has contracted to receive from such match; `(2) all fees, charges, and expenses that will be assessed by or through the promoter on the boxer pertaining to the event, including any portion of the boxer's purse that the promoter will receive, and training expenses; and `(3) any reduction in a boxer's purse contrary to a previous agreement between the promoter and the boxer or a purse bid held for the event.”

And from Section 5 of the same bill,

Obviously, this can be a motivation in and of itself to avoid licensure as either a manager or promoter. Faced with the choice of being required to make financial disclosures to fighters, or being able to sidestep that obligation, which do you think some boxing people would choose?

The dangerous part is, although he is unlicensed, unregulated, and unrestricted, the function can in fact take on the character of that of a manager, promoter, or both simultaneously, without being identified as such. This, in effect, can allow the advisor to operate freely against the best interests of the fighter he is purporting to “advise”, and concurrently, outside the system, creating a Pandora's Box of issues that simply can't resolve themselves through the conventional process of boxing regulation and enforcement.

Almost no jurisdiction in this country recognizes the role of these advisors or has taken steps to address what they do. Needless to say, neither have the Professional Boxer Safety Act or the Muhammad Ali Act.

Instead, there seems to be an insistence on trying to fit them into the categories of “promoter” or “manager,” which themselves are so poorly defined in the laws, or “matchmaker,” which doesn't even apply.

And when nothing is quite

appropriate, commissions customarily take the “default” option, which is to do nothing.

And don't think those who present themselves as “advisors” don't fully realize that.

You can't fit a size 14 shoe into a size 6 shoebox. Those are facts. But instead of ignoring it, maybe state commissions, would aspire to build that bigger “shoebox.”

Here are my suggestions: First, you must be able to establish a certain standard for whether a person should be licensed and subject to regulation.

And what should be that standard?

- Any person that has a direct financial benefit as a result of a fighter’s participation in a professional bout or a series of professional bouts should be required to be licensed and regulated by the appropriate jurisdiction.

- Any person that represents himself, or offers, himself as someone who offers professional advice to a fighter related to actual bouts the fighter participates in - whether a direct or indirect financial benefit is gained or not, should be required to be licensed (this does not include attorneys that may give the fighter financial or legal advice outside the scope of his actual participation in fights)

- Any person that negotiates on behalf of a professional fighter in connection with any agreement that will result in a professional bout taking place, should be required to be licensed (this does include attorneys, since the counsel they provide would have a direct connection with the quality - or lack thereof – of financial benefit a fighter receives from a bout)

Some additional categories these licensees might fit into would also have to be created, in order to accurately reflect what goes on in this business. Regulators should not be too lazy to do this.

The category for which the party is licensed should be determined not by the individual, but by the commission, and shall be based on the actual role that party plays, not by the perception the party chooses to create.

And one of those categories needs to be for the “advisor.”