Tyson Fury says he was a victim of racism, fueled controversial outbursts 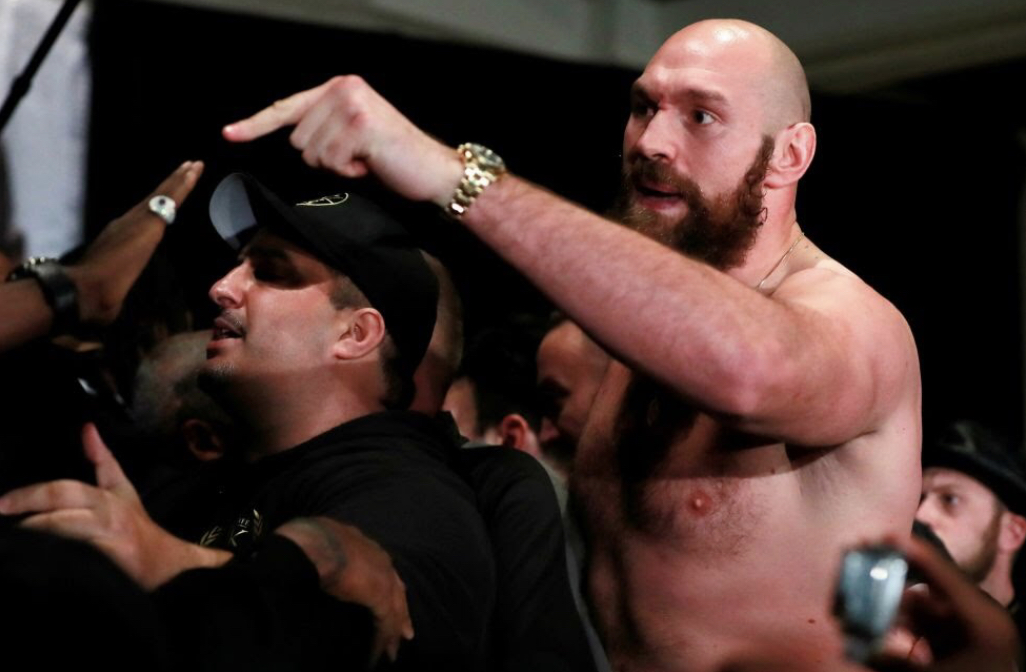 Lineal heavyweight champion Tyson Fury said his controversial remarks, which have offended those in the LGBT community and women, are a direct result of racism he experienced as an amateur.

A month after Fury (29-0-1, 20 KO’s), 31, of the United Kingdom, became a three-belt unified world titleholder with a lopsided unanimous decision over Wladimir Klitschko in November 2015, a video surfaced of Fury giving his views on women.

“A woman’s best place is in the kitchen and on her back, that’s my personal belief,” Fury said.

During the buildup to the Klitschko fight, Fury faced much criticism for likening homosexuality to pedophilia and went on to say that abortion and homosexuality are two of the “three things that need to be accomplished before the devil comes home.”

These remarks derailed his hopes of winning BBC Sports Personality of the Year in 2015 but a year later he told his fans: “Everyone just do what you can, listen to the government follow everybody like sheep, be brainwashed by all the Zionist, Jewish people who own all the banks, all the papers all the TV stations. Be brainwashed by them all.”

Fury explained that racism directed towards the Traveller community fueled his outbursts, along with his well-known struggles with alcohol, drugs, and mental health.

Fury spent 30 months out of the ring after beating Klitschko and even contemplated suicide.

Fury has since apologized for his behavior.

"I started playing this part, being arrogant and cocky," Fury writes in his autobiography "Behind The Mask,” which comes out on Thursday.

"I eventually lost myself in this character,” Fury continued.

"When I started out as a pro, I made a decision which on reflection played a big part in exacerbating my moments of despair.

"I went into the paid ranks off the back of an amateur career during which I was aware of racism against travellers. This made me an outsider and so I felt that for me to get the attention I needed to be an attraction in the sport, I had to play the outlaw.”

Fury, who is set to rematch fellow unbeaten heavyweight titlist Deontay Wilder on February 22 after their first bout ended in a much-disputed draw, said he became unable to distinguish between reality and role-playing

"I felt I had to act out a role to seek publicity and to do that I had to be controversial and shock people with how I talked," said Fury.

"To some degree it worked. But playing the role got to the point where I didn't know what was real and what was the act."

Fury credits his wife Paris — whom he met when he was still a teenager — for sticking with him through his struggles.

"I can't really put into words how much it means to me that Paris stuck with me and the pain it causes me when I look back to how low I brought her, because she didn't deserve it," Fury, who has recently participated in a WWE bout in Saudi Arabia on Halloween, added.

"I confess I didn't react as I should have done and I regret how I came across at times," he said.

"I was angry and felt under-appreciated."