Tyson Fury and Robbie Williams Team Up For Christmas Number One 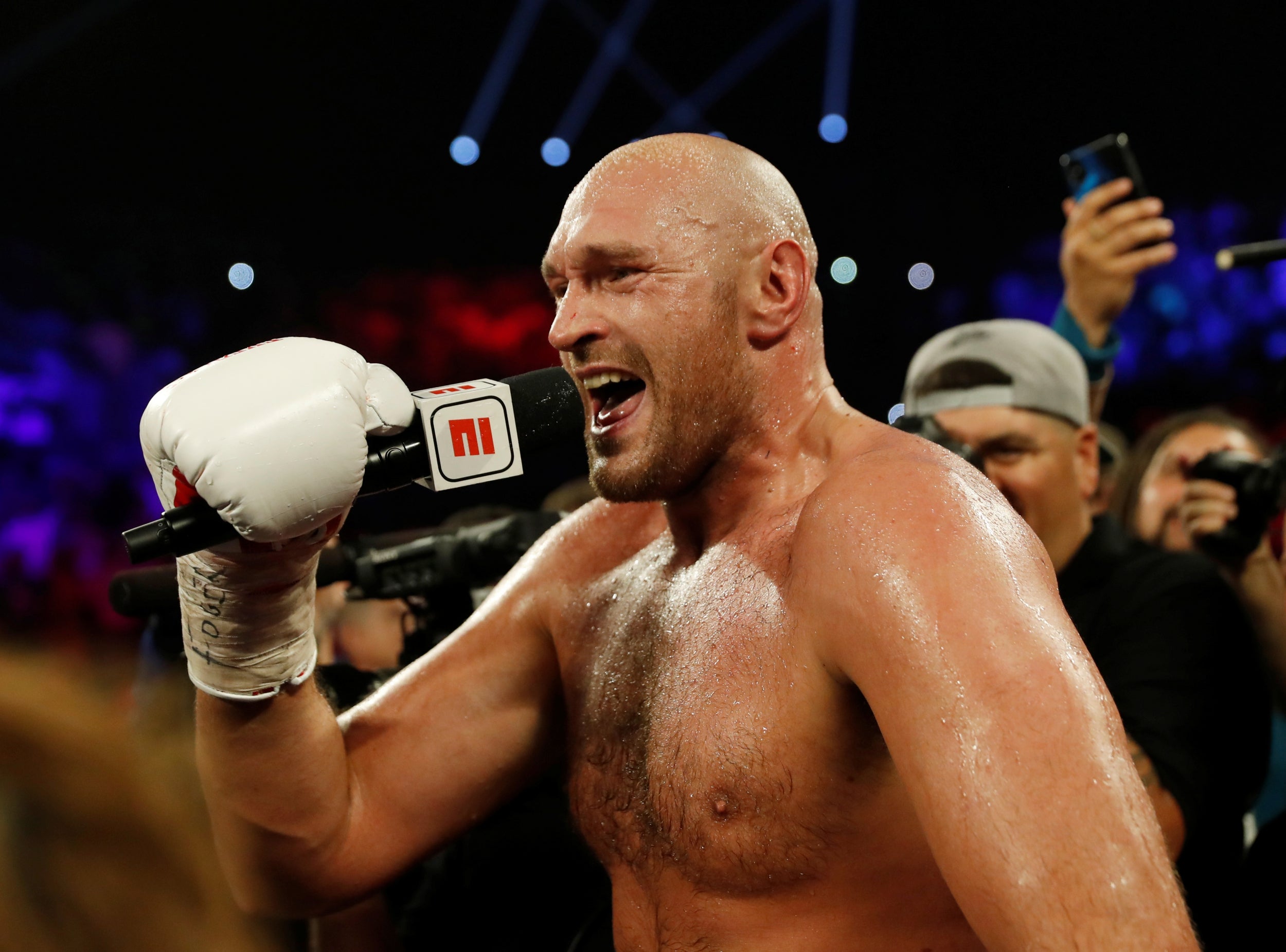 Yes thats right, the Heavyweight champion boxer, Tyson Fury and singer Robbie Williams have actually come together to collaborate on a potential Christmas number one song. So how on earth would something like that even come about?

Tyson Fury was fighting in the MGM Grand Garden Arena in las Vegas against the WBO Inter-Continental heavyweight champion Tom Schwarz. And Las Vegas just happens to be where singer Robbie Williams has a residency at the Wynn Hotel. On the night in question, the ex-Take That singer was given tickets to the fight by Fury himself. He was then invited back to the changing rooms to meet the heavyweight.

The two got chatting with Robbie Williams. saying he had seen Tyson singing before, after his fights. This was in reference to him singing Aerosmith’s ‘I Don’t Want To Miss A Thing’ after he beat Klitschko on points back in 2015. Williams asked him if he fancied featuring on one of his songs on his new Christmas album. Fury, who isn’t one to shy away from a challenge, responded with a “HELL YEAH!”.

After his second round win against Tom Schwarz, they then met up to write and record the new Christmas song. As both of them hail from the North of England, they decided to theme the song about a typical Christmas party in the area, according to Robbie Williams.

When asked about how he thought it would do, Fury said he thinks it will be UK Christmas number one. Realistically, the 18 stone heavyweight has a better chance of riding a Grand National winner than getting this to number one! However, there are plenty of bookmakers who think he has a chance, giving him joint favourite status alongside Lewis Capaldi and Stormzy so stranger things have happened.

The song is not exactly a warm and fuzzy celebration of the Holidays. The song is titled ‘Bad Sharon’ and reading through the lyrics certain lines jump out and make for interesting reading.

The chorus starts with a catchy “Grab Bad Sharon from the office, nick the champagne, lets get off it”. And continuing the theme of just absolutely getting hammered drunk are the lines “You know the score, as soon as you sink that shot, there’ll be one more, as sure as your face hits the floor”.

Let’s be fair those lyrics are pretty much self explanatory. But as both men have had their issues with alcohol over the years, this is more of a joke or a nod to their earlier years.

However, a Tyson Fury song wouldn’t be complete without his famous insult, “Go to bed you sleepy dossers” which he has managed to shoe-horn into the Christmas ballad.

Ultimately ‘Bad Sharon’ probably won’t end up being a classic, and Mariah Carey is in no danger of losing her Christmas crown, but it is another, in the ever-growing list, of iconic Tyson Fury moments. And actually, after a few listens, ‘Bad Sharon’ isn’t actually that bad!