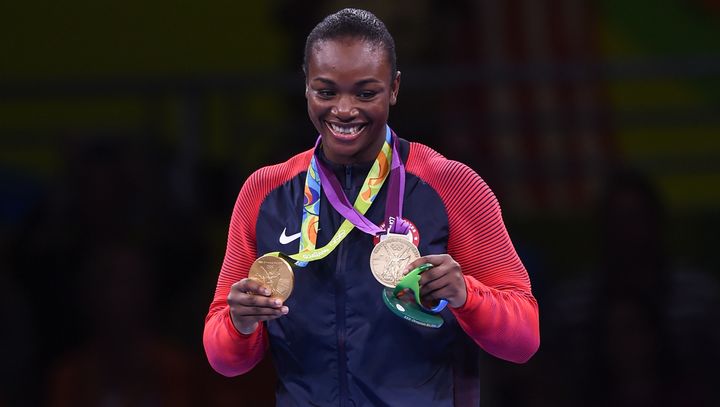 Claressa Shields receives a lot of criticism, much of which is unwarranted.

Sure, some people go as far to say that she is monotonous and generally carries a chip on their shoulder. While that might be true, if we lived for one day in her shoes, particularly in her childhood, wouldn't all of us carry that with us?

Shields' childhood consisted of sexual abuse, abandonment, and hunger. At an early age, she was ready to quit on life. For those of us who have never experienced molestation or neglect, it is very difficult to imagine being put in a situation where you're ready to say, "No mas."

Shields ultimate goal in life was to be a winner. Her father, Clarence, had taught everyone else in the family how to fight, but no one really considered taking it on as a full-time profession. After sharing stories about Muhammad Ali and his daughter Laila (24-0, 21 KO's), a unified super middleweight world titleholder at the time of her retirement in 2007, Shields asked her father about fighting. After initially turning down the idea because boxing was predominantly male, the younger pupil became incensed, which ended up convincing her father to give her a chance.

It has been 14 years. Shields has captured two Olympic gold meals in the 2016 Rio Olympics and the 2012 London Olympics. As a pro, Shields is unbeaten and became the fastest in history, male or female, to win world titles in three weight classes — in her case by going down in weight to defeat opponents at 168, 160 and 154 pounds in just 10 career fights. She outclassed and dropped Ivana Habazin en-route to a unanimous decision last month to complete the feat. Furthermore, in her previous fight, Shields routed Christina Hammer in a lopsided points victory last April

Yes, while it is true that the competition in women's boxing is not exactly world-class at the moment, we cannot take credit away from Shields. For instance, the competition within the heavyweight division when Wladimir Klitschko and his older brother Vitali ruled the weight class, was also particularly weak. However, that doesn't take away the fact that the two had Hall of Fame careers.

Shields explained to the Huffington Post that a part of her motivation to turn pro was to inspire young black women around the world that they, too, can fulfill their dreams in a world where people of color are still marginalized to this day in the United States.

“When I started my quest for 2016 I decided I had a great story to tell, that I wanted to inspire people, give them a little bit of hope, because I didn’t have that when I was little. Your life is your decisions and I decided to be great," Shields said. “I’m a great boxer but I’m also a person who loves uplifting people and make them feel great.

“There have been times when I wished my hair wasn’t so thick, but at the same time I love everything about me. Black women doing great things is magic. People don’t seem to expect much from black females, or females period, so that the fact I can be so dominant in a male-dominated sport means a lot.”

This side of Shields has not been reported on as much as it should. Dmitriy Salita, her promoter, late last year, posted a Facebook video of Shields speaking to young fighters at a gym, providing them tips on how to be successful.

"All of you got to work hard," Shields said. "You put forth the effort to be anything you want to be. Nothing is free, including school. You really have to dedicate yourself in order to be successful."

While her in-ring contributions have been impressive, her efforts to try and help those who look up to her, are also just as admirable.

Often times in the world of sports, we fail to see greatness when it sits right in front of us. We shouldn't allow this moment to pass. Shields is the Greatest Woman of All-Time.