How a mesmerized Asian couple helped reveal Wilder’s humble side 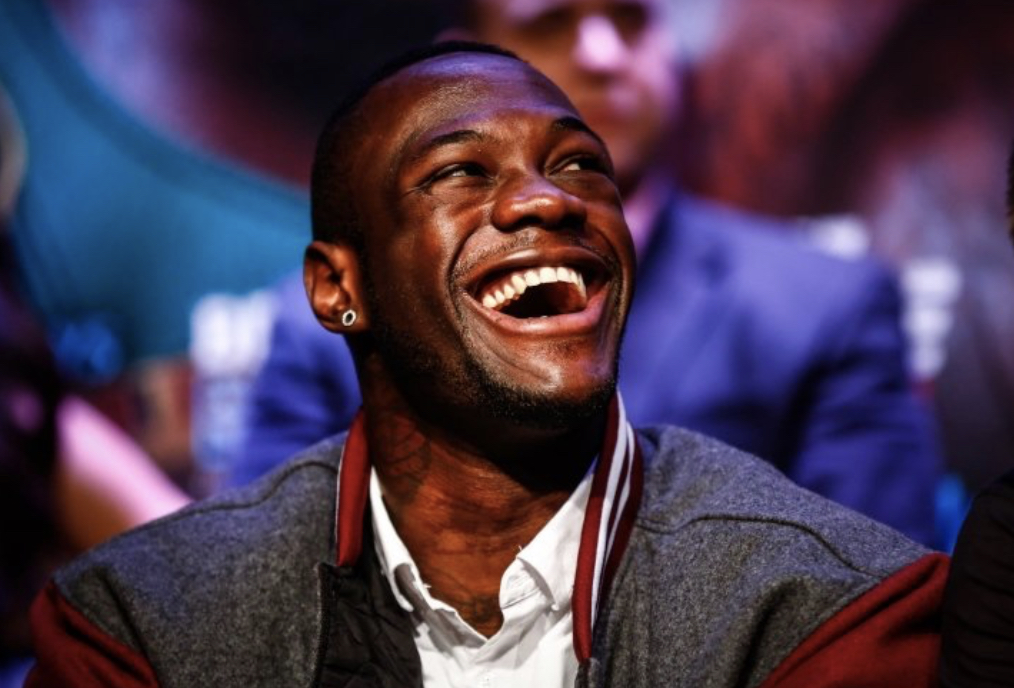 LAS VEGAS -- Sunday, June 21, 2015, seemed like any other day at McCarren International Airport in Las Vegas until an Asian couple on the train stopped and stared, their arms nearly shaking in trepidation.

At 9 o’clock stood the WBC heavyweight champion of the world himself, Deontay Wilder, who was just over a week removed from his first world title defense against Eric Molina.

A young boxing journalist with nothing to his name, without fear or perturbation, seeing an opportunity to talk to one of the future stars in boxing, slowly headed toward Wilder’s direction.

“Hey, champ. Do you have time for an interview?” the kid asked.

It was a shocking response for someone who was getting their feet wet as a boxing media member. After all, Wilder was 34-0 at the time, and with 33 knockouts to go along with it, he is perhaps the last guy you want to get riled up.

That same journalist also happens to be the individual who wrote this very piece.

The interview was short and went well, and although Wilder was actually in a hurry to make his flight back home, not once did he say the following: “Okay, well, make it quick. I am running late.”

He had every reason to say no and run.

Before leaving to catch my own flight, I caught the eye of the Asian couple who still appeared mesmerized by Wilder’s sheer magnetism.

“Tā shì yīgè zhànshì,” I said, which means “He is a fighter.”

The unbeaten Wilder (42-0-1, 41 KO’s), 34, of Tuscaloosa, Alabama, who has since defended his title 10 times, is widely known as the “baddest man on the planet.” Outside of the ring, though, he’s just Deontay, a father, and family man.

Wilder was once a waiter at IHop making around $70 a day in tips and then $400 a week working in a Red Lobster kitchen in order to take care of his daughter, who was born with spina bifida.

At one point, Wilder lost his family and was struggling to make ends meet. Darkness surrounded him, and although he is considered to be the biggest puncher in boxing, life nearly knocked him out.

But like many fighters, he not only fought through the adversity, he also knocked it out in the same fashion that has rendered his opponents motionless with a charismatic smile the size of Alabama. Last year, he hosted his inaugural Easter event, which hosted more than 50 families.

While a massive puncher inside the ring, Wilder has a heart that is just as immense.

Wilder takes on Tyson Fury (29-0-1, 20 KO’s), 31, of the United Kingdom in a highly-anticipated rematch Saturday for the world and lineal heavyweight titles at MGM Grand in Las Vegas.

“We all know that boxing is the hurt business and we both have bad intentions coming into this fight,” Wilder said. “I’m looking forward to our energies colluding and having an amazing fight.”

One thing is guaranteed. The “Bronze Bomber” won’t be too kind.