Lomachenko Lost: Who is Next for Him? 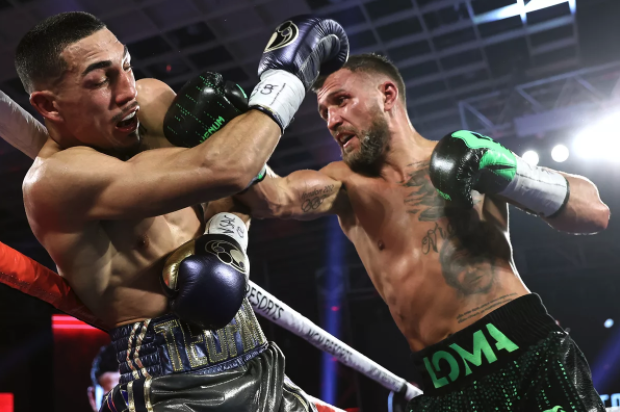 Vasyl Lomachenko is coming off a loss for only the second time in his professional career after a stunning defeat to now unchallenged champion Teofimo Lopez. What's next for the guy who was considered by many as the greatest pound-for-pound fighter?

Vasyl Lomachenko, one of the finest boxing fighters in the sport, suffered a stunning loss at the hands of Teofimo Lopez recently. With the defeat, Lopez took all three of the belts from Lomachenko and became the undebatable lightweight champion. Clearly, the sky is Lopez's limit, and at just 23 years of age, there are seemingly infinite choices.

Lomachenko, however, is in a totally different position, having to make every move count at the age of 32 and coming off his second professional defeat in 16 fights. Where is he going from here, then? To quickly reclaim his stature as one of the best fighters in the world, there are a few different courses he might take. So read this article, join sites at CasinoDeps and bet on the next opponent of Loma:

Move Back down to Junior Lightweight

Due to his time competing in the junior lightweight and featherweight ranks, Lomachenko rose rapidly to the top of the pound-for-pound lists. The only logical next step after running through most of the fighters in these weight classes was to jump up in weight once again to face bigger men at lightweight.

He was able to unify three of the four significant belts in the division easily. Still, he was far from his formidable self, and in this division, he appeared weaker in the ring against several of his rivals.

Jorge Linares, Luke Campbell, and Jose Pedraza were able to hit Lomachenko a lot and win a round, which was rare for Lomachenko 's opponents when they were competing in the lower weight classes.

At this point in time, a step back down in weight seems the most likely choice for Loma, as he can easily regain his status as one of the world's best warriors. Naturally, he would no longer have to battle men bigger than him, and if he is not at a disadvantage in size, he can use his elite skills.

There are some strong junior lightweight fighters, too, and a fight with Miguel Berchelt, a WBC champion, would be awesome.

If Teofimo Lopez goes up in weight and vacates his titles, that may be the only way that this move will happen. The plain fact is that Lopez is a top tier fighter, and almost nobody sees Lomachenko being able to defeat him in the future if he couldn't defeat him last in the last fight, even at his best.

That being said, Teofimo and his management have made no indication that they are trying to step up in weight, and if they had to do that, Lomachenko would be able to reclaim the belts that he lost to Lopez easily.

Before losing, he was the very best fighter in the division, and against most, if not all, of the weight class's rivals, he would be preferred. There are still bigger names at lightweight, so he might stick around and face Devin Haney, Gervonta Davis, and/or Ryan Garcia if Loma looks to be in major events.

Move Up to Junior Welterweight

For a man who was still at a bit of a size advantage at lightweight, this may sound like a bad idea, but there is a chance.

Mayweather captured titles in a total of six weight classes and Pacquiao in a total of eight. Several of the great boxers of all time took risks.

Currently, Lomachenko has won championships in a total of three weight classes, and if he were to step up again and claim a title, it would improve his resume, which is already worthy of the Hall of Fame recognition.

It does not seem possible, particularly coming off a loss, but it is an option if Lomachenko really wishes to increase his already great legacy.

There are some fantastic junior welterweight fighters, and there will still be a possibility for Mikey Garcia or Manny Pacquiao to come back down in weight for a 140-pound battle with Lomachenko.