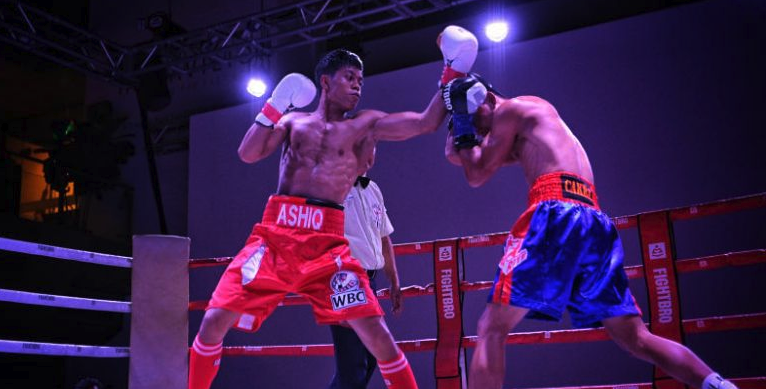 Betting on boxing can grow in the United States including fights in the UK. Betting on boxing can give the sport a boost and at the time of writing bookmakers offered odds on about 30 bouts scheduled to take place before the end of April 2019. There has always been a link between betting and boxing and the arrangement has the potential to become more mutually beneficial.

PAPSA was passed in the US Senate in June 1992 and the terms made it illegal for new states to introduce sports betting. At that time four states were exempt which meant Nevada, Oregon, Delaware and Montana had some form of legal sports betting. Since PAPSA was deemed to be unconstitutional New Jersey and Mississippi have launched legal sports betting including on boxing. The repeal of PAPSA has affected other sports including betting on the NBA.

The comments made by the Commissioner in 2014 about PAPSA had implications for betting on boxing. He wrote in a New York Times:

“Times have changed since PAPSA was enacted. Gambling has increasingly become a popular and accepted form of entertainment in the United States. Most states offer lotteries. Over half of them have legal casinos. Three have approved some form of internet gambling, with others poised to follow. In light of these domestic and global trends, the laws on sports betting should be changed.”

He got his wish in 2018 and boxing is one sport that can benefit from more regulated and legal sports betting. The end of PAPSA meant sporting bodies and leagues could take on board betting on their events and fixtures. Boxing fans in the United States can now place bets on the big title fights. The amount of betting on the Smith versus Egginton fight will probably be negligible with US punters but the repeal of PAPSA means it is now legal in an increasing number of states.

The halcyon days of boxing were during the 1970’s when there were huge occasions involving Muhammad Ali against fighters like Joe Frazier, Ken Norton, and George Foreman. Mike Tyson caused a revival for the wrong reasons in the following decade and there were some classic middleweight title fights during the 1990’s. No doubt there was underground betting on these fights but betting on boxing was legal in just a handful of states. The repeal of PAPSA could lead to another golden era but this time with legal betting on boxing in more states.

Boxing is a head-to-head sport with usually one of two outcomes. Fights can be declared draws but the typical odds for this result is 25/1. That means the vast majority of fights have a definite outcome and the fight winner is more or less a two-way market. The betting is basically binary but bookmakers will usually have the draw on their side as bettors are averse to betting on a stalemate. Punters looking for better odds can back a fighter to win in a named round or by a specific method. The demise of PAPSA has opened up betting on the sport.

The process of betting on boxing is easy and the scoring system is straightforward. The referee declares the winner at the end of a fight or there is a knockout or submission during one of the rounds. There is no ambiguity at the end of the event and the odds are easy to understand. If a boxer is 2/1 to win a fight winning punters collect two units for each stake. However, the sport does have the scope for related markets which appeal to more speculative punters. Fights are now less concentrated in Las Vegas and venues in other states can take advantage of betting betting.

Boxing can enjoy some benefits from betting. Spectators will have an added interest in the result of a fight when they bet on the possible outcomes. As reported by betting app review website TBA, mobile betting is now more prevalent than cash and internet betting so spectators can bet on a bout they are watching live. Convenience is key and a bet creates a bigger investment in the outcome. Engagement through betting can help boxing as long as there are regulations in place and it’s legal. The changes to betting laws in the United States will help sports to proper and this is the case with boxing more than most other sports.