Wilder And Fury Sound Off At Final Press Conference 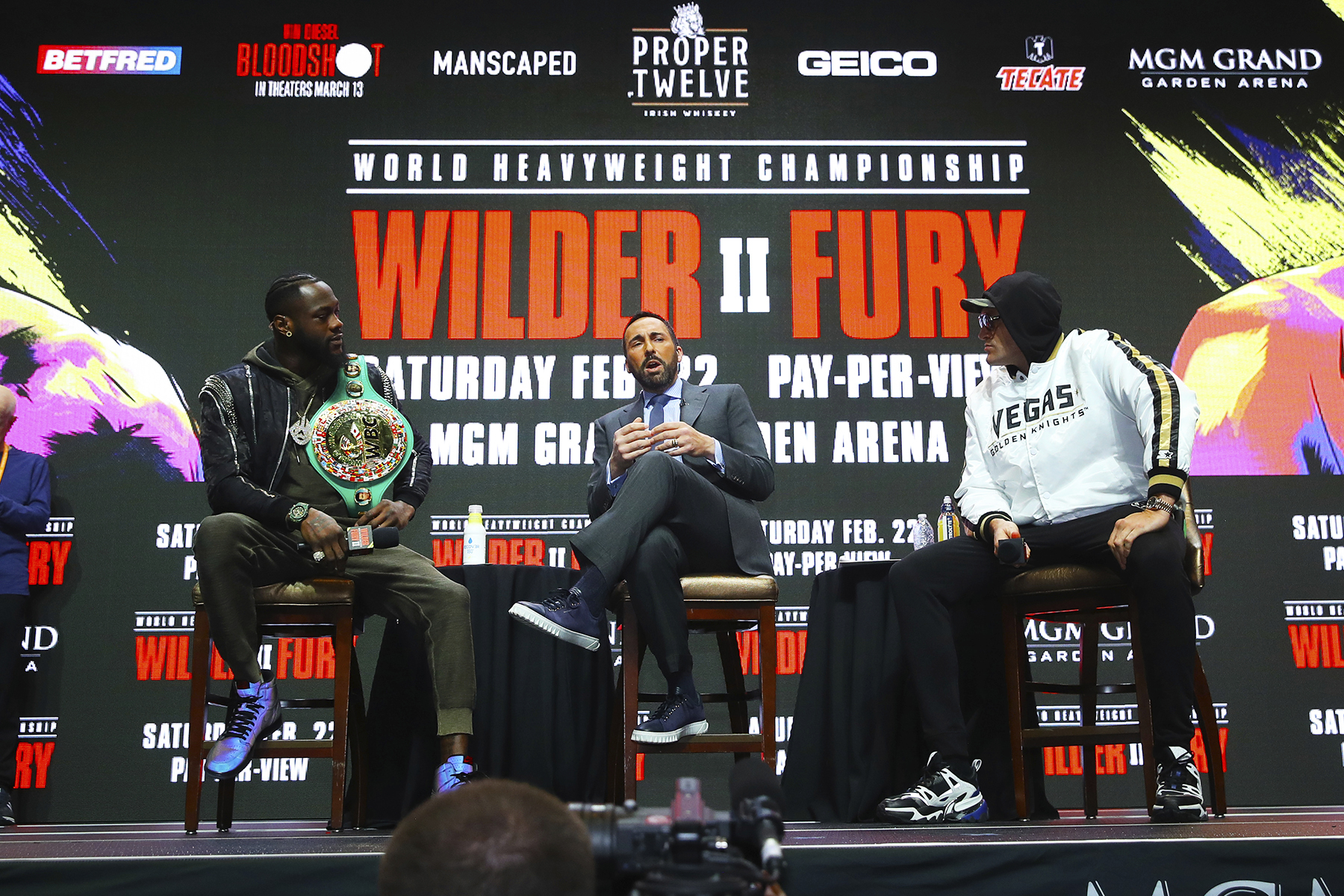 Wilder and Fury exchanged words and shoves on stage, just two days before they reignite their rivalry in the ring for the most eagerly awaited heavyweight showdown in decades.

Tickets for the event are on sale now and can be purchased at www.mgmgrand.com or www.axs.com. The event is promoted by BombZquad Promotions, TGB Promotions, Top Rank and Frank Warren's Queensberry Promotions. A Premier Boxing Champions presentation.

Here is what the press conference participants had to say Wednesday from the MGM Grand Garden Arena:

"I truly realized my power during my current knockout streak. I looked at my record and realized I was running through guys and knocking them out. You don't just go in and knock a human out based on will, you really have to have the power to do so, and through that I realized I had something different. I am just applying my service to my greatness and I am going to use my power up until I can't use it anymore."

"My power is God-given; I don't have to do anything at all. I don't have to lift weights or do a special type of cardio; it's born with me. It's an amazing feeling to have it and to be in this position, out of all the things I could be doing, God placed me in this position. As fighters, we are free in this sport, we say as we please with less consequences, so when I use my platform, I use it well. If people see what I do in my occupation and see that I bring the greatness out of myself, then that will translate to people that look up to me."

"Anything is possible in the ring, but it comes down to if he can back up his words. That is where your preparation for the fight comes out. One thing for sure, though, I am a great fighter on my back foot. That's when I'm able to really time you and set you up, and have you run into my own traps. He has a lot of things going on in his camp so that tells you how nervous he is."

"I don't believe anything Fury says. I think he is just trying to butter me up and use a lot of mind games. He did that in the first fight to try and steal rounds, so we were lucky that we had experienced judges that weren't influenced by that. I am not concerned with what I says, I am more focused on what he does. I am a man of action."

"I am planning for everything, but I think when coming forward doesn't work for him, he will resort to what he knows. He may try to come forward at first, but once he feels my power, that will stop quickly."

"Round 12 has been in his mind since day one, that's why he ran away from the rematch. In the back of Fury's mind, he will think about how I gave him a concussion and how he had no idea how he even got on the ground. So, I do believe that round is in his head, and if he says otherwise, he is lying."

"I deserve to be here because of the talent I have and what I am able to do. I have been knocking guys out for 12 years, so this is nothing new to me. I mean what I say, and I say what I mean, and I am exactly where I am supposed to be."

"You can see that we're both emotionally invested in this. We both want to give you all the best of us. Come Saturday night, we're going to release all of our energy in the ring and it's going to stay there.

"This is the moment I've been waiting for, and I'm sure he's been waiting as well. There are so many odds looking in and helping to put the heavyweight division on notice. This division has had tremendous action these last few years. Our first fight was amazing, and this is going to be an even more intense."

"Wanting to go head to head with him is a bold move, but we fight fire with fire. When I went at him in the first fight, though, he could not contain me. If I start doing that in round one, then he will be gassed by round five and hanging on for dear life, if he even gets that far."

"The 12th round of our first fight was a good round, and credit to Wilder, he got me with two of the best punches I have ever seen thrown in a 12 round heavyweight fight. As we have seen, that has become very famous, the ole' knockdown of the Gypsy King was very active online and all over the world. But the thing Wilder must be thinking is, I hit that guy with my hardest punch in round 12, and he got up. What do I have to do to keep him down?"

"The biggest puncher who ever lived should have to problem opening my cut up. He could not keep me down in the 12th round, so now I want to see if he is able to get up off the floor. I don't think he has the guts to get up."

"He's going to try to and the right hand. If I'm stupid enough to get hit with it, I deserve to lose. I hit the floor last time, but I showed that I'm truly a fighting man. If he can't finish me, I'm going to eat him up.

"Kenny Bayless is a top referee; he has refereed me before and he did a good job. I have no objections with the referees and judges, whoever they are they are, they will do a good job."

"It's been no secret that I'm looking for a knockout. That's why I hired Sugarhill and went back to Kronk. He gets you to sit down on that big right hand, and that's the game plan."

"What I did last time clearly was not good enough, and what better club to go to than Kronk? I know they can bring out of me exactly what I need for this fight."