Effects of Vaping in Athletes 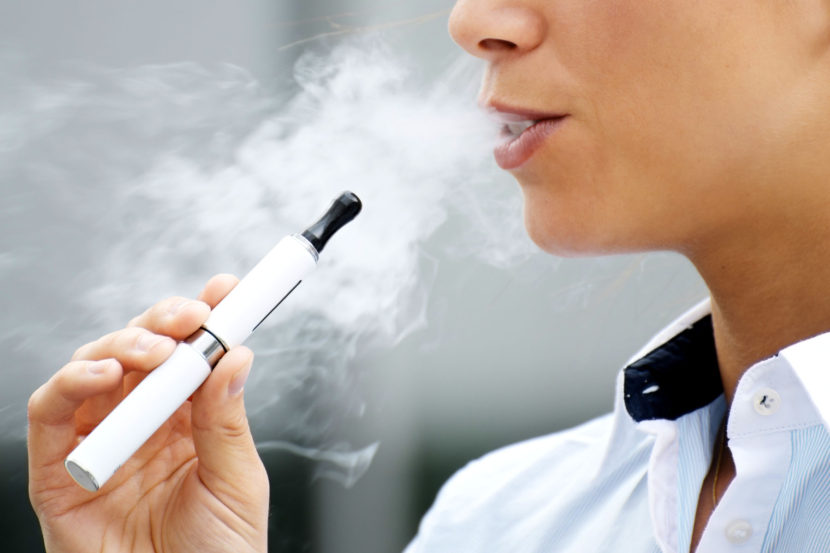 It’s no secret that smoking traditional cigarettes is unhealthy. It’s for this reason that tobacco companies have been banned from advertising on television. And, when they advertise in magazines, their ads must warn people that smoking kills. Since smoking is bad for human health, competitive athletes are advised to avoid it.

However, there is another phenomenon that has been quite tempting for athletes. That is vaping or using electronic cigarettes. Vaping is a new trend whose popularity has been growing for years. In the past years, a popular conversation has been that vaping is safer than traditional smoking. That’s because vaping does not involve combustion or inhaling smoke.

However, findings from preliminary research on vaping and reports of lung injuries have complicated this narrative. Nevertheless, vaping remains popular even now, especially among adolescents, some of whom are young athletes. Today, most young people consider the use of the best dry herb vaporizer or any other vaping device cool or fashionable. What they may not think is how vaping affects their health and athletic ability.

Why Vaping is Dangerous for Athletes

Researchhas shown that vaping is associated with lung illnesses. The habit has been associated with cardiovascular disease and respiratory problems. That’s partly because vaping products have been under-regulated by the government. As such, the contents of vaping products are not monitored or standardized. Therefore, people that use these products might not know what they inhale.

A person consumes nicotine, THC, or CBD when vaping. Most vaping products that athletes use contain nicotine. But, nicotine is a highly addictive substance. Its effects include increasing the heart rate. But, it can also cause lung and respiratory damage. It can also cause acid reflux and affect the reproductive organs. Such effects of nicotine mean that vaping can impair athletic ability. Even if the effects may not be immediate, they can occur later in an athlete's career.

Why Some Athletes Vape

It’s easy to assume that using a dry herb vaporizer is safer than smoking traditional cigarettes. That’s because vaping does not produce the same intense order with conventional cigarettes. Vaping some products may not even make any smell. This is a major reason why some athletes may opt to vape.

Additionally, many manufacturers of vaping devices market their gadgets as producing fewer harmful chemicals and toxins. That’s because it’s about inhaling and exhaling vapor or aerosol using a vaping or battery-powered device.

As such, some athletes think that using the best vaporizer can help them avoid the harmful effects of smoking traditional cigarettes. However, vaping is not entirely harmless. Just like smoking traditional cigarettes, vaping is all about nicotine intake. The only difference is that using electronic cigarettes enables athletes to control their information. Thus, a person can reduce their nicotine intake gradually and eventually end their addiction.

Some of the effects of vaping on the body of an athlete may include:

● Vaping can disrupt the growing brain of young athletes and lead to nicotine addiction.

● The flavorings in vaping liquids contain chemicals like diacetyl that have been associated with lung disease.

Even exposure to secondhand vapor can expose an athlete to the harmful chemicals in aerosols. These effects show that vaping is not a safer smoking alternative for athletes. Even using the best marijuana vaporizer is not a safer alternative. That’s because some athletes use the device to vaporize THC-containing e-liquids.

But, the Centers for Disease Control and Prevention has hinted that THC-containing vaping products may have played a role in the outbreak of the vaping-related lung injury. According to the CDC, up to 77% of the people in the outbreak have reported the use of THC-containing products or those with nicotine and THC. This shows that vaping is not completely harmless as the manufacturers of electronic cigarettes may want people to think.

Additionally, using a tobacco or weed vaporizer can irritate the throat of an athlete, especially if they overdose. Vaping frequently can cause throat irritation though this depends on the used product. With an irritated through, an athlete will start coughing and have difficulties breathing. This will affect their field performance because the body won’t get an adequate supply of oxygen to perform optimally.

An athlete may also use the best portable vaporizer with an e-liquid whose ingredient may lead to dehydration. This may require them to increase their water intake during a performance. What’s more, some of the ingredients of e-liquids may cause lung inflammation, pneumonia, and asthma. Such conditions can ruin the career of an athlete completely.

How Vaping May Benefit Athletes

Some people argue that using the best vaporizer for dry herbs may benefit athletes. That’s because the device can be used to switch from traditional smoking to vaping. This can reduce the negative effects of cigarette smoke that cause shortness of breath when exercising or working out.

What’s more, vaping can improve stamina, which may have been reduced by traditional smoking. To maintain health and fitness, athletes must workout. If they use the best herb vaporizer properly, their stamina will improve. This will enable them to continue a workout routine, and this will enhance their athletic performance.

An athlete can decide to use the best cannabis vaporizer for varied reasons. A common reason to start vaping among athletes is to quit traditional smoking. That’s because cigarette smoking has many adverse effects on the health and performance of an athlete. Nevertheless, vaping can affect an athlete negatively or benefit them. It all depends on the products they use and how often they vaporize. It’s, however, important to note that vaping is a relatively new phenomenon. As such, its long-term effects are yet to be known. Therefore, athletes should be cautious when vaping to ensure that the habit doesn’t end up ruining their careers.