Which boxing gloves does Anthony Joshua wear during most fights? 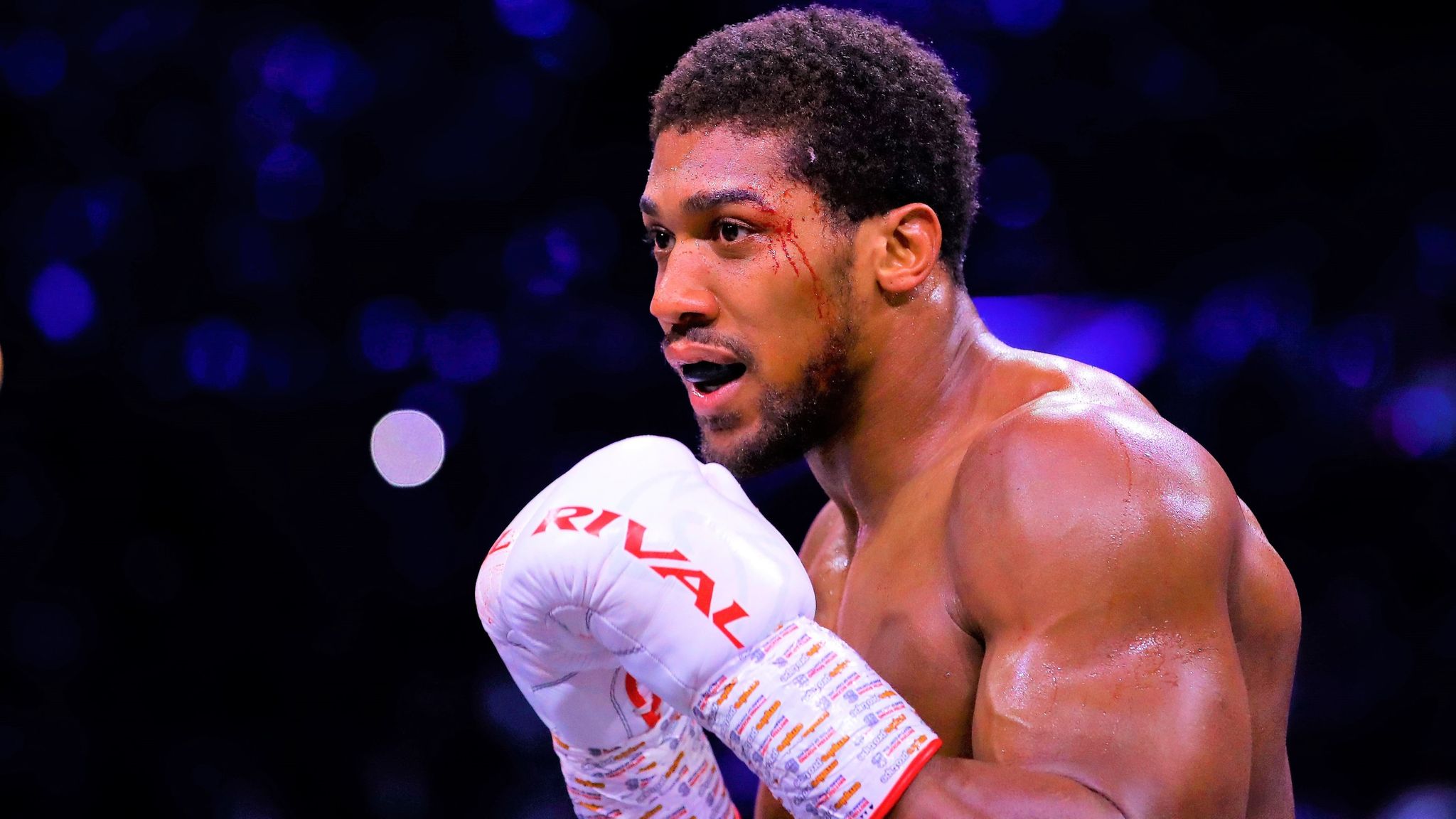 Heavyweight fighters like Anthony Joshua have a lot of qualities that make them stand out. Have you averted your mind to his boxing gears - especially his boxing gloves?

As a matter of fact, his boxing gear in no little way contributes to his achievements. Apart from his physical strength, skill and technique, his boxing gear also makes a great impact. Just like most upcoming boxers who want to know the boxing gloves Anthony Joshua wears during most of his fights, below are top brands used by the phenomenal heavy boxer. Although this piece is not about the boxing brand per say, it will be almost impossible not to discuss these brands.

Most often Anthony Joshua wears Rival RFX-Guerrero boxing gloves for most of his fights. In fact, he has won several fights with this glove. In case you don't know, this brand is known for producing punchers' gloves.

It’s the best fit for boxers who want to hit hard and win matches. What makes this glove special are the 2 kinds of foams that are fixed into the leather. The foam absorbs pressure from the punches and provides the much-needed protection. Also, the foam provides stability and optimal impact needed to win the fight.

Secondly, they are 2 variants of Guerrero gloves. They are SF-F and HDE- F. The difference between each variant is the foam. For instance, the SF-F variant has soft polyurethane foam inserted in the leather. It gives the glove a soft feel. Meanwhile, the HDE-F variant has high-density EVA leather. The gloves are stiffer compared to the SF-F variant. The HDE-F offers extra protection and helps Anthony deliver powerful punches.

If you watched the last fight with Andy Ruiz, you observe that Anthony Joshua wore these boxing gloves.

It might just be that Anthony Joshua wears the SF-F variants during training and the HDE-F during top heavyweight matches. Other notable fighters that use this boxing glove are Arsen Goulamirian, Vasyl Lomachenko, and so on.

RDX is another top brand used by Anthony Joshua during most of his boxing matches. This company manufactures all types of boxing gears, MMA, footwear, Muay Thai equipment and so on. In other words, they are not new in the business.

Consequently, Anthony Joshua was also their brand ambassador at some point. Although we can’t confirm if the contract is still on but the point here is that he has used their boxing gloves in most of his fights. Their gloves are rated among the best boxing gloves in the market. Depending on what you prefer, RDX boxing gloves provide the much-needed firmness and protection for any boxer. No wonder Anthony Joshua didn’t hesitate to use their product.

Can you imagine a heavyweight boxer like Anthony Joshua using low-quality boxing gloves or advertising one? That is very unlikely at this point in his career.

This is another boxing glove used by Anthony Joshua during his fights. Interestingly, this boxing glove was used when he fought Alexander Povetkin. AJ TKO Alexander to win the match in the seventh round. The match was for his three heavyweight belts. So the win granted that he continued to retain his 3 heavyweight titles.

Also, the Grant boxing gloves has been won by Anthony in other renowned boxing matches. This glove is also won by other top professional boxers like Floyd Mayweather.

Grant boxing gloves has an amazing and excellent hand protection. The hand protection offered by Grant is not pillowy like most professional gloves. The astonishing wrist support it offers makes up for it. Anthony likes using this glove because it conforms perfectly to his hands. In addition, it has a stylish look and is suitable for a top boxer like AJ.

Grant boxing gloves have been around for a while before Anthony Joshua made his debut in professional boxing. Is it the oldest boxing glove brand in the market? Definitely not! However, it provides the needed protection and stability that heavyweight boxers like Anthony Joshua need in the ring.

What makes the boxing gloves used by Anthony Joshua stand out?

You might be wondering why AJ as he's fondly called, decided to use these brands. Some of the interesting qualities about the brands have been listed but definitely not all.

Inasmuch as these gloves provide the needed protection, they are also stylishly designed. Don’t forget AJ is a stylish boxer too. Not just in the ring, AJ is also stylish off the ring. Therefore, his boxing gloves too must represent his personality.

This is the most important reason Anthony Joshua goes for these brands. They provided added protection to your knuckles and wrist. Most have various layers of foam and leather. Protection is very important for any fighter, whether they are doing boxing, MMA, or any other fighting discipline that needs gloves, since they will not only be using that gear in their fight but also will use them to hit heavy punching bags, sometimes for long hours."

When a boxer changes gloves during a fight, it is either the glove is damaged or no longer comfortable. Changing gloves during a boxing match may lower the morale of the fighter. Also, it means that the glove is of low quality. Anthony Joshua wouldn’t want to wear gloves that are low in quality that is why he goes for the brands mentioned above.

It will be almost impossible to throw a punch wearing an uncomfortable glove. The gloves worn by AJ are comfortable and flexible. It makes throwing every punch with ease.

Can a regular fighter afford the brands used by Anthony Joshua?

Obviously, the boxing gloves used by AJ are top brands. Therefore, the average expectation is that these brands will be very expensive. Although it may seem so to some boxers, others can afford them.

However, you need to consider a few factors like, the purpose of buying the gloves, your budget, their prices and so on. There is no doubt that if you want to go into professional boxing, then you need one of those boxing gloves used by AJ.

On the other hand, do you need these gloves for training or workout, maybe not? They are other boxing gloves that are less expensive and also offer similar features like those mentioned above.

Finally, the most notable brand used by Anthony Joshua during most of his top heavyweight fights is Rival RFX-Guerrero boxing glove. This glove is durable, offers protection to your wrist and knuckles. During his fight with Wladimir Klitschko and Andy Ruiz, Anthony used this brand. Although during his first defeat to Andy Ruiz, he used Grant boxing gloves. Also, during his fight with Alexander Povetkin, AJ fought with Grant boxing gloves and won. Before now, AJ has patronized other brands too but in the last 5 years, these are his favourite for a boxing fight.

To sum it up, Anthony Joshua is a stylish boxer and would obviously go for stylish boxing gears including gloves. In other words, all the gloves used by AJ are worth a try and rated top professional boxing gloves around the world.