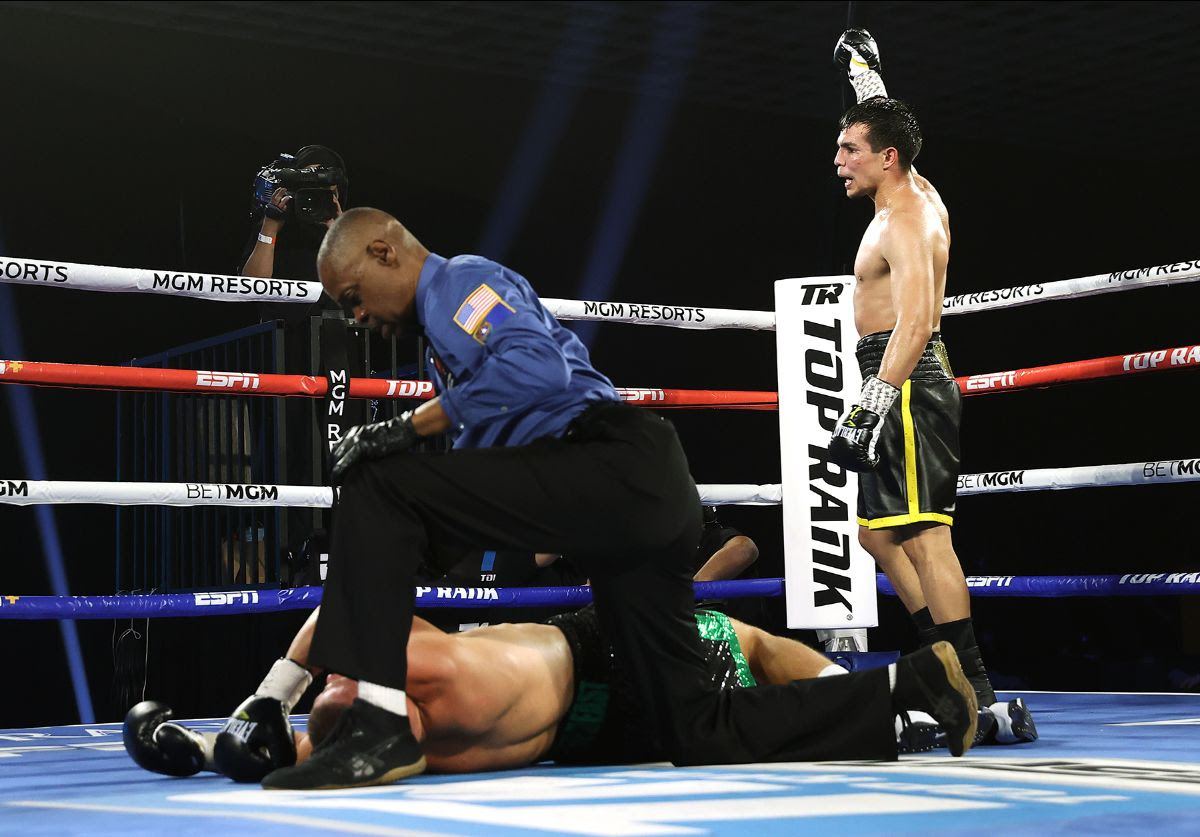 Jose Zepeda knocked out Ivan Baranchyk in the fifth round of their junior welterweight instant classic Saturday evening at the MGM Grand Las Vegas. Both men hit the canvas four times, but it was a left hand from Zepeda, a two-time world title challenger, that ended the fight.

Baranchyk (20-2, 13 KOs), a former IBF junior welterweight world champion, scored a pair of knockdowns in the opening round, and then the two traded knockdowns in the second. Zepeda used his counterpunching skills to knock down Baranchyk in the third and fourth rounds, but Baranchyk roared back and planted Zepeda (33-2, 26 KOs) on the canvas early in the fifth. Soon after Zepeda rose to this feet, the knockout hammer dropped.

Zepeda said, “I feel great because I won the fight. It was a hard fight, and I’m thinking, ‘Man, boxing is hard. It’s no easy game.’ Boxing, it’s tough, and you have to give it 100 percent because it’s a hard sport.

“Both of us are climbing up, and somebody had to stay. I was able to win the fight, and I told him, ‘Thanks for the fight. It was a great fight.’

“I know I’m tough. I didn’t know how tough I was. Tonight, I showed myself, too. I’ve never been in a fight like this. It was a great learning experience.”

Gabriel Flores Jr. had a wake-up call in the first round, when a left hook from Ryan Kielczweski stunned him for a brief moment. Flores regrouped from that hiccup and boxed circles around Kielczweski en route to a 10-round unanimous decision (100-90, 99-91 and 98-92) in the lightweight co-feature.

Flores (19-0, 6 KOs), the 20-year-old prodigy from Stockton, Calif., spoke of his desire to contend at junior lightweight sooner than later. Kielczweski (30-5, 11 KOs) dropped to 1-2 in his last three fights, but the 31-year-old Massachusetts native has yet to be stopped as a professional.