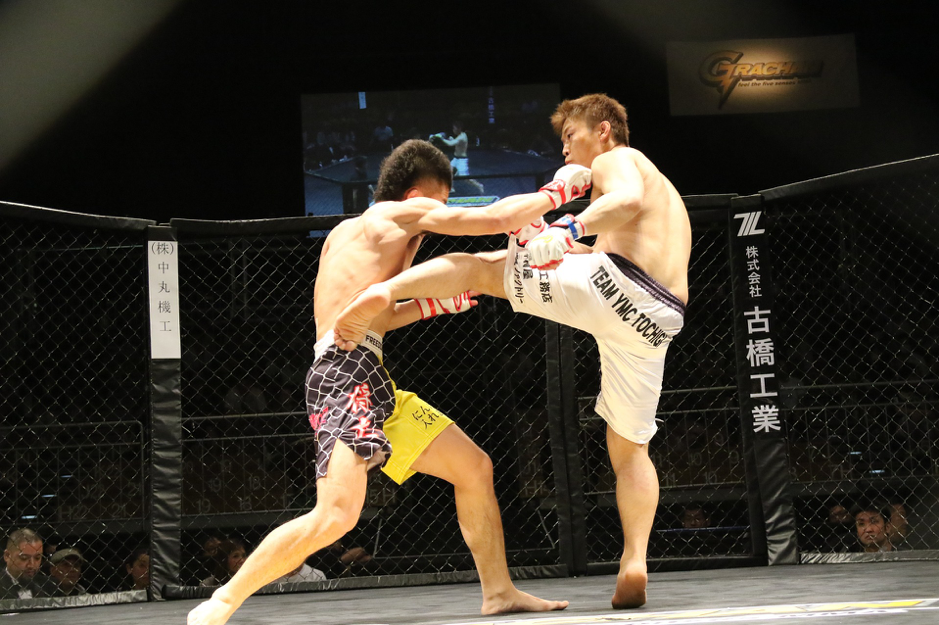 Comparison between athletes of different generations is always complicated, in any sport. The evolution over the years is natural and that pioneer sportsman, highlighted in a time of lesser level in the sport, seems to be diminished.

But nothing to separate for generations here. Let's put everything on the same cake and evaluate according to some good criteria who was called the MMA goat in a list of the 5 best.

We analyzed the cartel, the level of the opponents, efficiency in the arts of MMA, longevity in the sport and other things. And with the help of Evelyn Balyton, an expert on sports, we created this list.

And before I get to the list, here are some honorable mentions:

The Gracie family wanted to show the world the power of jiu-jitsu. That is why they chose one of the clan's weakest brothers to prove that the weakest could beat the strongest only with the technique of martial art.

Royce fought with real monsters and won all of them until he was stopped, already in Pride, by the Gracie killer, Kazushi Sakuraba. But his biggest opponent was Shamrock. They fought three times, one draw and two victories for Royce.

Invincible in the first four editions of the UFC, in which he won three and abandoned one by giving up after the battle against Kimo who broke his rib. He had some impressive victories and a truly pioneering spirit.

After an undefeated cartel and a convincing farewell (at least for now) against a very dangerous opponent like Justin Gaethje, the Russian's name soon appeared on the MMA goat lists.

There are 29 victories in his career, although many of them were not against big names. Because of that, many won’t put him among their lists, however, he never lost.

In other words, Khabib has a cartel with 16 fights in smaller organizations and 13 in the UFC, five of them against big names and just one belt defense. So, merit for the undefeated cartel, for dominance in all matches, but demerit for early retirement and short time as champion.

Although he never really joined the UFC, Fedor experienced the peak of Pride when the organization went head-to-head or overcame Ultimate. And there he beat legends like Minotauro, Mark Coleman, Tim Sylvia and others.

After a peak of a decade of dominance in the golden age of Pride, the Russian's longevity fell at Strikeforce.

At Bellator, on the other hand, a portrait of what he would face in the UFC. Even with a smaller organization, he alternated victories and defeats. Still, he is properly considered the greatest heavyweight in history and one of the greatest of all time.

Anderson haunted the world when he "emerged" in the UFC, even after 21 fights in other organizations, where he conquered expressive victories, but also some defeats.

It is necessary to remember much more of Anderson's phenomenal performances, such as the unforgettable frontal kick against Belfort or the most brilliant presentation in UFC history, against the former heavyweight champion, Forrest Griffin. The plasticity of the blows, the power, the number of knockouts and belt defenses, the longevity make Spider the second or, for many, the best of MMA in history.

Jon Jones does not even have the plastic talent of his friend Anderson Silva. Especially in the last fights he has shown much more of a bureaucratic, but efficient strategy that has earned him the victories necessary to remain as a heavyweight champion and the greatest in MMA history.

The weight on the scales between him and Spider is unbalanced when the opponents of both are analyzed. Although Anderson beat the best of his time, as well as lesser-known, he defended the belt with meaningless names. Jones only saw former champions and true prospects in the category ahead.

Although some of his victories were a little controversial, Bones proved to be the biggest in history with complete dominance under some of the biggest names in the sport and is elected our MMA Goat.

Betting on the UFC

For those who like to bet, there are several ufc betting websites available today so you can place your wagers.

Even those who still don't know much about the sport can enjoy it. That's because there are several sites on the internet that offer explanations of how to start your bets in the UFC or wrestling and how to find the best bookmakers.

Thus, you will be able to find the best place for you to place your bets and make the most of UFC fights, with even more excitement with sports betting