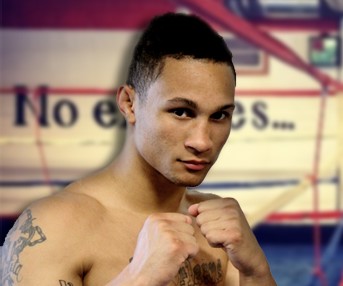 It's not the same level at which he ended his stellar 2015, or even a seamless transition from the abbreviated ring campaign he had a year ago. What this weekend means to Regis Prograis, though, is a chance to return to the one place he truly calls home - a boxing ring.

"I can't lie, it's been frustrating to not get a fight, not get in there and continue to move toward that world title," Prograis (18-0, 15KOs) told FightNights.com of having to sit out for the past eight months. The unbeaten 28-year old southpaw finally returns to the ring this weekend, as he faces Wilfrido Buelvas in a 10-round regional title fight Saturday evening at Hard Rock Casino in Biloxi, Mississippi.

The bout tops a show that is not only off-TV, but WAY off-Broadway despite it carrying promoter Lou DiBella's "Broadway Boxing" brand. The card is an extended reminder of the current dilemma plaguing the boxing scene in New York, where DiBella Entertainment is based. Given the ridiculous insurance requirements put in place by the New York State Athletic Commission in order to greenlight Mixed Martial Arts (MMA) events beginning in 2016, the boxing club show circuit has all but dried up, forcing promoters such as DiBella to hit the road in order to keep the roster of boxers active.

While the state of affairs in New York wouldn't quite affect the New Orleans-rooted, Houston-based rising prospect as much as DiBella's other clients, Prograis - whose last bout happened to take place in Brooklyn last June - was denied an avenue to pick up stay-busy fights at a time when opportunities on Showtime's ShoBox series weren't coming as often as had previously been the case.

The other issue was his looking so good in several previous Showtime appearances, that outgoing phone calls were ultimately going straight to voice main in terms of finding willing opposition.

"I'm not the problem here," Prograis said of the struggles to making a fight these days. "These guys have seen what I've been able to do even as they kept raising the bar, now all of a sudden everyone who claiming they're willing to take on the best suddenly forget how to say my name or even acknowledge me."

Prograis enjoyed a huge breakout campaign in 2015, scoring dominant wins over previously unbeaten opponents on Showtime in back-to-back bouts. The road began with an eight-round shutout of Amos Cowart (11-0-1 at the time) in August '15, shining bright in his televised debut - quite a statement considering the night also including big wins by a trio of bone-crunching middleweights in Sergiy Derevyanchenko, Avtandil Khurtsidze and Ievgen Khytrov.

Four months later came his statement-making arrival, tearing through previously unbeaten Abel Ramos in forcing an 8th round stoppage atop a Dec. '15 ShoBox quadrupleheader at home in Houston. The hope from there was that 2016 would feature at least one fight that would move him within title contention, but instead became a rough year for stateside boxing as a whole.

"I took the fights that they gave me (wins over fringe contenders Alan Herrera and Luis Florez) for the sake of staying active, but it was a shame the year had to go like that because I know I'm ready for anyone in the world," Prograis insists. "Then to go all those months without a fight - it wasn't easy, but I just kept cool knowing that Lou Dibella and (manager) Jay Johns had everything under control and that better days and bigger things would come."

It led in part to DiBella scouring the country looking for available dates - whether on or off TV - while moving one of his top prospects into the role of a top contender.

"I've always appreciated dealing with Lou DiBella," Prograis states. "More than just being a great promoter, he's a great man. We kept in contact and he assured me that everything would be taken care of in my career. He's always kept his word with me."

A win over Buelvas (18-6, 12KOs) won't push him to the next level, but it does serve as the chance to shake off any accrued ring rust and at least return to where he left off prior to what became the longest inactive stretch of his four-plus year career. What comes after that, he promises, will be well worth the wait.

"Winning a world title this year, that has to happen," Prograis insists. "This fight isn't about just getting another fight and then looking for opportunities. I'm taking on this kid (Saturday night) because he's the guy who said yes. We offered the fight to a lot of other (boxers), but they didn't want it. We're not gonna keep going through that in the future. After this fight, we're looking at fighting the best at 140 lbs.

"When I say the best, I mean the guys who got the belts and the top contenders who are in my way of getting to those champions. I know Terence Crawford is holding out for that Manny Pacquiao payday. He don't want to risk that, and I get it - that's smart of him. So I got my eye on Ricky Burns, on that other guy with a belt (Julius Indongo, an unbeaten southpaw who faces Burns in a unification bout on April 15) - whoever wins that, that's the fight I want this year. Let it be Ricky Burns, and I'll go to (Scotland) to fight him and bring those belts back here."