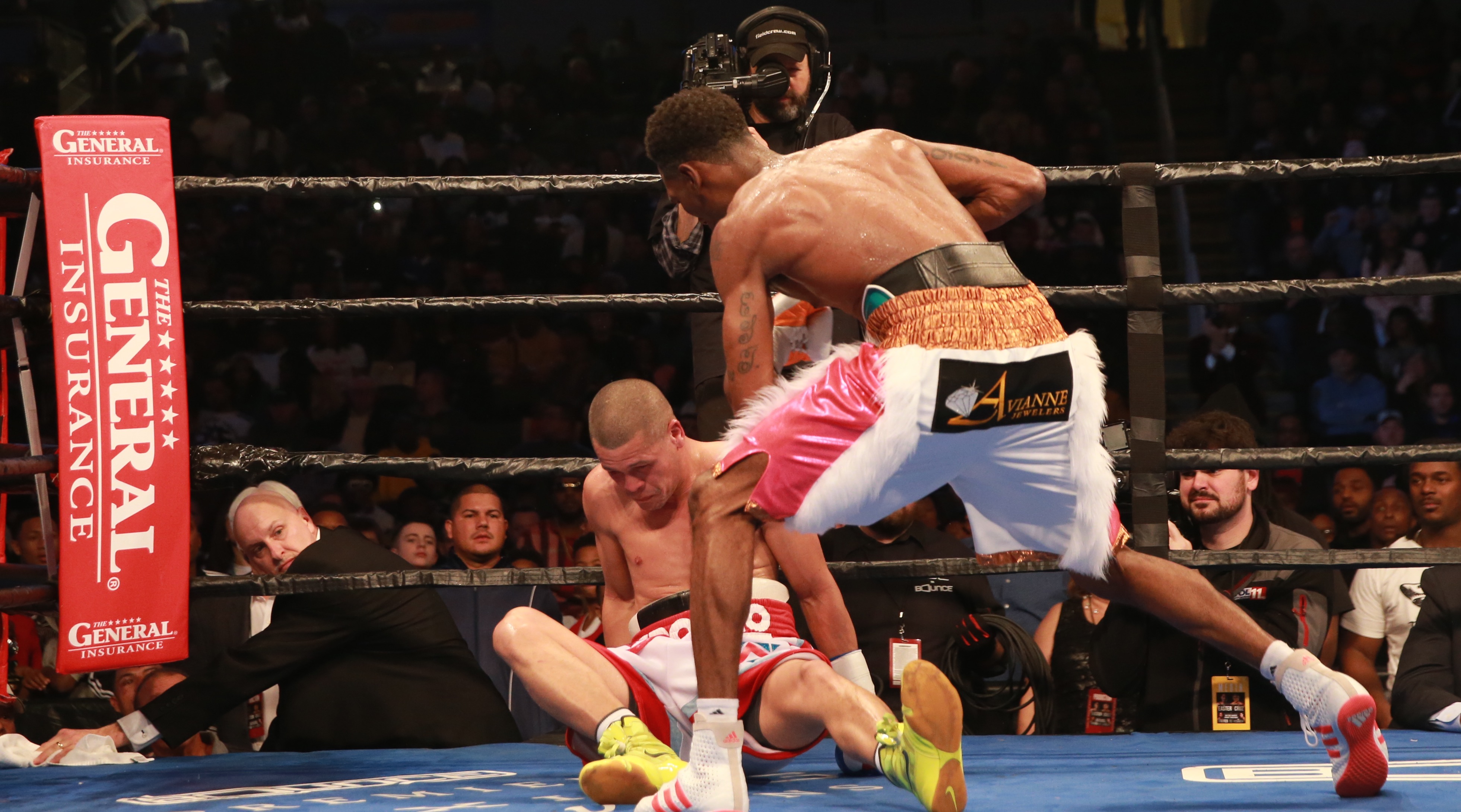 A raucous crowd of more than 8,700 was on hand at the first-ever boxing event at the Huntington Center to welcome home their local hero, and Easter Jr. never came close to disappointing his adoring fans. The 6'0" lightweight boxed well in the early going, taking brief moments off which allowed for Cruz to sense that he had a shot before dialing up the pressure midway through the bout.

All told, there were only two surprises on the night - the amount of time it took for Cruz to finally wilt, and the fact that he was able to continue to get up and finish the fight.

"That definitely shocked me, I thought once I hurt him that he was done,"Easter (19-0, 14KOs) told FightNights.com after the fight. "I give him credit; he came to my backyard and showed all heart all 12 rounds. For him to finish on his feet, it says a lot about Luis Cruz. He earned my respect."

The Puerto Rican lightweight earned accolades from the partisan crowd, applauding his effort by night's end and even stopping him for photo requests in offering kind words upon his arena exit. There was nothing kind about the punishment inflicted by his championship opponent, particularly in the later rounds.

Easter scored knockdowns in each of the final three rounds, all of the damage coming from long right hand shots. Cruz (22-5-1, 16KOs) had only been down twice before in his career - both coming versus Edner Cherry in a July '15 knockout loss - but struggled to stay on his feet late in the fight.

"After that first knockdown, he just drained my energy," Cruz admitted afterward. "I wanted to finish stronger, but I was just glad I could take him (the distance). I wanted to do better, but he's a great champion and will do great things."

Great moments came in the championship rounds, all one way as Easter sensed a knockout was in sight. It never came, but not from a lack of trying, a passionate effort that brought the near-capacity crowd to its feet. Cruz was down again late in round 11 and early in round 12, but somehow found the will to hear the final bell.

With the first defense out of the way, the winner and still champion wants to move on to bigger game.

Also on the show:

Easter's stablemate, three-time U.S. Olympian Rau'Shee Warren didn't quite have the same success in his home state return. His opponent, Kazakhstan's Zhanat Zhaiyanov rose from two opening round knockdowns to storm back and win the bantamweight title with a strangely scored split decision over 12 rounds in the evening's co-feature. Scores were 115-111 and 116-110 for the Ricky Hatton-promoted and trained Zhakiyanov (25-1, 20KOs) and 115-111 for Warren (14-2, 4KOs).

Terrell Gausha (20-0, 9KOs) had to recover from a 3rd round knockdown in order to prevail by unanimous decision over Puerto Rico's Luis Hernandez. The unbeaten Cleveland-based prospect - who joined Warren on the 2012 Olympic boxing team in London - won nearly every other round in claiming victory in the televised opener.