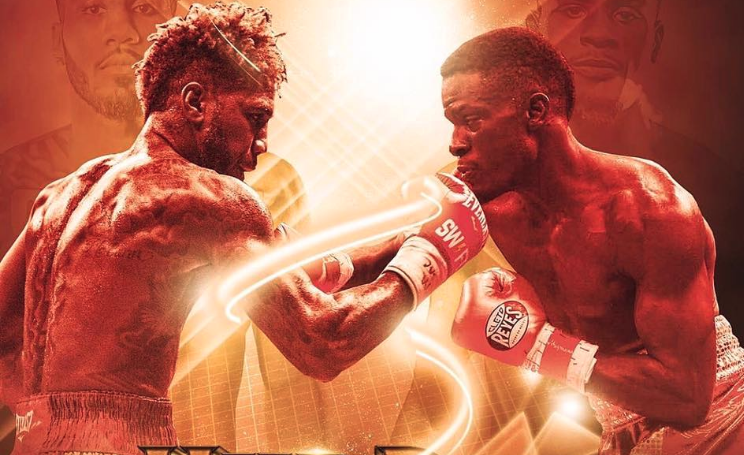 BIRMINGHAM, AL (February 16, 2017) - The stakes have been raised in the already highly-charged junior middleweight showdown between Tony Harrison (24-1, 20 KOs) and Jarrett Hurd (19-0, 13 KOs). The clash between Harrison and Hurd has been elevated to a battle for the vacant IBF 154-pound world title and is part of an exciting night of action Saturday, February 25.  on Premier Boxing Champions on FOX and FOX Deportes.

The title become vacant after titlist Jermall Charlo dropped the belt to move up to middleweight to seek bigger challenges in a new division.

Televised coverage begins at 8 p.m. ET/5 p.m. PT live from Legacy Arena at the BJCC in Birmingham, Alabama and is headlined by undefeated heavyweight world champion Deontay "The Bronze Bomber" Wilder defending his title in his home state for the fourth time, as he faces undefeated contender Gerald Washington.

"These guys have already shown their mettle by agreeing to fight each other - No. 2 versus No. 3 - for the No. 1 spot,'' said Tom Brown of TGB Promotions. "Having this match be for a world title is a great reward for two young guys who have shown a willingness to face each other.''

"Boxing writers and fans are already buzzing about Harrison versus Hurd, an explosive matchup," said Lou DiBella, President of DiBella Entertainment. "The winner will now be the IBF champion, bringing greatly increased significance to what should already be a war."

The 26-year-old Harrison comes into this fight after scoring an explosive ninth-round stoppage of Sergey Rabchenko in July that put him in line for the world title. Harrison, who took down Cecil McCalla, Fernando Guerrero and Rabchenko in his last three contests, faces a tough challenge in the undefeated Hurd. The Detroit-native was unbeaten in his first 21 pro fights and recorded 10-straight knockouts between 2013 and 2015.

"I've been waiting on this for a long time. This the biggest shot of my life. It's like my son being born all over again,'' Harrison said. "This just made the fight that much more interesting. As a boxer this is what you dream of - the day you fight for a world title. Santa came early. We're both 26 years old. It's a dream come true for both of us. It doesn't change the approach. It just makes it much sweeter and puts that much more respect on the winner of this fight.''

"This is the moment every boxer dreams of, becoming the world champion,'' said Hurd. "I finally get that opportunity on the big stage - on the Deontay Wilder heavyweight championship card and on FOX in prime time on national TV. I'm blessed. I want to thank everyone for getting me to this point. Tony Harrison is a great fighter. It's not going to be an easy fight. Tony Harrison is top-level competition and I'm a top level competitor. Two great fighters going after something they want.  But I have to say my pants are falling and I need my belt.''

Hurd fights out of Accokeek, Md., just south of Washington, D.C. and is perfect since entering the pro ranks in 2012. The 26-year-old defeated three straight unbeaten fighters, including a sixth-round stoppage of Frank Galarza in 2015 and a 10th round TKO over Oscar Molina in the co-main event of the Keith Thurman vs. Shawn Porter card in June 2016. Most recently, Hurd stopped former title challenger Jo Jo Dan in the sixth-round of their fight in November of last year, positioning himself to fight for the title.