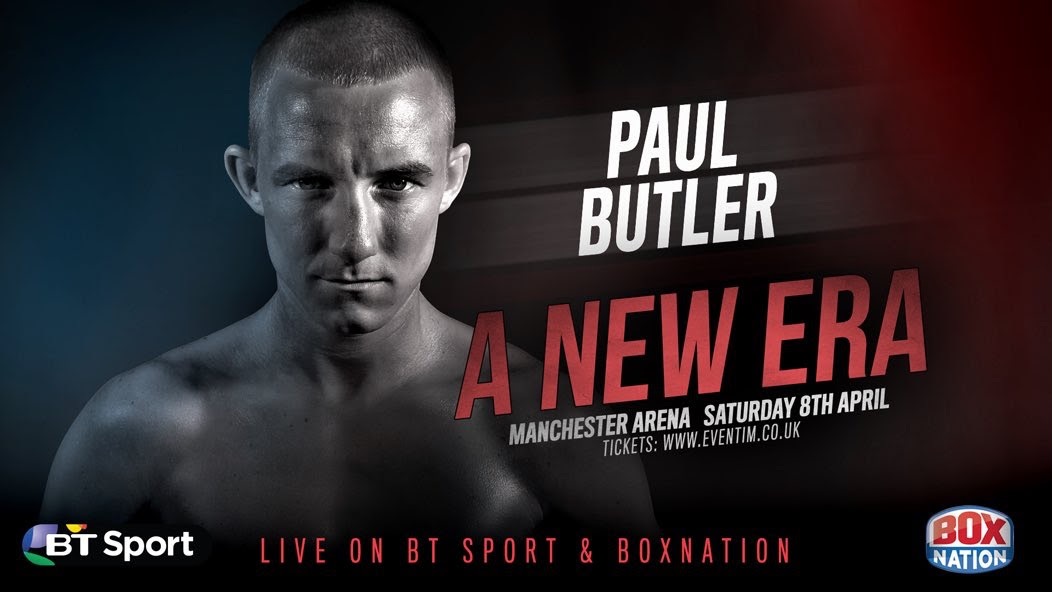 Boxers slated for the fifth bout of a show that features 12 in total, including two world title fights and the pro debut of a gifted two-time Olympic Gold medalist tend to easily get lost in the shuffle.

Paul Butler is well aware that all eyes won't necessarily be on his bout Saturday evening at the Manchester Arena. What he hopes is that the reigning bantamweight titlists in the region - Zhanat Zhakiyanov (Kazakhstan-bred but now trains with Ricky Hatton in England) and countrymen Lee Haskins and Jamie McDonnell - are all paying attention to his current run. If not, it could very well be their loss.

"You can forget those three, 100%; I’m the best bantamweight active in Britain," insists Butler(23-1, 12KOs), a former bantamweight titlist who faces Argentina's Carlos Ruben Diaz in what he insists will be his final tune-up before a full-blown pursuit of a second championship reign.

Butler's bout comes well below the evening's chief selling points - local hero and lightweight titlist Terry Flanagan defending against Petr Petrov; a one-way vacant interim super welterweight title fight between Liam Williams and Liam Smith (the latter whom can't win the belt due to missing weight); and the eagerly awaited pro debut of Nicola Adams, the first female boxer to win an Olympic Gold medal (2012), as well as the first to repeat (2016).

Despite his own belief that he's the best bantamweight in the world (or at least in the United Kingdom), he knows he has to stand out given the competition contained in Saturday's lineup. Still, he comes in brimming with confidence while carrying a six-fight win streak into the ring following the lone loss of his career, an 8th round stoppage at the hands of then-115 lb. titlist Zolani Tete in 2015. The bout came after the Brit had vacated his bantamweight title and dropped back down in weight, of the belief that his body was not yet ready to commit full time to competing at 118-pounds.

It's a different story today.

"Back when I beat (Stuart Hall for the bantamweight title in June '14), I was still a genuine super-fly but the opportunity surfaced to move up and challenge him," notes Butler. "I had to put a bit of size on to counter against getting bullied by Stuey, a big, strong lad, in the later rounds. But it was always the plan to drop back down to 115.

"Two and a half years on, I naturally grew into 118. For Stuey, I was eating steak and fries the night before the weigh-in whereas now, it’s not easy for me to make bantam. I have to be very strict with my diet and that’s how it should be. The main plus with returning to bantam is that I can train to learn, go through the game plan, rather than simply training to lose weight in a sweat suit."

The win over Hall was a one-and-done affair at bantamweight, immediately vacating the crown and dropping back down in weight. Two fights later came the opportunity versus Tete, but the loss still didn't convince him to return three pounds north for good. He split four fights - two at bantamweight, two at super flyweight - before officially declaring himself a full-time 118-pound boxer. Two distance wins have followed after having scored four straight knockouts, going ten rounds with a pair of durable Mexican boxers in Alexis Ruiz and Alexander Cazares.

"Ability wise, neither Mexican was in my league but both were pretty tough kids who came to have a go," Butler recalls of his past two wins. "Alexis Ruiz was quite cute whereas the last one (Alexander Cazares) was just a nightmare. A big plus with going the distance was that I got 18 corner breaks with Joe (Gallagher, his recently appointed coach) and that was invaluable. We got to understand how each other operates in the heat of battle.

"When I finally get someone who stands in front of me and throws some shots, I’m very confident that my power will be even better than it ever was at 115 (lbs). I’ve always had the mindset that if you can get ‘em out of there, you get ‘em out of there. I’ve never been one for ‘getting rounds under my belt’, I’ve never carried anyone."

That theory will be tested on Saturday, as Diaz has dropped five of his past six including a stoppage loss in his most recent ring appearance last December.

Assuming all goes well in this one, the plan is to entice a titlist into the ring for his next bout. McDonnell has been targeted among the lot, given the domestic interest.

"The McDonnell fight is the one we want in the summer on BT Sport and BoxNation, provided I deliver in style in Manchester on Saturday," Butler insists. "And I’m very confident that I will.

"Jamie only likes to work when it suits him. His best wins were the two against (Tomoki) Kameda who allowed him to do that. The key to beating McDonnell is to apply educated pressure at the right time. You can’t charge in but you need to show him no respect and put it on him from first bell to last. Eventually, I’d break him down."