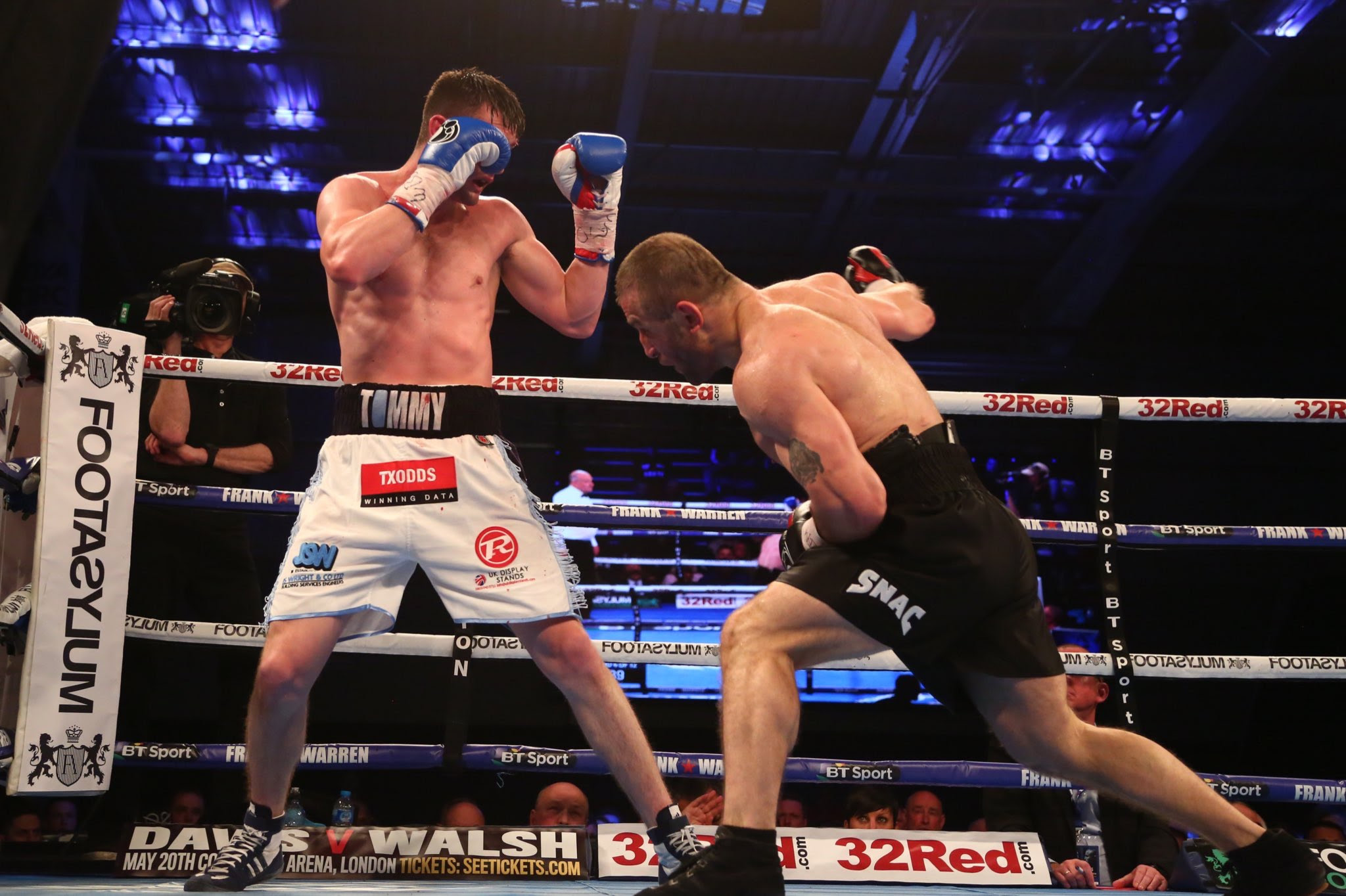 Avtandil Khurtsidze turned a lot of heads with his latest knockout performance, drilling previously unbeaten Tommy Langford in five rounds this past Saturday in Leicester, England.

Among the few whom weren't impressed, however, is the man next tasked to face the compact Brooklyn-based Georgian.

"He will never beat me ever and I will make him look stupid," unbeaten Billy Joe Saunders said of his 5'4" mandatory challenger. "Tommy should have got on his feet and made him miss and made him pay."

The reigning middleweight titlist was ringside for the affair and even went out of his way to crash the post-fight party, offering choice words for Khurtsidize (33-2-2, 22KOs) and his head trainer Andre Rozier. To his credit, the always jovial - often to the point of goofy - Khurtsidze laughed off most of what the British Traveler had to say, more eager with getting his overdue title shot after settling for Saturday's interim fight along with a step aside package offered by Saunders and his promoter Frank Warren to allow them to pursue a four-belt unification clash with Gennady Golovkin that ultimately failed to materialize.

Among the insults hurled by Saunders was his taking a shot at Khurtsidze's height, as the interim titlist is considerably shorter than the rest of the middleweight division.

"No disrespect to him but I will show (the boxing world) what he is when I fight him," Saunders insists. "All he is to me is a puffed up Danny De Vito (the famed Emmy-award winning actor who suffers from Fairbank's disease) coming forward throwing punches."

Their title consolidation clash is tentatively slated to take place in early July at Copper Box Arena in London.