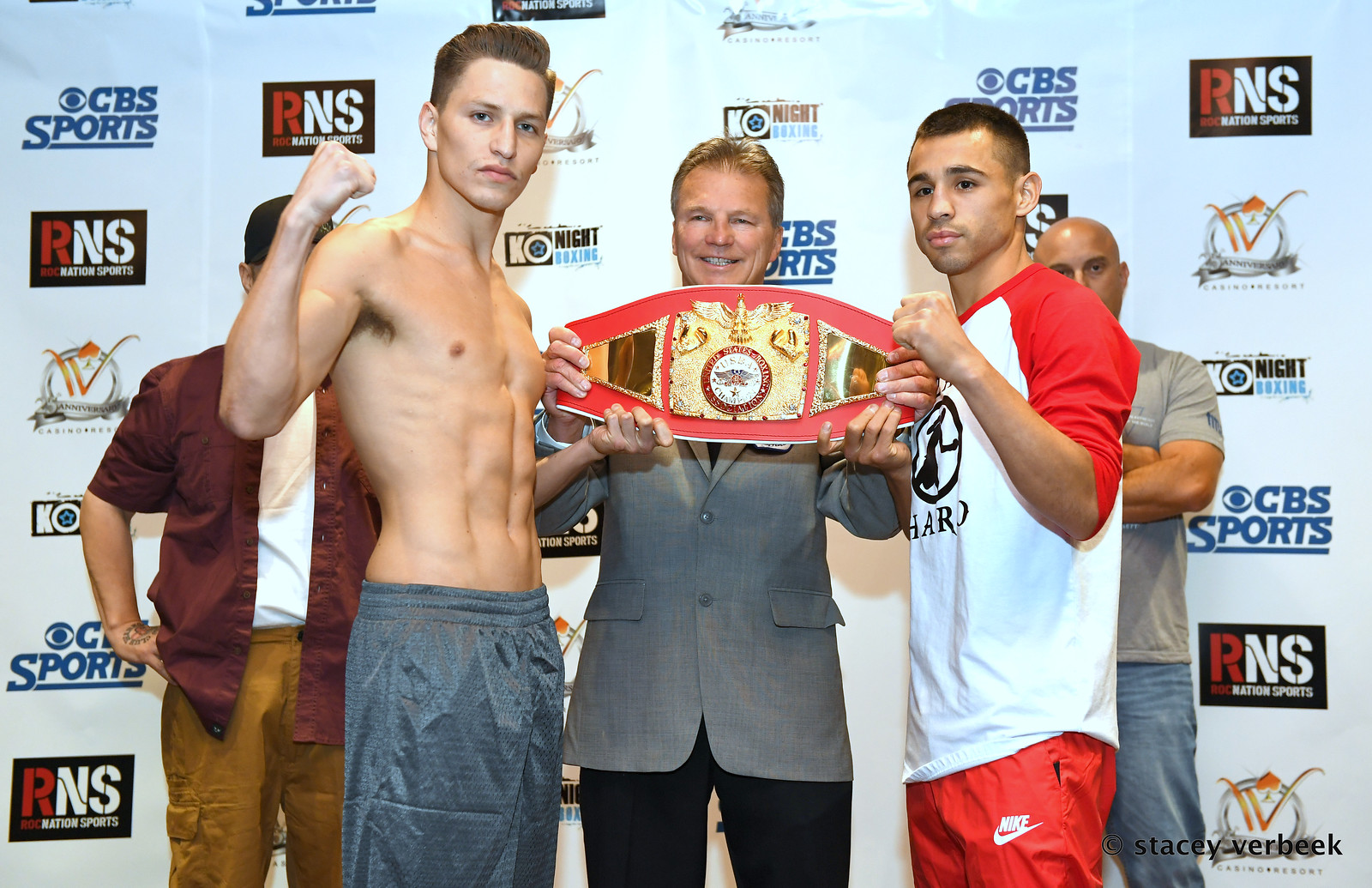 Ever the realist, Daniel "Twitch" Franco has no plans to race to a world title fight nor does he expect to even enter the picture in the near future.

What he is in a hurry to do, however, is put the lone loss of his career far enough behind him to where it's—at best—a mere afterthought.

"It's part of the sport—if one (fighter) wins, it's because the other had to lose," laments Franco (16-1-3, 11KOs), who already fights for the second time since a shocking 3rd round knockout loss to Christopher Martin earlier this March.

A quick hit in May is followed up by his regional featherweight title fight versus Jose Haro (13-1-1, 7KOs), which which airs Saturday evening live on CBS Sports Network from Sloan, Iowa as both boxers easily made weight on Friday.

More so than looking to avenge his aforementioned defeat, he views his latest clash as the only bit of unfinished business on his current to-do list.

"I was supposed to fight him for that very same belt last year, but the fight never happened," said Franco of plans to have fought Haro last November. "I'm even more prepared for the fight now; I plan to destroy this guy and knock him out."

A clash with Haro last fall wouldn't have registered on the radar any more than the bout he instead landed - a showdown with unbeaten Derrick Murray, whom Franco knocked out in four rounds last November in Washington, D.C. It remains the best win to date for the 25-year old from Riverside, California, and—in his humble opinion—far more indicative of his career potential than anything else that has so far taken place along his quest for featherweight supremacy.

"It put me on top of the world. I beat an undefeated fighter, a highly skilled boxer who was very fast," Franco recalls. "The switch from Haro to (Murray) wasn’t a complete flip. Murray is a little taller a little faster and more elusive. But my pressure style matched up well with his."

It also gave Franco the confidence that he could take out any featherweight on the planet. Prior to their battle, Murray was being groomed for a showdown with Claudio Marrero last summer. He was forced to withdraw due to suffering a deep wrist laceration that put him on the shelf for a couple of months - just long enough to cross paths with Franco, who was able to end 2016 with a bang,

Unfortunately, his 2017 campaign stumbled out to a fizzle.

He was doing everything expected in the early going versus Martin, a battle-tested veteran from San Diego once himself a fast-rising prospect but whom has since fallen on hard times. Their March battle went according to script for two rounds, with Martin hitting the deck in round one and Franco in full control—until he wasn't.

"Anybody watching that fight can tell that I was dominating from the beginning," points out Franco. "I got ahead of myself, I got careless and you can't do that against an experienced fighter like Martin. He was able to ride out the storm, and catch me with a shot I couldn't recover from."

That moment midway through round three, when Franco suffered the first knockdown of his pro career. He managed to steady himself long enough to allow the bout to continue, but was clipped and decked once again in prompting the stoppage, to which he was gracious and excuse-free in coming to grips with what took place.

There would be no extended period for reflection, no drastic team overhaul or lifestyle changes. It was back to business the following week, training as has always been the case and a fight date a mere seven weeks later. A 1st round knockout in Mexico paved the way for an even quicker return, fighting just four weeks later in Iowa and with hopes of packing in at least three more fights before year's end.

"That's my goal more than anything else, to remain active and on TV," insists Franco. "I'd love to get at least 3-4 more fights this year, all on TV. I want to continue to grow my fanbase and then in 2018 bring even more to the table when I'm ready for that world title shot."

Any plans for a rematch with Martin along the way?

"If the opportunity arises, sure," states Franco, though with a disclaimer. "But if not - honestly, I don’t feel the need to get revenge. It's something that happened, and it's not like I'm not the first fighter in history to suffer a loss early in my career. If he's in my way for where I need to get to, then yeah we can do it again. If not, then I just plan to keep moving forward, building my fanbase and my legacy before taking on the best in the featherweight division."

In the meantime, fans can expect a high-octane performance from a fully-focused and driven prospect with aspirations of title contention.

"Fans can definitely count on a spectacular show on Saturday," guarantees Franco. "I won't disappoint, that's a promise. It will be a big night (on Saturday) and leading to a bright future."