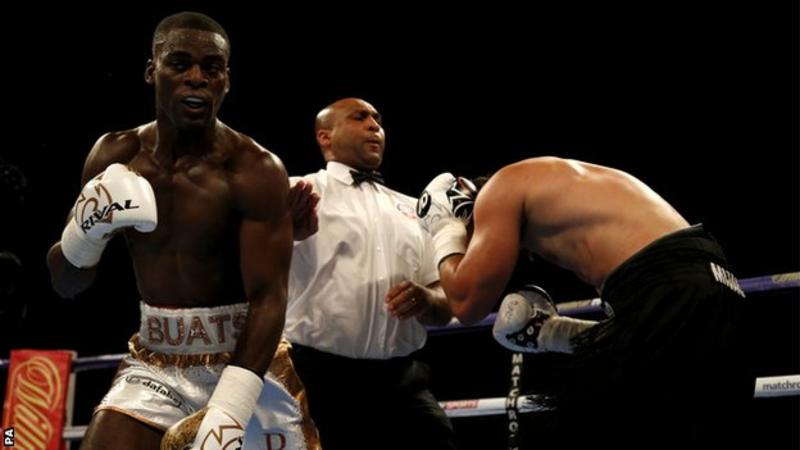 In a performance reminiscent of his heroic Bronze medal run in the 2016 Rio Olympics, Joshua Buatsi dazzled in crushing Carlos Mena in the 2nd round of his pro debut Saturday evening at O2 Arena in London, England.

Buatsi made an immediate splash in the Rio Games with back-to-back knockout wins in his first two bouts of competition. The early finishes were not only the exception to the rule in relation to the rest of the competition, but also came in fights he wasn't expected—on paper—to win.

Instead, he became an instant hero and favorite storyline among the media assigned to cover the games. A points win led to his being guaranteed a medal before being outboxed by eventual Silver medalist Adilbek Niyazymbetov in the semi-finals.

Talks immediately turned to when his pro debut would come, but Buatsi put education first in honoring a promise to finish college and get his degree before returning to the ring.

He proved to be every bit the thinking man in his pro debut as well. The knockout was a building process as the Anthony Joshua-mentored debutant displayed a little bit of everything before going in full throttle. The moment he picked up the pace, Mena (4-7, 1KO) never stood a chance—or even stood up for very long. Three knockdowns forced the early ending as Buatsi eyes what figured to be an incredibly bright future.

The bout came in supporting capacity to a domestic light heavyweight title fight, as Frank Buglioni outpointed previously unbeaten Ricky Summers in the main event. Scores were 116-113 115-114 and 118-111 in favor of Buglioni (20-2-1, 15KOs) who rode a strong start all the way to the finish line in handing Summers (13-1, 5KOs) his first career defeat.

The show aired live on Sky Sports in the United Kingdom.