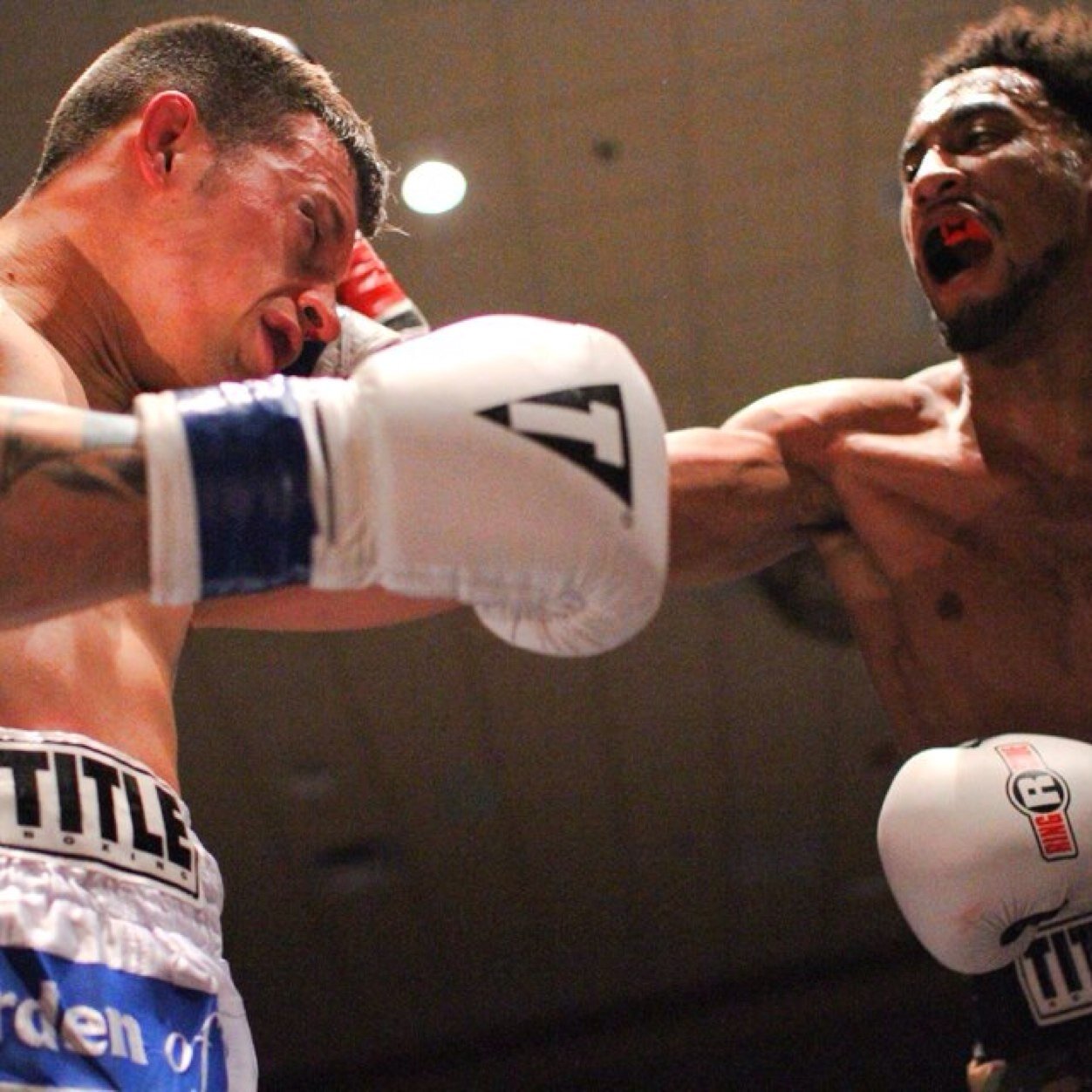 As local hero and unbeaten two-division World champion Terence 'Bud' Crawford prepares for the next challenge in his already brilliant career, the boxing community in Omaha, Neb, sets its sights on the next order of business in town.

An eight-fight card is in store Saturday evening at the Ralston Center in Omaha, topped by a rematch between local welterweight hopeful Guy Smith Jr. and Daniel Calzada.

The show is presented by B&B Boxing, headed by Brian 'Bomac' McIntyre, best known as Crawford's fiercely loyal trainer and co-manager but thoroughly respected locally for his efforts in developing amateur and pro talent. The latter exists in shows such as the one taking place Saturday evening and including plenty of local flavor that figures to make noise on a larger scale in the future.

As for the main event, the sequel comes some 17 months following their tightly-contested four round draw last March in Calzada's hometown of Denver, Colorado. Naturally, both boxers believed they deserved the nod the first time around and don't plan to leave anything to chance.

"The first fight produced (plenty of) debate as to who deserved to win," notes series matchmaker Bill Green. "This time, we expect fight fans to be given a clear cut winner. But as I've been saying (throughout fight week), the real winner will be the fans. These two boxers belong together in the ring, as they styles and intestinal fortitude will make for an unbelievable fight."

The draw verdict marks the lone blemish in the past six fights for the 28-year old Smith, whose last fight was a 3rd round knockout of previously unbeaten Jonny Jarabek in this very venue last December.

Among the rest of the show are unbeaten talents upon whom event organizers are particularly favorable—light heavyweight Steven Nelson (7-0, 6KOs) whom faces Demetrius Walker, and lightweight Kevin Ceja Ventura (6-0, 5KOs), a hard-hitting 20-year old prospect who faces Darin Hampton in a scheduled four-rounder.

Ventura has scored five straight knockouts since going the distance in his pro debut. Interestingly, none have come in the first round as he's already averaging 3 1/2 rounds per fight.

"Kev can be somewhat of a slow starter but man once he gets going he's nice," McIntyre told FightNights.com. "He doesn't just want to win; he wants to get you out of there!

"Big things can happen for (Ventura). So far, we're very pleased with his progression."

As for his light heavyweight, there's never any concern—even in a fight where he will literally be looking up to his 6'1" opponent, his tallest foe to date.

"I never worry about Steven, he's seasoned and always motivated," insists McIntyre. "Him and Bud challenge each other in sparring, working out—shoot, in everything."

A military veteran and true renaissance man—college student, artist and entrepreneur—the 29-year old is being pegged as the next champion to come out of an Omaha city that's only produced two in history, including Crawford.

For what it's worth, the aspiring light heavyweight is game to to the task at hand.

"It's the 4th of July weekend and everyone's asking what I'll do, what I'll wear," said Nelson, alluding to an explosive performance. "Buy a ticket, 'cos it's gonna be a show, a fight and a party all wrapped up into one."