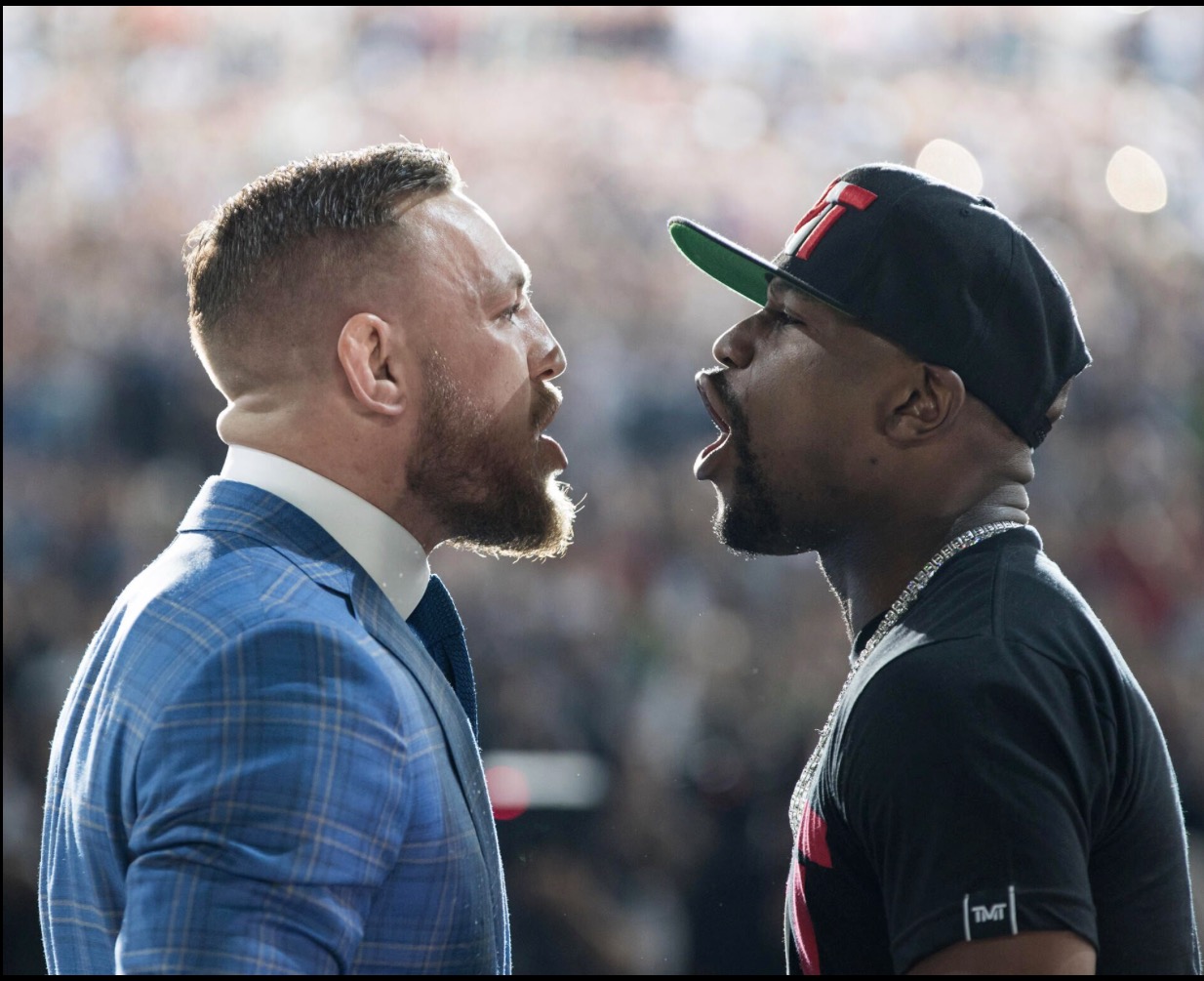 ​It appears that the race card has been thrown into the picture more often than not in promoting prize fights as of late and Tuesday’s lively press conference in Los Angeles to kick off the promotion of Floyd Mayweather vs. Conor McGregor was no exception.

​McGregor was at the receiving end of criticism for comments made toward Mayweather. As seen in video via TMZ Sports, McGregor said, “Dance for me boy,” while the former five-division world champion briefly shadow boxed on stage.

​It is utter nonsense. Floyd Mayweather Sr. appears to concur.

​ It seems rather odd that “Dance for me boy” would be the center of a racism controversy, especially when an African-American and a Caucasian are set to do battle on August 26th before a packed house at the T-Mobile Arena.

​ Some would go as far to say that No. 1 pound-for-pound fighter in the world, Andre Ward, tried to sell the Sergey Kovalev fight by playing the race card telling TMZ Sports “He (Kovalev) is culturally sound enough to know some of the things he’s been doing are racially motivated.”

​However, those who accuse Kovalev of racism, do have a case.

For example, in 2015, the former light-heavyweight world champion was seen with a child wearing a T-shirt depicting a fighter with a monkey face to which Kovalev tweeted “Adonis looks great!!!”

​While Ward-Kovalev II was exciting throughout, it bombed with only 130,000 pay-per-view buys, marking the worst PPV turnout for the year to date.

​Mayweather-McGregor is not likely to be impacted one way or another by this racism controversy.