Khan: My style is very bad for Mayweather 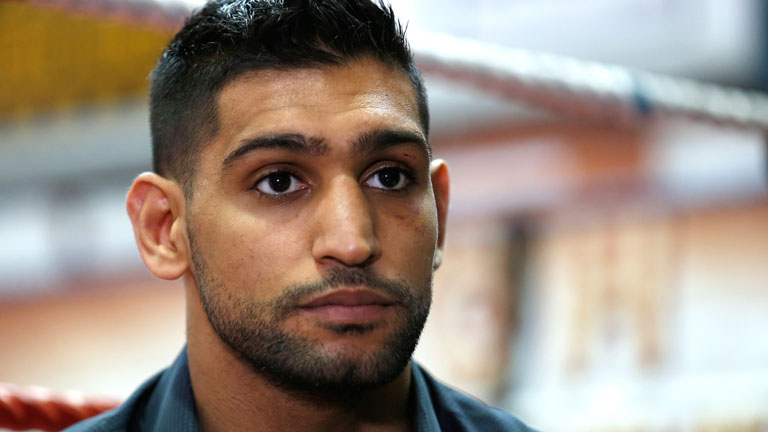 Amir Khan is in Las Vegas this weekend for the Floyd Mayweather Jr. vs. Conor McGregor fight at T-Mobile Arena in Las Vegas and the former super-lightweight champion is still reflecting on what could have been.

Khan, 30, has not fought in over a year since his brutal knockout defeat at the hand of Saul ‘Canelo’ Alvarez. Instead of fighting, the Olympic silver medalist has been dealing with a number of public spats involving himself, his ex-wife, and family.

However, according to Snapchat videos obtained by FightNights.com, it appears the former super-lightweight world champion is enjoying himself, as he has participated in a number of interviews, including an exclusive with the UFC Performance Institute. In March, Khan talked up the possibility of making the transition from boxing to MMA, but it appears his career is at a standstill for the time being.

Khan was once considered in the ‘Mayweather Sweepstakes’ back in 2013, but was snubbed in favor of rival Marcos Maidana, who the Bolton native had previously beaten.

In early 2014, Mayweather held a week-long poll asking the fans who they wanted to see him fight next. Although Khan won the poll, recording 20,105 votes to 15,474 for Maidana, he didn’t get the fight.

“Floyd’s a great fighter, but I just think it’s a very bad style for him,” Khan told Ariel Helwani of MMA Fighting.com. “I’m not saying he’s scared, but maybe he didn’t think it was the right time.”

There is no denying that Khan has some of the quickest hands in boxing. However, his weak chin has been his biggest weakness, as exemplified in his KO defeats to Breidis Prescott, Danny Garcia, and, as aforementioned, ‘Canelo.’ That alone has prevented Khan from being regarded as one of the greatest boxers of all-time.

And, like most, Khan believes Mayweather will beat McGregor easily.