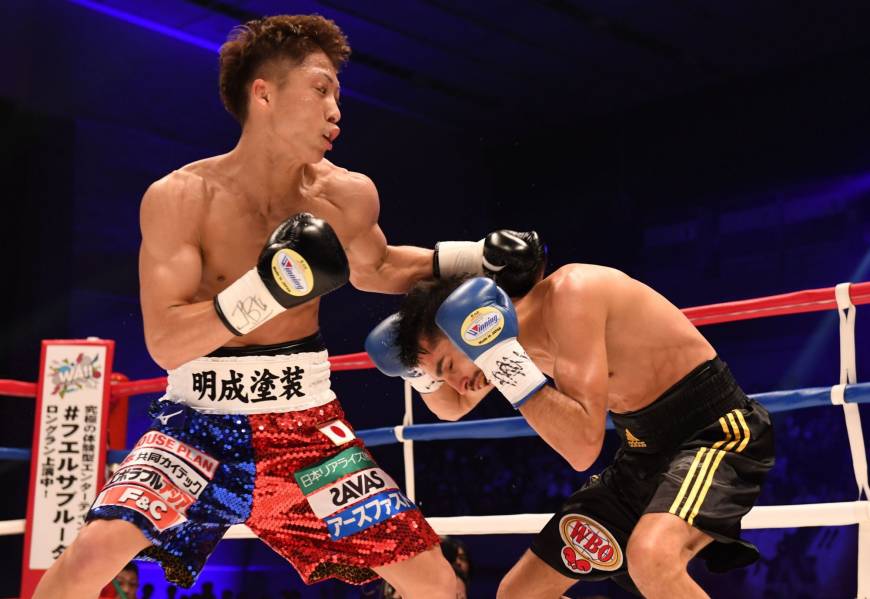 Three years ago, Naoya Inoue enjoyed a Fighter of the Year campaign on the strength of knockout title-winning efforts over the best junior flyweight (Adrian Hernandez) and super flyweight (Omar Narvaez) in the world.

Sadly, it would be as good as it gets for Inoue, as his super flyweight title reign closes with a whimper following a 3rd round stoppage of France's Yoann Boyeaux on Saturday in his hometown of Yokohoma, Japan.

The event was more traditional—Inoue fighting in his hometown on a New Year's Eve-themed event—than it was means to further establish Inoue as one of the best in the sport. There wouldn't be any discussion of further advancement in the mythical pound-for-pound debate in his drubbing of a miserably overmatched opponent whose survival skills weren't enough to avoid being stopped for the first time in his career.

Boyeaux was brought in as the sacrificial opponent simply because he was on the short list of boxers willing to accept the challenge. Inoue has longed for super flyweight unification, but has struggled to get his divisional peers to man the opposite corner for any given fight night. Not even his venturing to the United States in September was enough to entice the likes of Srisaket Sor Rungvisai, Roman Gonzalez, Juan Francisco Estrada and Carlos Cuadras—all of whom have found ways to fight one another.

That's a situation Inoue will have to explain while continuing to face the Boyeaux and Antonio Nieves' of the world. To his credit, he did his best to make lemonades out of a lemon of a contender, putting on a showcase performance for his loyal fans who continue to turn out in droves for his every fight, particularly the ones that land on or close to New Year's Eve which is now four years running.

Saturday's occasion was the least spectacular of the lot, as Boyeaux lacked any answers for the onslaught of one of the very best boxers in the world. Inoue came out swinging as if eager to get an early jump on his New Year's celebration, flooring the first-time title challenger in the opening round and refusing to relent. The sequence put Boyeaux in survival mode from that point onward, using every inch of the ring in his best efforts to avoid additional punishment.

Inoue—one of the more established body punchers in today's market—kept his attack almost exclusively downstairs in the third and final round of the bout. Left hooks provided the first two knockdowns on the round, with Boyeaux (41-5, 26KOs) beating the count and then circling along the ropes without throwing any punches in return. Inoue managed to cut off the ring long enough to plant a two-punch combination to the body to floor his foe for the third time in the round and fourth time on the night. It was enough for referee Raul Caiz Sr. to decide that the bout needn't continue any longer.

The official time was 1:40 of round three.

Inoue advances to 15-0 (13KOs) in making the seventh and likely final defense of his super flyweight title. His reign began on this day three years ago, wrapping up a Fighter of the Year campaign with a two-round destruction of Narvaez, a long-reigning titlist from Argentina who was no hope for the prodigious talent.

That statement continues to ring true for any opponent who steps into the ring with Inoue, although by his own admission "The Monster" truly wishes the past three years had come versus a superior class of competition.

Of the realization that 2018 won't provide any different results at super flyweight, the next step toward realizing his full potential is seeking new ways to challenge himself.

"I have a lot of options. I’m looking forward to something new, including maybe a new start as a bantamweight," Inoue stated according to a translated version of his post-fight interview.

The bout aired live on Fuji TV in Japan.