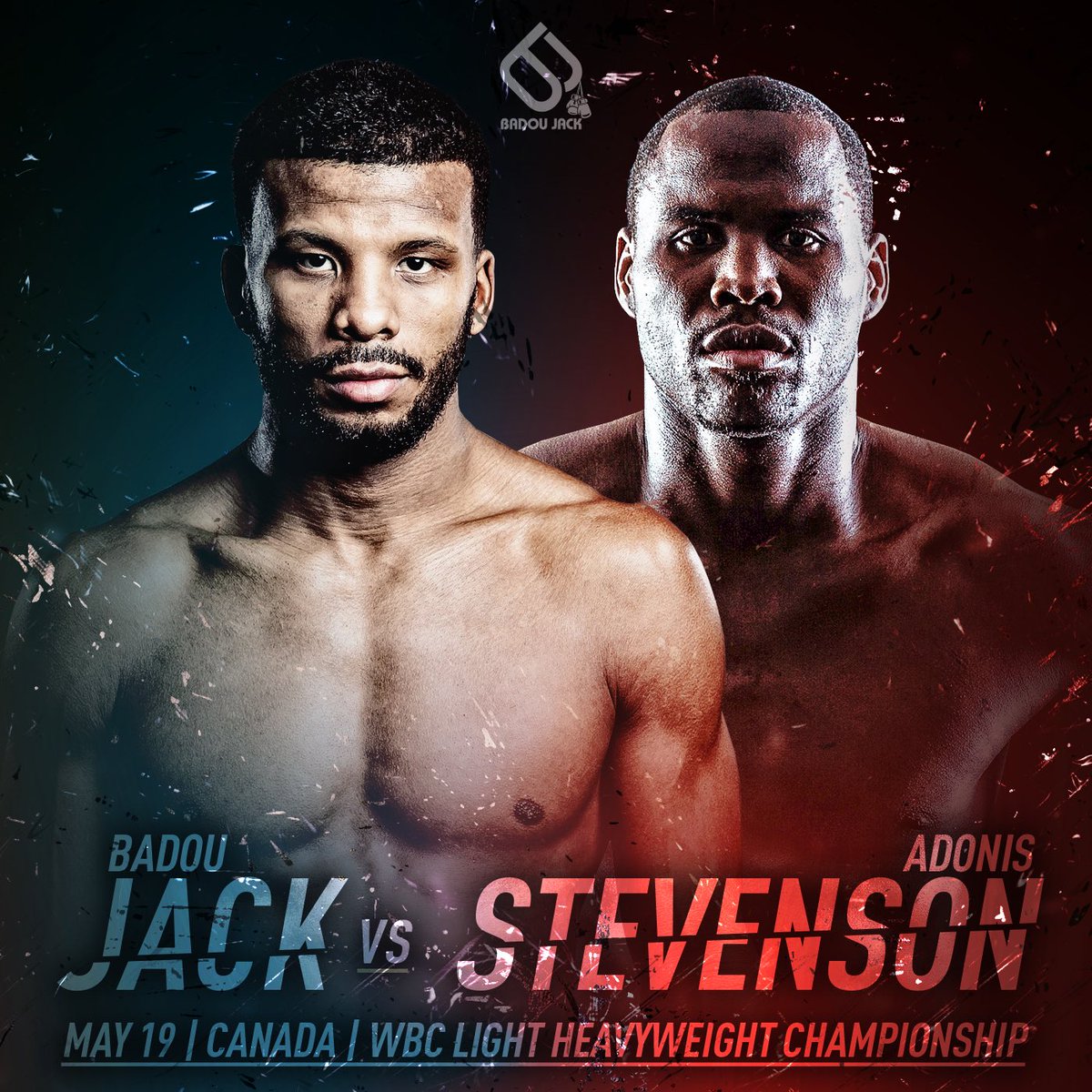 Badou Jack couldn't have chosen a better moment to deliver a career-best performance than when he battered Nathan Cleverly to win a light heavyweight title. The moment came last August, on the undercard of Floyd Mayweather's 50th career win in a one-sided rout of UFC superstar and boxing debutant Conor McGregor atop the most watched boxing telecast of 2017.

No sooner did he claim status as a two-division world champion was the Las Vegas-based Swede forced to relinquish his title due to language in the fight contract outlining such stipulations. Jack agreed to such terms in exchange for a bigger and better fight without the restraints of having to honor a meaningless mandatory challenger.

It didn't happen right away but proved to be well worth the wait. Jack will now challenge for the World (lineal) light heavyweight champion when he faces long-reigning divisional kingpin Adonis Stevenson on May 19 at a Canada venue to be determined.

Their bout was one of 12 title fights announced during a star-studded #BoxingUpFront schedule announcement by the Showtime staff Wednesday afternoon in New York City. Jack was in attendance (Stevenson was not, due to visa issues stemming from his sordid past, and as gleeful as he's ever been during his eight=plus year career, having finally landed the fight of his dreams—even if it meant forfeiting the chance to enjoy a second title reign.

"It wasn't my choice to relinquish the title, it was in the contract," indicated Jack (22-1-2, 13KOs). "Floyd [Mayweather, Jack's promoter] told me he would get me a bigger and better fight against Adonis Stevenson for the WBC title so I couldn't pass that up."

The light heavyweight clash will serve as one-half of a split-site doubleheader, with Keith Thurman due to return to the ring versus a yet-to-be-announced opponent on the same night at Barclays Center in Brooklyn, New York.

Jack will look to become a three-time titlist in two weight classes, interestingly having never lost a title fight despite entering as a former champion. The 34-year old—who represented Gambia in the 2008 Beijing Olympics—scored a major upset in a 12-round win over Anthony Dirrell to claim a super middleweight title, which he successfully defended three times including a disputed draw with James Degale in their attempted title unification clash last January.

The clash with Degale was his last at super middleweight, climbing seven pounds up the scales to crush Cleverly last August on the Mayweather-McGregor Pay-Per-View undercard. No sooner did he win a title was he forced to vacate, which many fans considered unfortunate considering his mandatory challenger was unbeaten Dmitry Bivol.

Still, the move came with means to an end. The latter was realized on Wednesday, as Jack will head to Canada for the first time in his pro career to challenge for the lineal championship, which Stevenson (29-1, 21KOs) attempts to defend for the ninth time in a reign that extends back to his June '13 one-punch 1st round knockout of Chad Dawson.