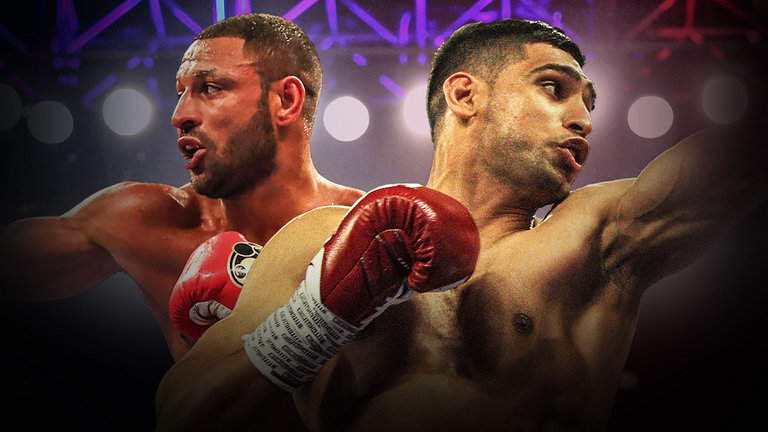 Former 147-pound world champion Kell Brook will be fighting another tune-up opponent in July, but if all goes to plan, Matchroom Sport promoter Eddie Hearn tells Sky Sports that Brook's next bout will potentially be "the big one."

“Kell will be boxing in July and then after that we are looking for the big one,” Hearn exclusively told Sky Sports. “Of course Amir [Khan] is the big focus but I was interested to see Jarrett Hurd’s comments and that’s a fight we would definitely be interested in.”

Brook is coming off a second-round KO of Siarhei Rabchanka in March.

The long-awaited British super fight with former two-division world champion Amir Khan could an option, but there is a caveat -- a major one. Brook moved up to junior middleweight last year after getting knocked out in back-to-back bouts, once at the hands of unified middleweight world titleholder Gennady Golovkin, and by 147-pound titlist Errol Spence. Brook (37-2, 26 KO's), 32, is a natural light heavyweight and moving back down to 147 pounds might be too daunting of a task.

Khan doesn't seem to care though.

Khan (32-4, 20 KO's), 31, who is coming off a 39-second annihilation of Phil Lo Greco in April, stated following his win that although he wants to fight Brook, it must be contested at welterweight. But it is understandable why Khan would not want to fight above 147 pounds again. After all, he was brutally knocked out by Canelo Alvarez in the sixth round of a May 2016 middleweight world title fight contested at 155-pounds.

Khan and Brook want to fight each other, but their demands have constantly gotten in the way of making the bout a reality. However, it is not impossible if both sides are willing to strike a deal.

One proposal is a catch-weight. One fighter moves up a little in weight, and another moves down in weight. Therefore, no fighter has a glaring advantage over the other, and both of their concerns are properly addressed.

Brook-Khan at 150 pounds? It is either that or the fight never happens.