The biggest fights on the cards in 2020: a guide 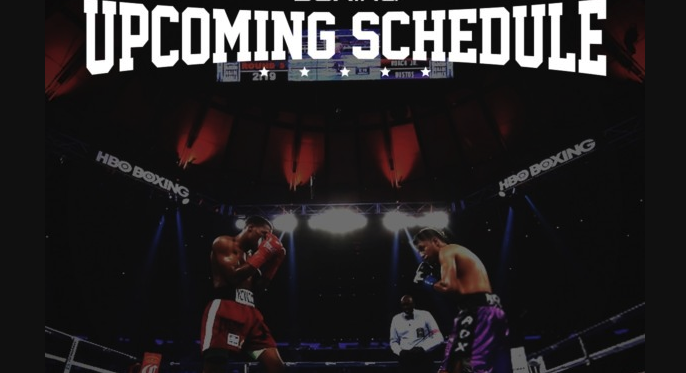 If you’re a big fan of boxing, the arrival of a new decade and a new year means just one thing – a whole host of big fights to watch over the course of the year. The same goes for if you like to bet on the outcome of boxing matches from time to time, perhaps through online sports betting PA: a new year means a range of new fights to wager on, and hence more opportunities to profit.

Which are the big fights to watch out for in 2020? Names ranging from Tyson Fury to Adam Kownacki are set to fight over the next 12 months or so. This article will tell you exactly which fights you should make sure you don’t miss.

One of the biggest fights scheduled in on the calendar in the near future will be the battle between Deontae Wilder and Tyson Fury, which is scheduled to take place on February 22nd. This Saturday night match will take place at 7pm Eastern time, meaning there’ll be ample time to prepare everything you need to watch. It’ll take place in the MGM Grand Garden Arena in Las Vegas, and it’ll be available to watch on both ESPN and on Fox Pay Per View.

The match, which will be part of the World Boxing Council World Heavy Title contest, will be made even more nail biting due to the fact that these two have sparred before. They fought back in December 2018, and there was no winner thanks to the match being declared a split-decision draw. Wilder has fought more often, with 43 under his belt to Fury’s 30 – and the draw last time was the only time either of them had failed to win.

Looking ahead to later in the year, however, FOX will be showing a jam-packed night of fight action on March 7th at the Barclays Center in New York when a range of heavyweight pairs come together to battle it out. There are some pretty strong names on the line-up here, meaning that there’ll be plenty of nail-biting sessions – plus a few gambling opportunities too.

One of the heavyweight pairs to go head to head will be Adam Kownacki and Robert Helenius, while there’s also a fight scheduled between Frank Sanchez and Joey Dawejko. Nigerian pro Efe Ajagba, who made his name at the 2014 Commonwealth Games and is now known as “The One and Only”, will also fight it out against someone – although his opponent has not yet been revealed.

There are also some great fights scheduled in for the first part of 2020 when it comes to women’s boxing. The first big event on that particular calendar will be the match between Finnish boxing superstar Eva Wahlstrom and Terri Harper, which will constitute part of the WBC Super-Featherweight title. It will take place in the FlyDSA Arena in Sheffield in the United Kingdom and is currently scheduled to take place on February 8th.

Fights not yet scheduled

In addition to all of the above fights and several others which are already locked into the calendar, pundits can’t help putting together their dream fight lists. There are all kinds of fights that people want to see happen in 2020, and while there’s no guarantee that they will actually happen, it’s always fun to speculate on what could be.

At some stage, according to many pundits, there’ll need to be a big fight between Anthony Joshua and Tyson Fury. Seeing these two British boxers go head to head would be a sight to behold, and it’s already happened in an informal way. Joshua offered to help Fury prepare for his fight with Wilder, and Fury accepted the offer. Joshua also features in a range of other fantasy matches – including one with Oleksandr Usyk. Usyk was formerly a cruiserweight world champion, so it would be interesting to see how the pair would get on.

When it comes to boxing, 2020 looks set to be a jam-packed year. With fights like the battle between Deontay Wilder and Tyson Fury on the cards as well as others like the knockout between some of the biggest names in the world of women’s boxing, whether you’re spectating or gambling you’ll be spoiled for choice over the course of the coming months.