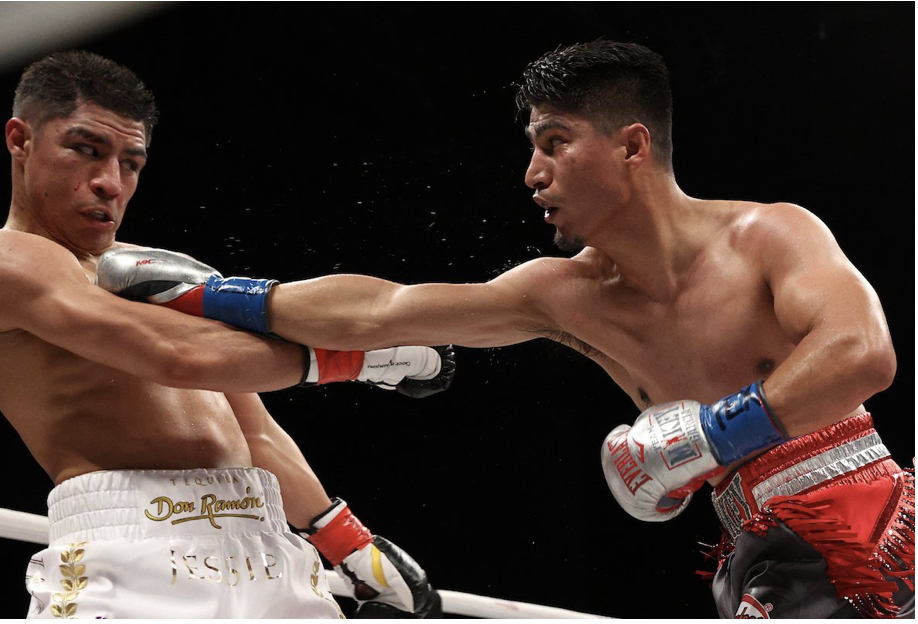 FRISCO, Texas – Mikey Garcia rebounded from his first career loss, outgunning Jessie Vargas to win a unanimous decision before a crowd of 11,019 on Saturday at the Ford Center at The Star in Frisco, Texas.

Vargas, a former world titleholder in two weight classes, appeared to sweep the first four rounds. But in the fifth round, everything changed for the 30-year-old, who entered the ring with four consecutive victories.

Garcia shocked Vargas with a right hand that floored him against the ropes.

“I did have to make adjustment to his height and reach,” said Garcia, who is trained by his older brother Robert.

It had appeared ringside that Vargas had taken firm control of the fight and perhaps was on his way to stopping Garcia himself, but the former four-division world champion hurt Vargas with a left-right combination, which resulted in the knockdown.

“I started to hurt him,” said Garcia. “I landed a good right hand that put him down. I jut kept going. I feel that my speed was a factor. I started to pick up the pace and it worked out well.”

A left hook to the head hurt Vargas again in the seventh, but he was saved by the bell as Garcia was just starting to pour it on.

The pace of the fight slowed, which began to favor Vargas, who caught a second wind and began to work more behind his jab in the 10th round.

Sensing the scores were close, Garcia tried to close the show in the final round, stunning Vargas with a left hook to the head late, but Vargas was able to survive.

Garcia said after the fight that he felt stronger at 147 compared to his first outing against Spence.

“I carried the weight better. It allowed me to perform better. Jessie is a big man, but my talent was able to overcome that.”

Now that Garcia will likely remain at welterweight, he wants to face the best.

“I think I have great options at 147 pounds. I’d like to fight Manny Pacquiao or get the rematch against Errol Spence. I want to continue fighting at 147 pounds. I think I could be the likely opponent for Manny.”

“I got a little overconfident,” said Vargas. “I thought I hurt him in the fourth. Mikey fought pretty good. His timing is very good.

“I didn’t follow guidelines and I’m a little down because I lost. No complaints. I’m going to talk to my promoters and my advisor and we’ll talk about what is next.

“Garcia is a good fighter. He fought well today. He can match with some of the top fighters.”