All Eyes on George Kambosos Jr After Stunning Upset 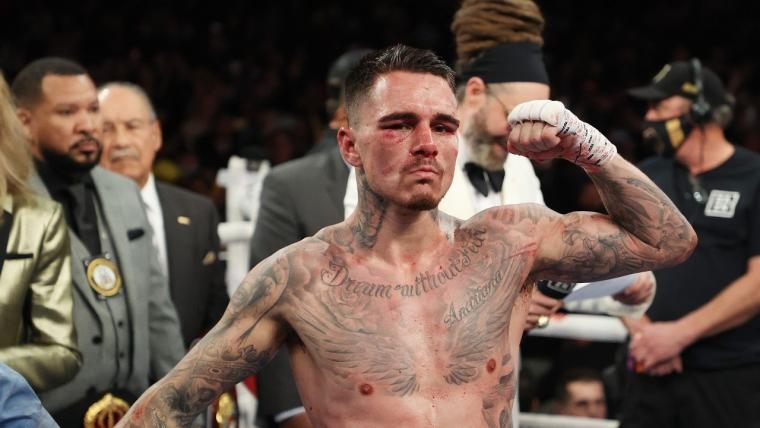 Newly crowned WBA, IBF, and WBO Lightweight Champion George Kambosos Jr has all eyes on him following his major upset victory over Teofimo Lopez Saturday night at Madison Square Garden. Kambosos Jr defeated Lopez by split decision Saturday night in a fight that saw him drop Teofimo, and then get dropped himself later in the fight, only to get up and push forward to win.

So what's next for the newly crowned champion? The speculation is that they will try to make a major fight against WBC Welterweight champion Devin Haney. First, Haney must win this Saturday night when he takes on the tough Joseph "JoJo" Diaz. However, even if that happens Kambosos Jr wants to fight in Australia next. Going to Australia could be tough for Haney especially with Covid restrictions changing by the minute in the country.

Some other names that have been mentioned to square off against the new champ? Ryan Garcia stated he wants the fight next. Shakur Stevenson also called out Kambosos Jr. One of the mandatories for Kambosos Jr's appears to be Vasyl Lomachenko as well.

Any of the names mentioned above would be a great fight with Kambosos likely finding himself as an underdog. We'll see what the future holds. Kambosos Jr is expected to return in early Spring of 2022.